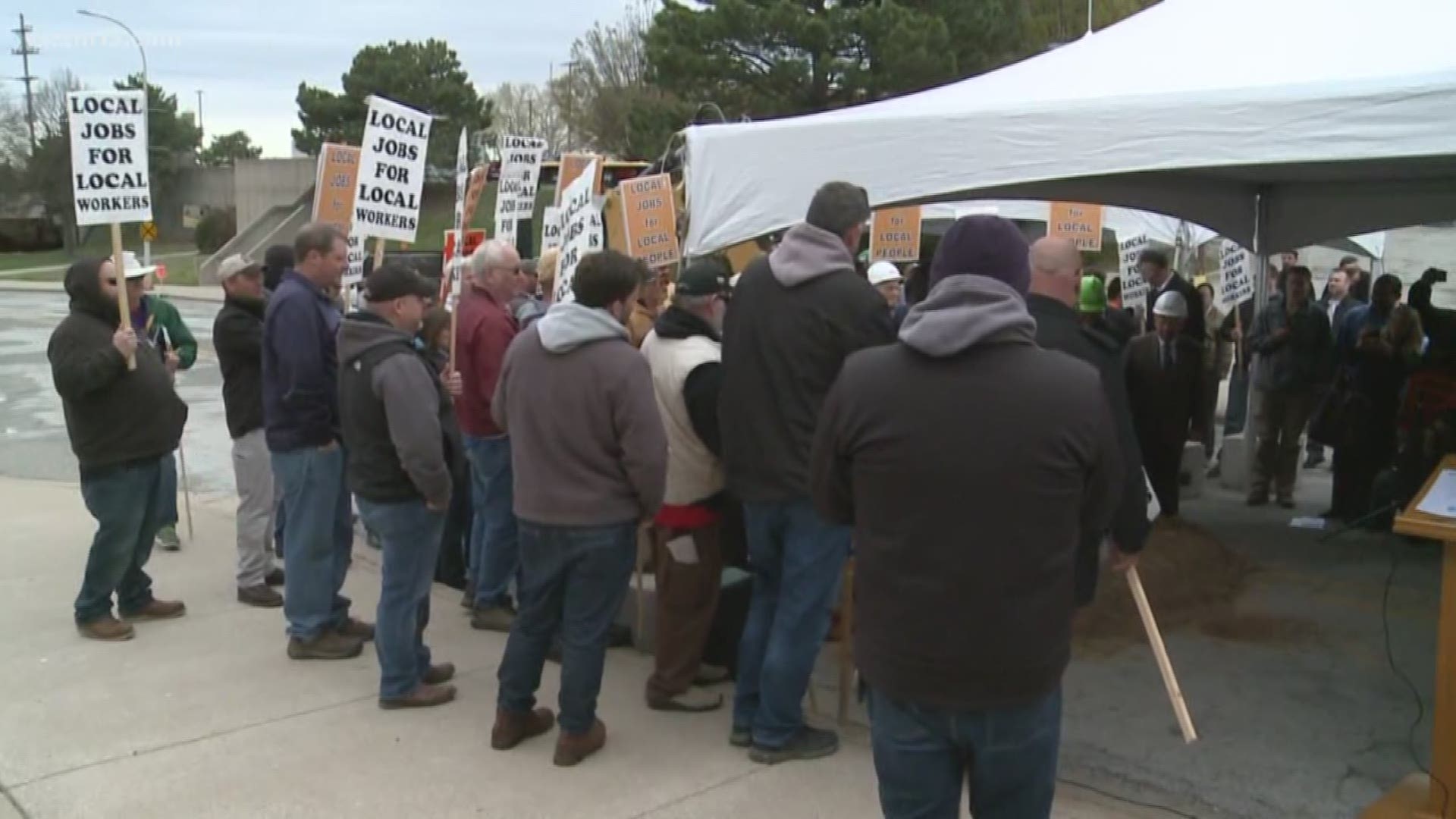 MUSKEGON, Mich. — Ground was broke May 8 on a new downtown Muskegon convention center decades after the need for large meeting space was first identified by community leaders.

The city has come a long ways since the removal of the Muskegon Mall left large vacant sand lots in the heart of downtown.

"You take a dead spot and you make it an area that's full of life and full of energy and this will just continue to take that to another level," said Muskegon Mayor Stephen Gawron.

"The study was very important and it kind of validated what we knew was happening here," said Bob Lukens, Visit Muskegon. "We didn't have space to attract these larger meetings, conventions, and trade shows."

The convention center is expected to boost year round tourism and create an economic impact of $10-million annually. Community leaders believe it will also result in 140 new full and part-time jobs in Muskegon.

"We have a lot of momentum going in the county and this convention center will capitalize on all of that," said Tom Schultz, Board Chair Muskegon Lakeshore Chamber of Commerce.

The project is a result of a public private partnership between the City of Muskegon, County of Muskegon, and Parkland Properties, owners of the Muskegon Holiday Inn.

Muskegon County Commissioners recently stripped prevailing wage language from the agreement between the county, city, and Parkland Properties. A union lead protest including Muskegon area tradesmen and women took place around the groundbreaking site. Workers say the county's action opens the door to non-union workers from as far away as Flint to build the convention center.

"When these jobs come thru and we see these out-of-town workers come in it really hurts," said Ryan Bennett, West Michigan Plumbers Fitters Local 174.

The new agreement without prevailing wage language has been sent to Muskegon City Commissioners. It's expected to go before the commission this month. Mayor Gawron says it's too early to say how commissioners will vote, city leaders are still studying what options they have following the county's action.

"And that's not a spin, that's just the way it is," said Gawron.

Later in May Fourth Street will be closed and foundation work will begin at the site. It's expected to open in the first quarter of 2021.