People gathered at the George Floyd street mural in north Toledo to honor him and talk about where the movement for police accountability and reform goes from here. 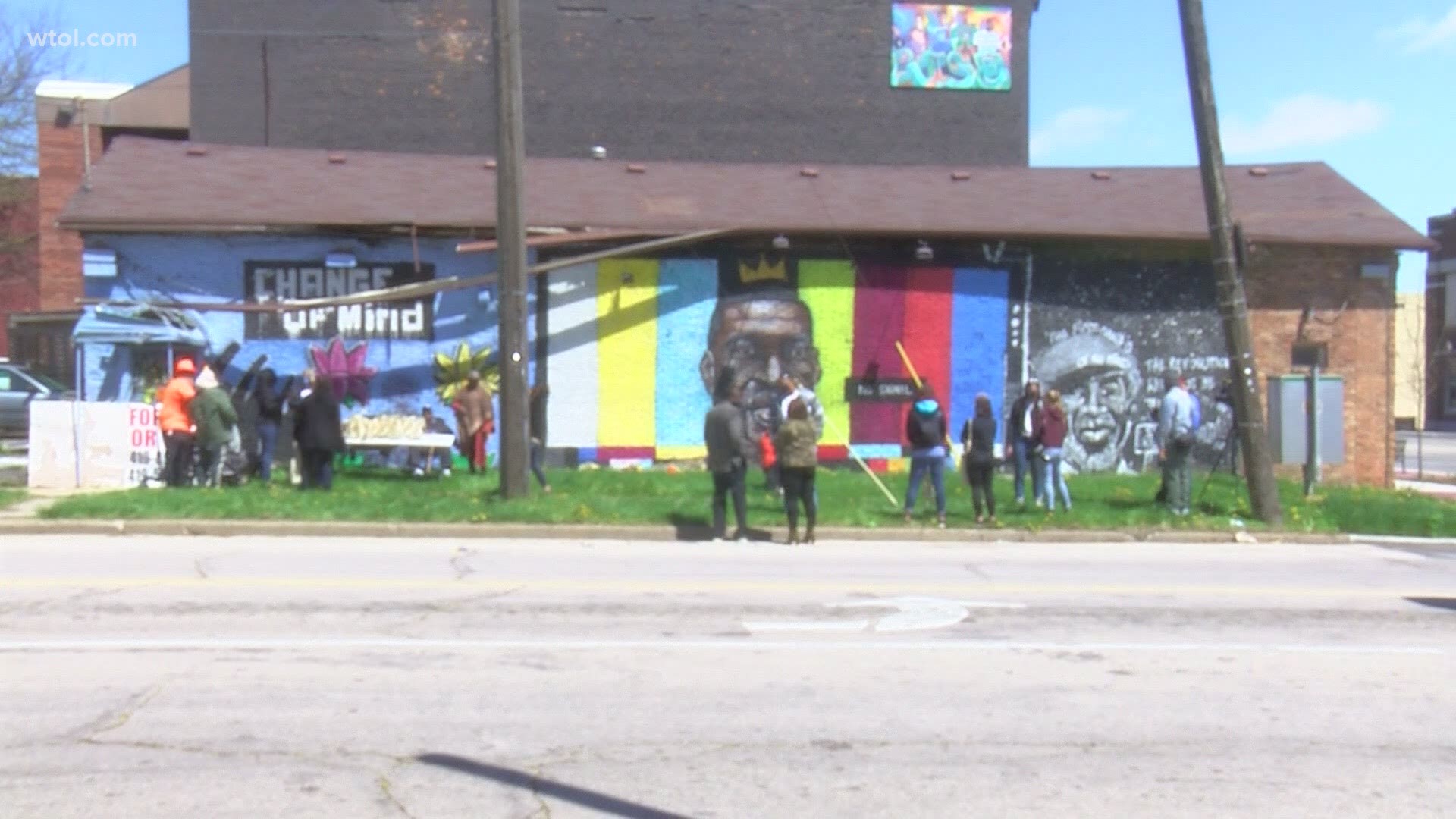 TOLEDO, Ohio — Just days after a jury found former Minneapolis police officer Derek Chauvin guilty of the murder of George Floyd, there seems to be a sense of renewed hope.

Community members gathered at the Floyd street mural at Lagrange and Summit in north Toledo on Sunday.

People believe the verdict can be a catalyst for change.

"This is a win," said Toledo artist David Ross. "This is a victory, but it's just the start of the conversation, it's not the end."

Ross helped create a large mural of George Floyd on a building on Summit and Lagrange last July. He says the artwork stands as a memorial and reminder to never forget what happened.

"Everybody realizing that what happened was wrong and it happens all too often," said Ross.

Now almost a year later, people gathered at the mural to remember Floyd's life and the change he now stands for.

"With this human rights issue, I feel like having a candid conversation with someone is where that change begins," said Ellen Dziubek, who was moved to start participating after Floyd's death.

The Human Relations Commission of Toledo chose the mural for the event.

"Continuing the process, not just talking about it," HRC member Sierra Webb said, "feeling something, understanding the pain, the grief, the celebration that comes from it."

Webb stressed street art can help spark conversations that can lead to change.

"It's representative of the work that we need to do moving forward about the community coming together," Webb added.

Ross said the mural was meant to be a memorial, but now stands more as a symbol of accountability and change.

"It's all our fight to end racism," he said. "It's not just a particular color because it sets all of us back."

The HRC is planning more events with other community groups to keep the conversation going.

A vigil is planned for May 2 at Ottawa Park to talk about police and justice reform in light of the Chauvin verdict.