Veterans walk from Marne to Ludington to combat soldier suicide

A group of veterans in West Michigan are raising awareness about suicide by walking 92 miles. 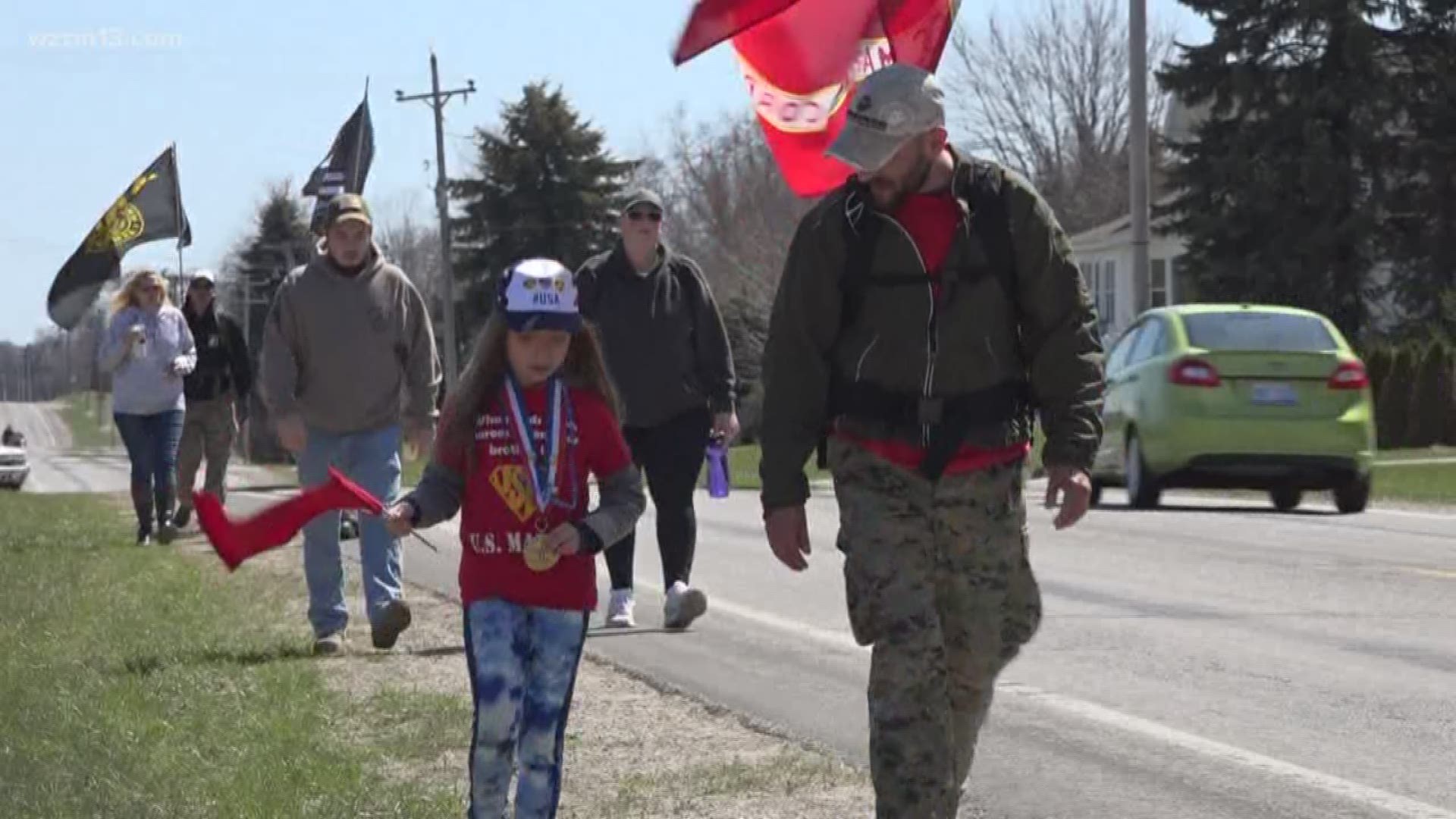 LUDINGTON, Mich. - About 22 veterans took their lives every day from 1999 to 2010, according to a Veterans Affairs study.

It's that statistic that motivated a group of Michigan veterans to organize the 92 for 22 walk, in which a group of former Marines and soldiers walk the 92 miles from Marne to Ludington.

The group aims to raise awareness about veterans' suicide and the resources available for people trying to cope with returning from military service.

"I've tasted the barrel of my own gun before," said Bart Garmek, the founder of 92 for 22. "We've all been in that one little spot where we are so low that we thought there was nothing else that could help us."

When the group of walkers reached Ludington, they were greeted with 22 flags with 22 pictures on them—which was a tribute to veterans who took their own lives.

"That's sad," said Kristan Green is the Vice President of 92 for 22. "I think it's going to bring out the perspective to a lot of people."

Waiting for them outside the Ludington American Legion Post: 22 flags and 22 pictures -- a tribute to veterans who took their own lives pic.twitter.com/ascLZMSuY0