A third man is awaiting arraignment for his involvement in the break-ins. 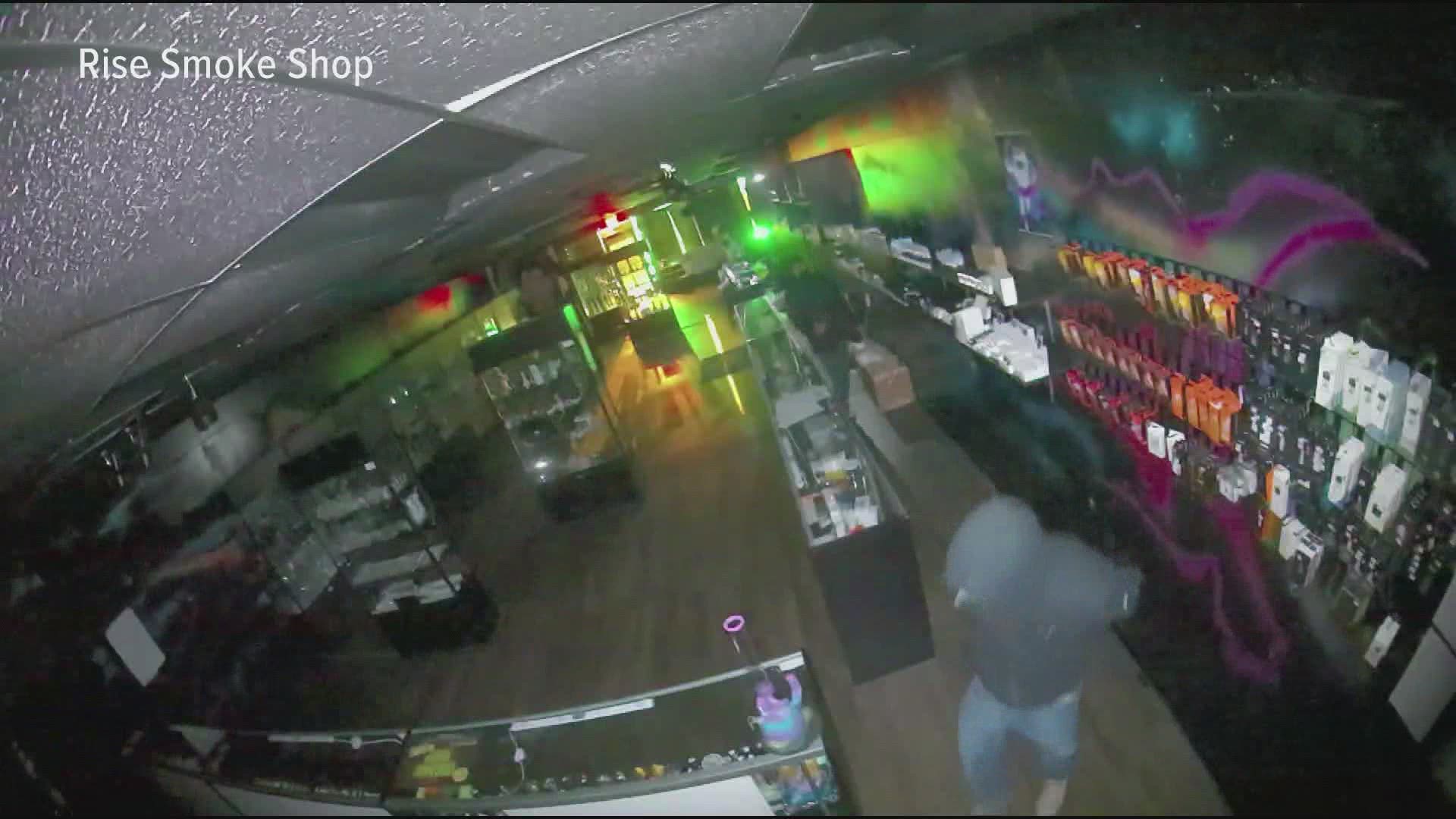 COMSTOCK PARK, Mich. — Two teens are facing charges after multiple break-ins at businesses along Alpine Avenue, and a third man is awaiting arraignment for his involvement.

According to the Kent County Sheriff's Office, the prosecutor's office issued one count of conducting criminal enterprises against Ricky Carpentier, 17,  and three counts of breaking and entering against Dalen Patterson, 17.

The sheriff's office did not have new details on a third person arrested early Thursday. His name will be released following his arraignment.

Around 4:45 a.m. Thursday, deputies were responding to an intrusion alarm at the Boost Mobile located at 3780 Alpine Ave. Before they arrived to the cell phone store, they were alerted to an active breaking and entering complaint at Rise Smoke Shop located at 3728 Alpine Ave.

When deputies arrived at the smoke shop, they saw the front door glass smashed in and someone was walking towards the store. The sheriff's office said that person tried to run, but was caught and taken into custody.

Two other people, who were inside the smoke shop when deputies arrived, where taken into custody as they exited the store.

Investigators determined that the three break-ins were related -- stolen items from all three businesses were recovered from a vehicle parked at Rise Smoke Shop.

The sheriff's office said both Grandville Police Department and Wyoming Police Department were investigating several car dealership breaking and entering complaints that occurred within their jurisdictions overnight Thursday as well.

The Kent County Sheriff's Office said it is too early to say that car dealership break-ins in Grandville and Wyoming are related to the break-ins along Alpine Avenue, but investigators were looking into the possibility.