They put out a call to investors this week. 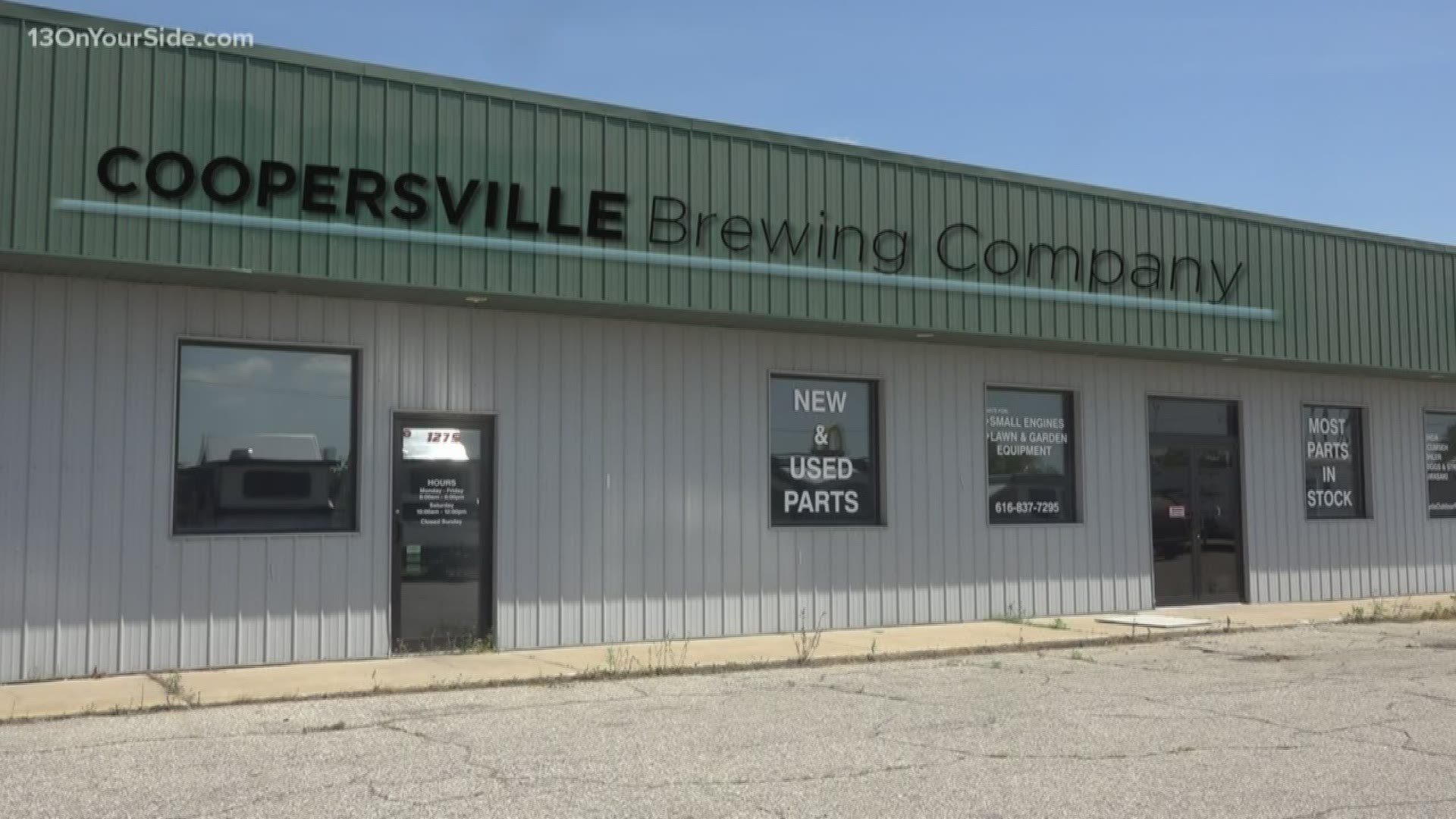 COOPERSVILLE, Mich. — Walking around an empty building next to his family's RV business, Jeremy Grossenbacher points out everything: the bar, the brew house, even the shuffleboard area.

"We brew on a home brewing system probably once a week right now, trying certain recipes and dialing them in," said Grossenbacher, who currently manages Fun-N-Sun RV on W Randall Street.

The Coopersville native plans to open the city's first brewery. It's his attempt to connect the "ale trail" in the rich West Michigan beer market.

"When I looked at a [brewery] map, and you see all these pins dotting the Grand Rapids area...and they're really starting to get more and more on the lakeshore, there's this big yellow line that's 96 on a map that runs between it – and there's nothing," he said.

Grossenbacher partnered with Jim Goodburn, the former head brewer at Grand Armory in Grand Haven, to start Coopersville Brewing Company. They chose to name the brewery after the city to give the area more recognition.

"I want people to know exactly where they are," Grossenbacher said. "I want this to be a community brewery. I want to bring people into Coopersville that otherwise wouldn't have a reason to be here."

The brewery will add to the over $500 million invested in Coopersville in the last five years, said Ellen Beerands, director of the Downtown Development Authority.

Grossenbacher and Goodburn plan to source many of their ingredients locally. They will brew with barely from a farm in Ravenna, malt from Zeeland and hops from Coopersville.

"It's part of our fabric of our brand, our concept and who we are," Grossenbacher said. "Trying to source those ingredients within a 25 mile radius is pretty cool."

If they complete their fundraising and get their licensing promptly, Grossenbacher hopes to open within eight months to a year.