COVID-19 quarantine rules are cause for concern for parents

A Kentwood Public Schools parent is outraged over her daughter's quarantine. 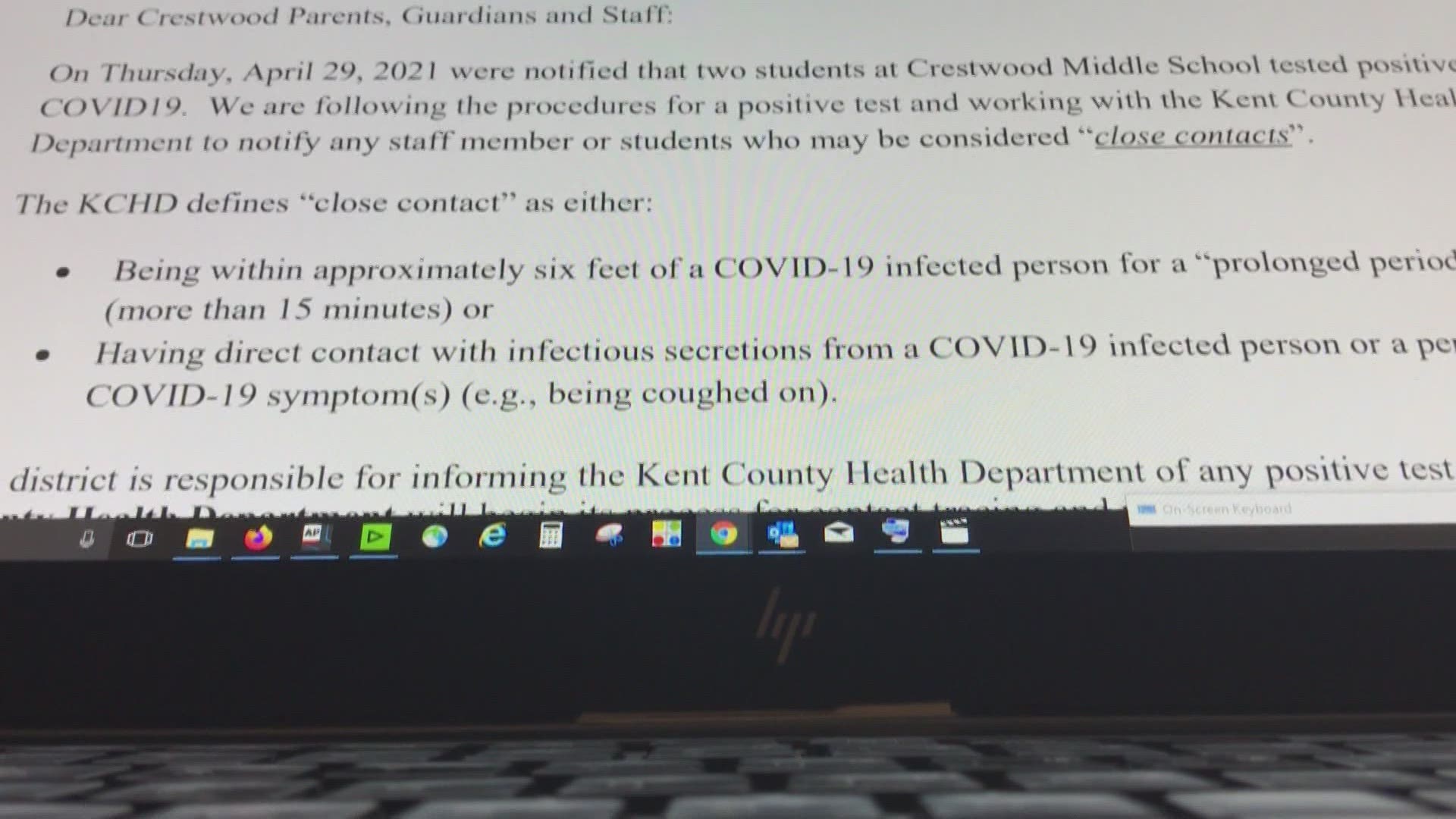 KENTWOOD, Mich. — Students in many West Michigan counties will no longer be subject to mandatory quarantine, even if they've come in close contact with a COVID-positive person. The State of Michigan will no longer require student quarantine, but leave the decision up to local health departments.

In a joint announcement Friday, Kent, Ottawa, Muskegon and Ionia counties declared they would not immediately be issuing close contact orders. Instead, that decision will now be up to each individual school district.

The issue of mandatory quarantine has been a frustrating one for some West Michigan parents, including Kentwood mother, Sherry Sims.

Her daughter, Briasia, is a straight-A student athlete that attends Crestwood Middle School in Kentwood. Sims said her daughter has always excelled academically, except when she's forced to learn remotely.

Needless to say, Sims was unhappy when her eighth grader was forced to quarantine for two weeks beginning April 29 -- a decision Sims feels was unnecessary.

"On her birthday, which was last Thursday, I got a call from her, asking for a ride home. I work out of town. I asked her why, was something wrong. She said a kid who sits next to her tested positive for COVID. Now, my heart goes out to that person, but Briasia is not positive for COVID. Not only is she not positive, but she gets tested every week for being in athletics," said Sims. "And, it's under my understanding that you have to be six feet apart. And, if you're six feet apart, you won't contract the virus. My daughter is known for wearing her mask. She wears her mask at home. So how can someone give her COVID If she's been following rules?"

Sims said she reached out to the principal and her confusion turned into frustration.

Sims said that's the first time she heard students were sitting closer than that. Briasia, fighting through tears, explained how she feels about the situation.

"I was mad at the fact that I had to go home because I wasn't six feet. That's not my fault. They gave me assigned seats," she said.

Sims, recognizing how hard this was on her daughter, got her tested two times in one week.

"She's really a good kid. She loves her teachers. She loves being in school," she explained.

That COVID test came back negative as well.

However, it does matter. According to Joann Hoganson with the Kent County Health Department, they impose quarantines based on the recommendations of the school district. But in this case, Hoganson said Kentwood Public Schools was operating without all the facts. 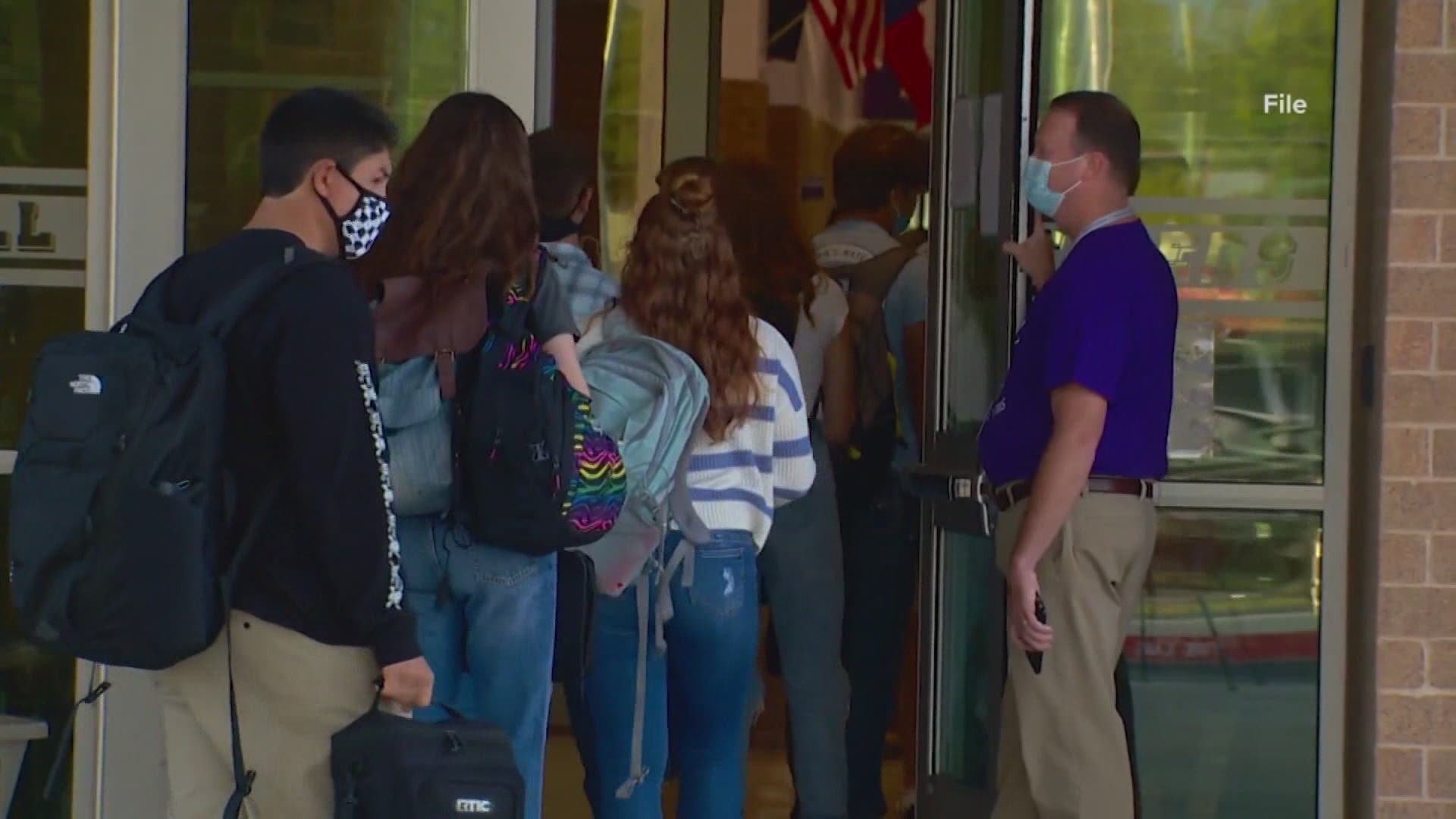 "If the three feet is adequate, then she should be at school," Sims said, struggling to understand the situation.

But according to the district's Executive Director for Human Resources Jamie Gordon, they didn't have the latest recommendations from KCHD until after 13 ON YOUR SIDE reached out about Sims' concerns. She said once they confirmed the information on May 4, they started using that as the benchmark for quarantine and stopped sending students home based on the six-feet rule.

"I did confirm that with K-8, they are (contact) tracing at three feet, so we have given that direction to our principals, that they are able to use three feet as a marker. So, that has started happening already, in the last couple of days," Gordon said during a telephone interview.

"When they asked us about the pilot, we chose not to because we didn't want to switch back and forth. We thought we would wait and see what they found during their pilot. And then I did not hear officially that they were making the change. So, now that I'm aware of that, we have made the change."

Gordon said students who have been sent home to quarantine under the old rules can contact their principal to discuss returning early. Unfortunately, that did not help Briasia Sims, who wasn't informed until after her quarantine period was over.

"She's missed out on two weeks’ worth of track meets," said Sims. "This is important because they just took two weeks from my daughter's life. You know, I get it. I'm an essential worker on the front line. I know what rules to follow. I know we've lost a bunch of people to COVID. I'm not disregarding anyone's life or safety, that has been truly affected by this. But when you do all you can to make sure everyone around you is safe, I feel like it's the school's job to do their part."

Briasia, concerned that missing so much of her last season before high school will set her back, simply wants one thing.

"I just want them to do better," she said.

It's unclear what the district's policies will be now that the rules and guidance have changed again. 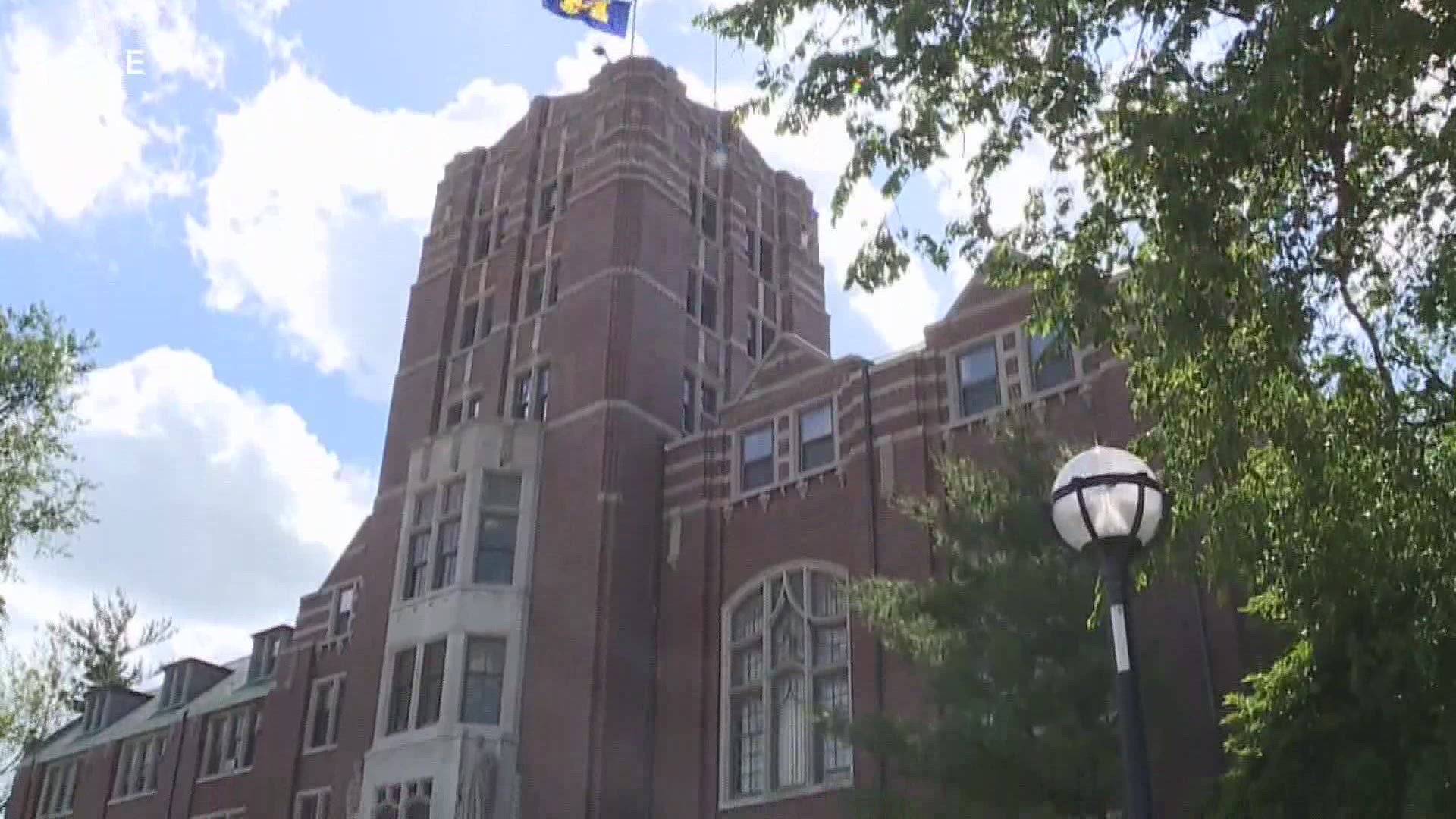