"For folks that might not be making it out on the water, this will be a way to experience that," said Jessica VanGinhoven. 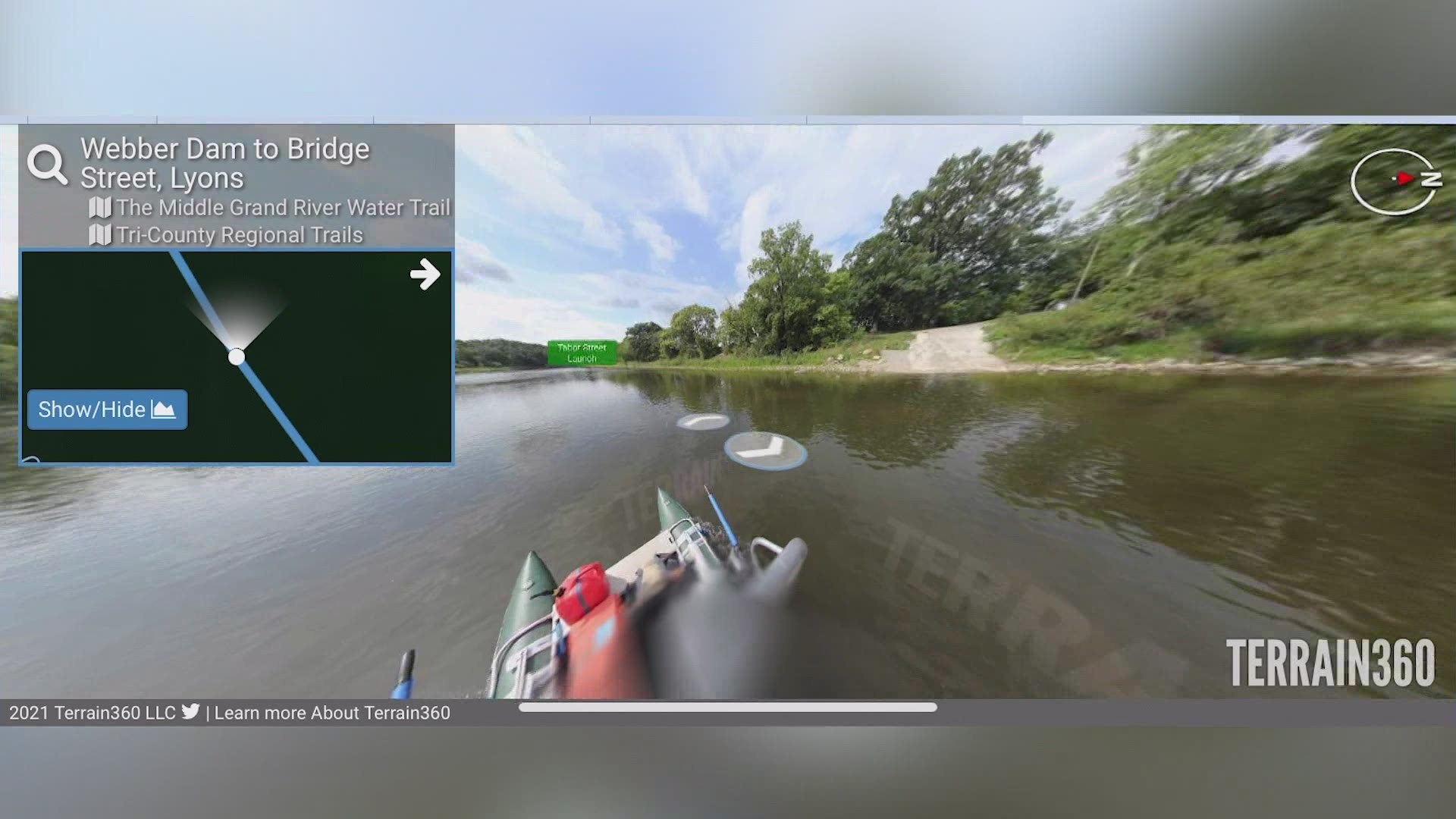 OTTAWA COUNTY, Mich. — A man from Richmond, Virginia is bringing his technology and skill set to West Michigan to show a perspective of the Grand River unlike any that's ever been seen before.

We'll now be able to look at the waterway through a first-person, 360-degree view.

Ryan Abrahamsen owns Terrain 360. It's a digital mapping company that was brought in by Ottawa County to map the lower watershed of the Grand River.

Abrahamsen has already mapped the upper and middle watersheds with his hand-built pontoon boat and camera equipment.

13 ON YOUR SIDE rode along with Abrahamsen as he started mapping in from the Grand Haven boat launch.

On board is a tall pole with five cameras attached at the top, plus a small computer system below.

Credit: Keely Lovern
Five cameras are attached to a tall pole on board the Terrain 360 pontoon boat.

"The cameras shoot automatically, snapping every 40 or 50 feet to take a set of pictures," said Abrahamsen.

"We take those pictures, run them through a computer program, and render them for a digital map," he added.

Ryan Abrahamsen said he always thought this viewpoint from technology was so cool and he thought it could be used for even more maps.

"I thought, why can't we do something like this for the outdoors," Abrahamsen said, "like a river, or the shoreline of a lake. Even for a hiking path or bike trail, too."

This project was brought in by a few groups in the county, including the Lower Grand River Organization of Watersheds (LGROW), and Ottawa County Parks and Recreation.

VanGinhoven also said they hope this mapping will give the lower Grand River a state designation like the other two watersheds.

"That recognition from the state helps with conservation efforts, restoration efforts and recreation as well," VanGinhoven said. "It will bring a lot more attention just being part of their mapping system."

VanGinhoven added that there is a lot of undeveloped land along the Grand River.

"It is so quiet, and so peaceful," she said, "and so for folks that might not be making it out on the water, this will be a way to experience that."

"And for those who are planning trips on the water this will be helpful as well," she added.

Ryan Abrahamsen said in his time working in this business, he's seen the effects of climate change on nature, and he hopes this technology will be one way to preserve its history.

"The shoreline changes," said Abrahamsen, "so to me, it's just creating a digital archive, forever essentially, of our natural world."

The new mapping of the lower Grand River Watershed should be available to view within the next few months. 13 ON YOUR SIDE will keep you updated as that information becomes available.

You can also watch for updates from the county here. 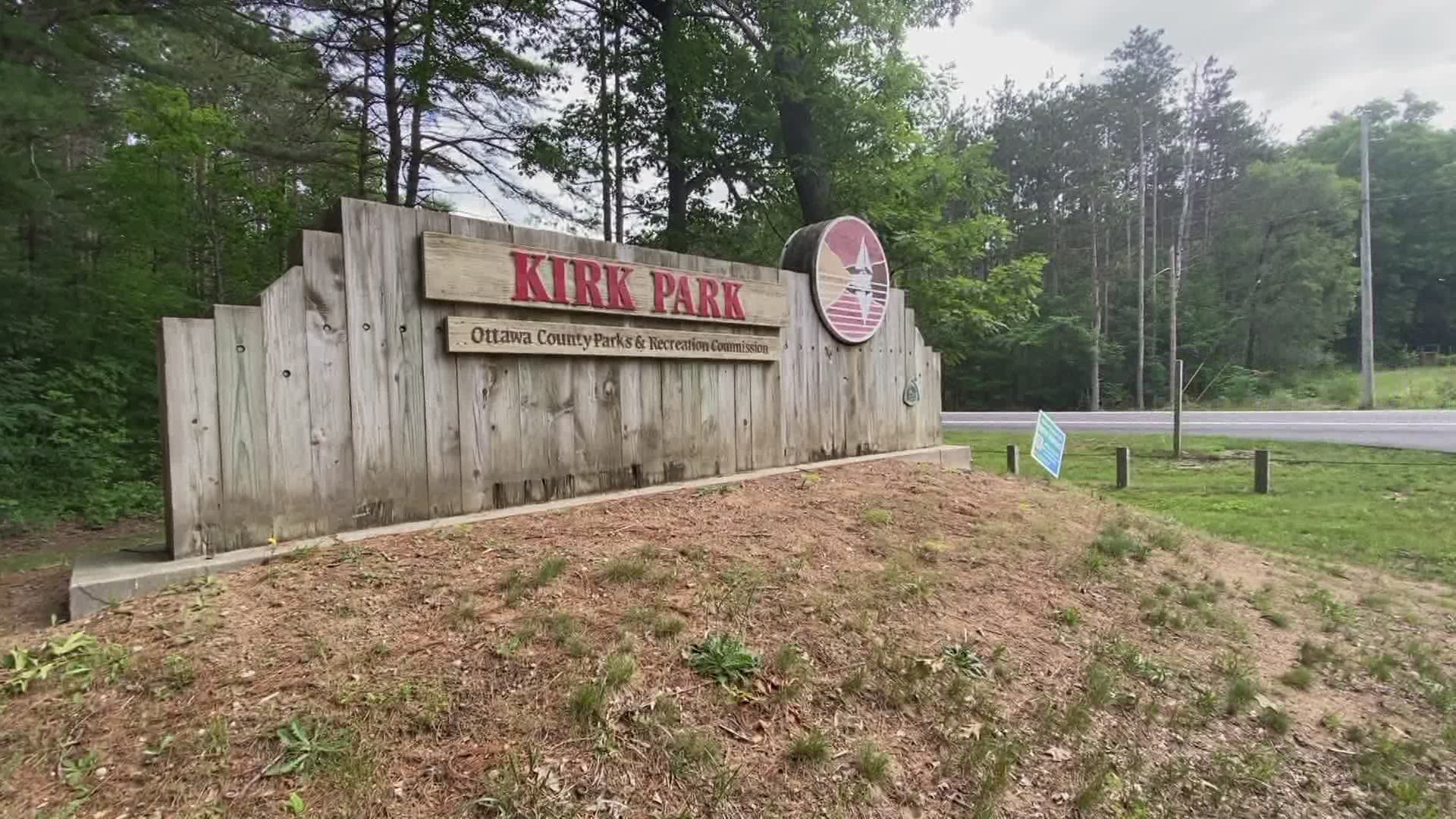