Consumers Energy says crews have been working around the clock to provide power back to West Michigan residents. 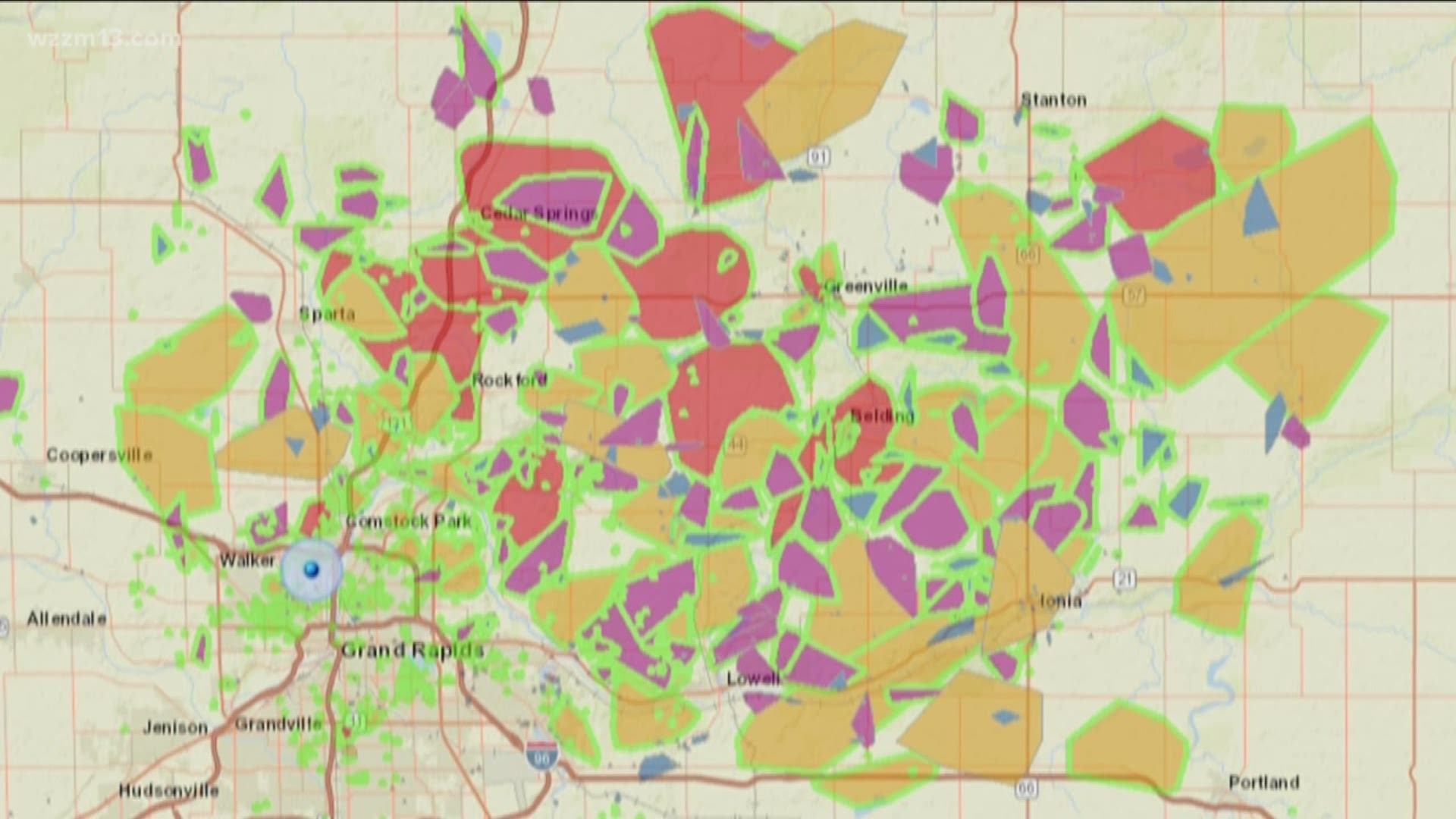 According to an update from Consumer's Energy, as of 4:30 a.m., about 77,300 customers were experiencing outages across Michigan, mostly in west Michigan where an ice storm coated trees and electric equipment. Outages were compounded by winds that packed speeds up to 55 mph across the Lower Peninsula Thursday and Friday.

RELATED: Over 100 retirement home residents evacuated due to power outage

Consumers Energy employees are pulling 16-hour shifts through the end of the week to assist with restoration. Their efforts have restored electric service to over 153,700 customers.

The majority of people without power can expect their service restored by late Sunday. Final restoration for those in hardest hit areas will see power late Monday.

Officials continue to warn residents on the dangers of downed power lines. At one point, in the wake of the storm there were more than 3,000 downed lines and crews are still working to address them.

For those in need of warmth and food, the American Red Cross opened shelters at Union and Ottawa Hills high schools as well as North Rockford Middle School and the Walker Fire Department for residents who need warm housing during the outage.

The Kent County Animal Shelter said that they would board pets for free for residents seeking emergency shelter in Grand Rapids.

Keep track of the outages on Consumers Energy's outage map.

Consumers Energy customers can sign up to get outage alerts and restoration times sent to a phone, email or text message, Text ‘REG' to 232273 or visit ConsumersEnergy.com/alerts.