After losing a battle with cancer, a Hudsonville dad surprised his son one last time 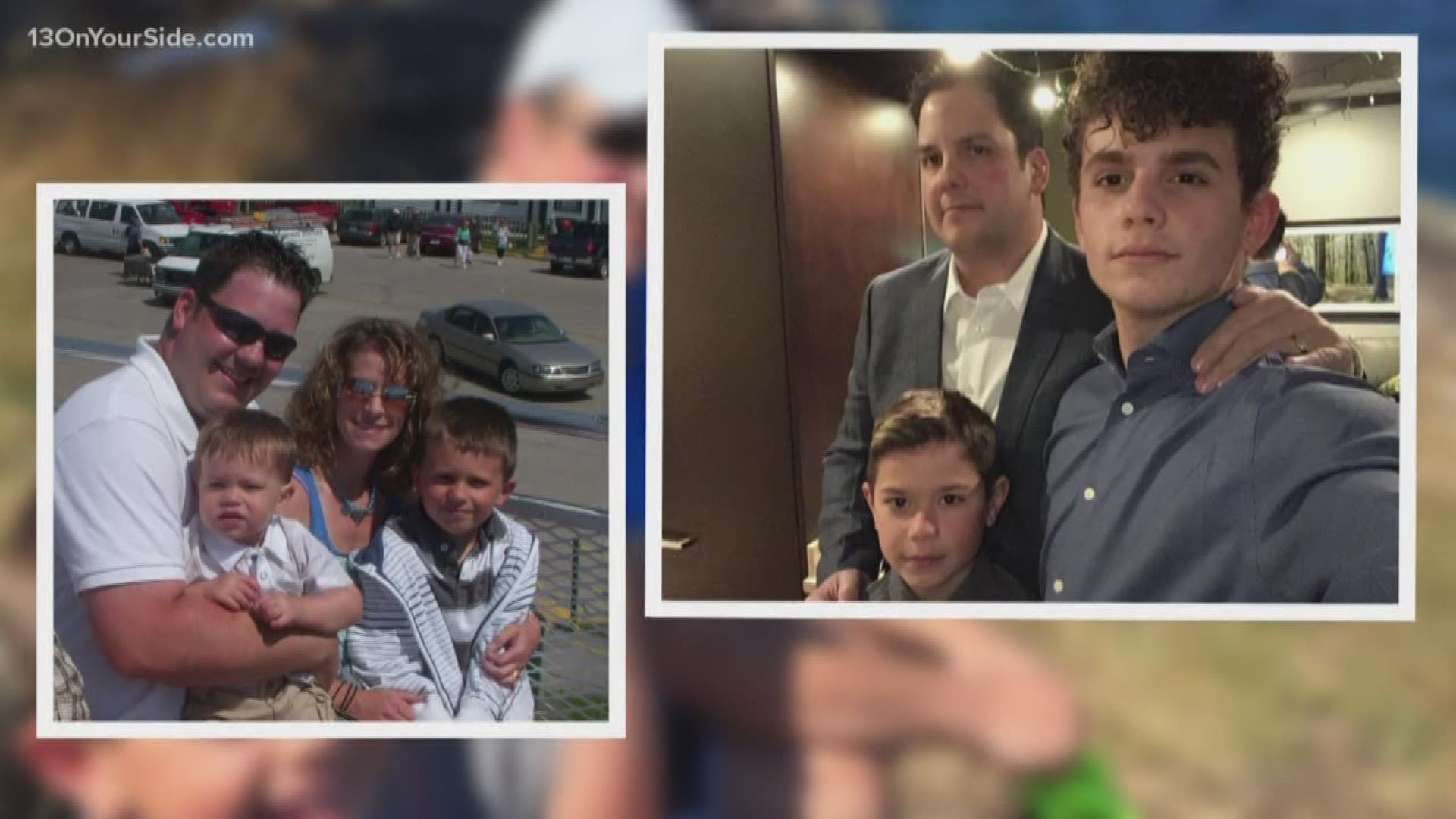 HUDSONVILLE, Mich. — A man known for his big gestures saved his best surprise for last.

Joe Kavaluskis, 47, battled multiple myeloma, a rare blood cancer, for 9 years before he lost his fight on January 8.

Before he passed, Joe Kavaluskis told his wife to get their son a puppy after he passed. The father had a severe dog allergy that kept his youngest son Logan from fulfilling his dream of having a Boston Terrier.

"We went and picked him up on Logan's birthday. His golden birthday. Thirteen on the thirteenth," said Logan's mom, Melanie Kavaluskis. "It couldn't have been more perfect."

Just a week after his father's death, the family drove to Midland, Mich., to pick up their new puppy now named Indy. Logan had no idea the puppy was for him until half way through the ride home, when his cousin and mom broke the news.

"Words can't explain the shock," Logan said from his house on Jan. 31. "I had to ask 'really?' again, just to make sure it was my dog and not a horrid prank."

When Logan was 3-years-old, he got a Boston Terrier stuffed animal from a Silver Lake gift shop. He named it ''Puppers'' and took it everywhere for years. Throughout his childhood, Logan had every other pet like lizards, hamsters and hermit crabs. But, he never stopped wishing for a dog.

His dad made that wish a reality while simultaneously providing comfort to their whole family during one of the hardest times of their lives.

"He fits to all of our needs. Cuddles with my mom and my brother and plays with me, unless I want him to relax," Logan said with a giggle.

Melanie Kavaluskis says this final gesture may have been her husband's very best.

"He got it right. This was amazing. This gift is just perfect. Perfect timing," she said.