Courtany Lallo happened to catch the whole thing on camera. 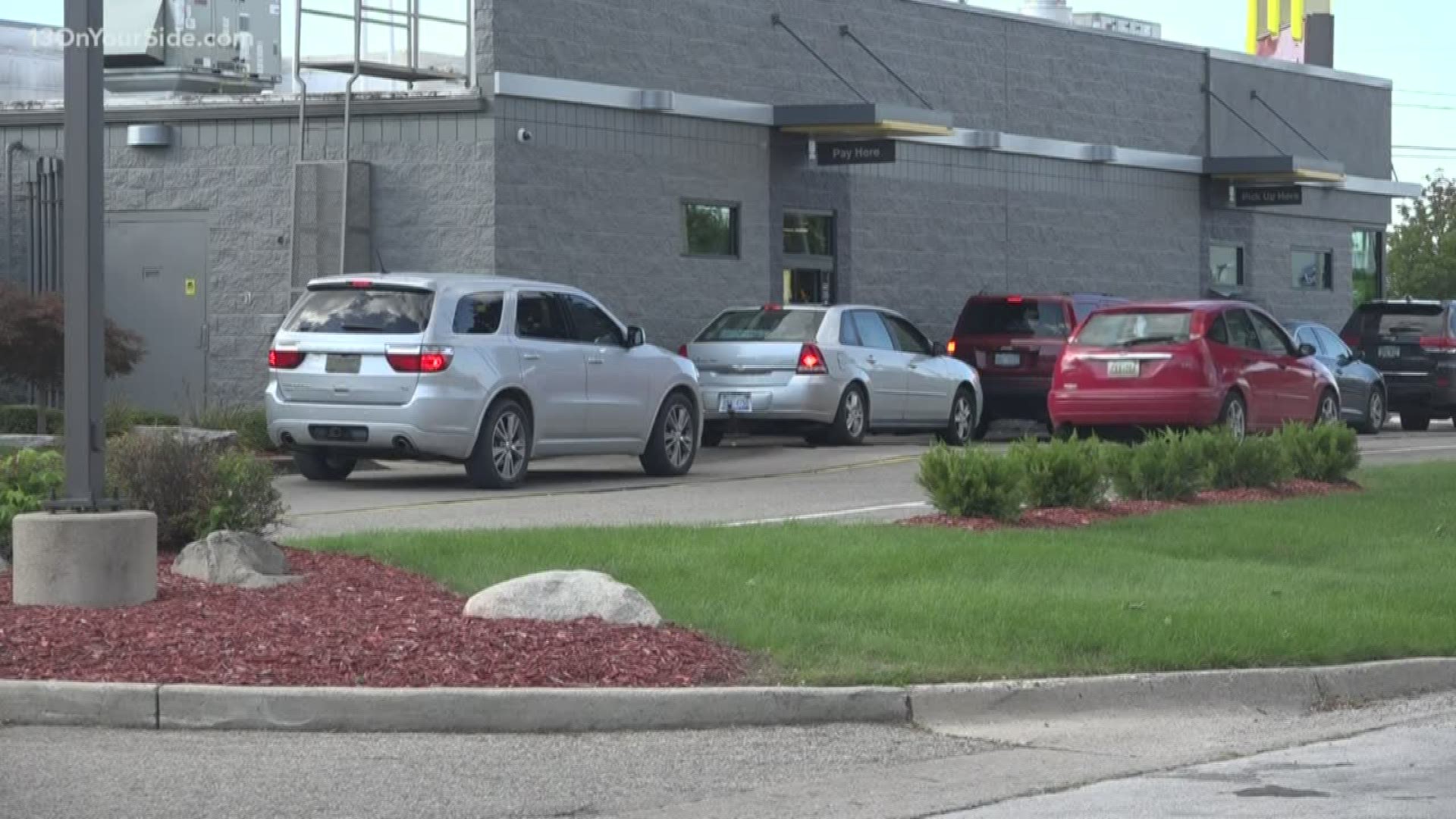 GRAND RAPIDS, Mich — A Plainfield township woman is calling him the "Hamburglar," after a car in front of her at a McDonald’s drive-thru literally stole her fast food order.

Courtany Lallo happened to catch the whole thing on her car’s dash cam video on Sunday when she was going through the drive-thru at a McDonald’s on Plainfield Avenue.

"I was at the first lane and there was a guy at the second lane," Lallo said. "When it was my turn to pull out, he had pulled out quickly and took my spot in line and at first I thought, 'Well he's rude.'"

She let it go, but noticed the driver never stopped at the payment window. Then she watched as the car in front of her was handed the exact same thing she had ordered.

"It didn't hit me until I got to the pickup window," Lallo said.

That’s when Lallo said she realized the car had stolen her meal. She explained everything to the restaurant, and they remade her order and apologized profusely.

Lallo responded to this using her creativity. She pulled her dash cam video and added background music and captions, making light of the situation. She said she made the video partly to warn others and partly because of how surprised she was that it happened in the first place.

"Apparently it's a really common thing people do in order to get free food," Lallo said. "This guy just stole like $10 worth of food from McdDonald's right in front of me."

These types of videos are right in Lallo’s wheelhouse. She is also responsible for a popular meme floating around on social media of a distraught Elmo:

Lallo also produced the video with the slim hope of this case getting the attention of Judge Judy. Lallo is slightly obsessed with the daytime TV judge, and even made herself a Judge Judy shirt.

It's Judge Judy's values that sold her on the television celebrity.

"Be a good person, tell the truth," Lallo said.

So in true Judge Judy fashion, she got a dash cam to record any possible evidence of a crime.

"I kind of wanted to witness an accident or catch something on camera because then I was hoping they would take them the court and I can be on Judge Judy as a witness with my video," Lallo said.

But the video has already done some good.

The manager at the McDonald’s saw it online and then the same car came to the drive-thru later that evening. She said he sped off when an employee asked for a detailed description of what he ordered.

Lallo believes the driver knew exactly what he was doing.

"It was busy when I went through, so maybe he does it when they're not really paying attention and they're just trying to get orders out," Lallo said.

But she hasn't reported the incident to police and isn't sure if she plans to.

"I wasn't really a victim here. I was inconvenienced. The real victim here is the company that got their food stolen," Lallo said.

She thinks it's up to McDonald's to take action.

"This is not a victimless crime. The companies do take a hit," Lallo said.

If they do decide to press charges, she'll happily provide her dash cam video in hopes of winding up on Judge Judy.

"It's my goal to someday meet her, hence the dash cam," Lallo said.

McDonald's responded to the incident by saying they have investigated the matter and the customer's concerns were addressed appropriately and provided the correct order.