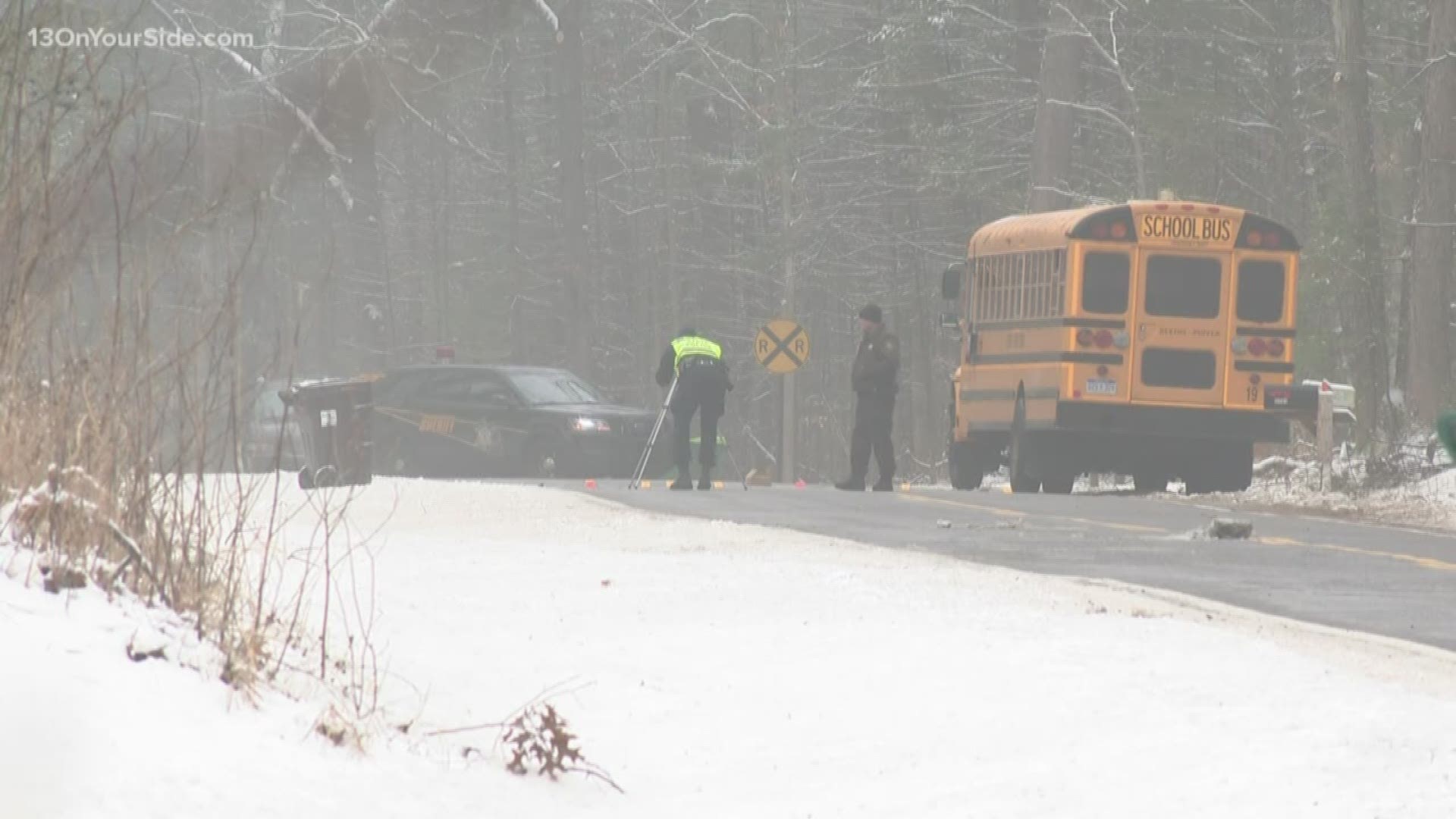 MUSKEGON COUNTY, Mich. — Authorities say the driver in a hit-and-run crash that sent a middle school student to the hospital with two broken legs has been arrested.

According to the Michigan State Police Rockford Post, the driver, a 22-year-old Twin Lake man, was arrested Wednesday morning. Police arrested him for causing serious injury and a moving violation in a hit-and-run

The incident happened Tuesday around 6:30 a.m. in the area of Russell and Tyler road sin Dalton Township. The Twin Lake man allegedly passed a school bus with its red flashers on in a no-passing zone. The suspect struck Pannell and did not stop at the scene.

Panell's sister, 14, also received minor injuries. There were four other students either on the bus or at the stop, according to Reeths-Puffer Superintendent Steve Edwards.

The Muskegon County Prosecutor is expected to make a decision on charges Thursday. 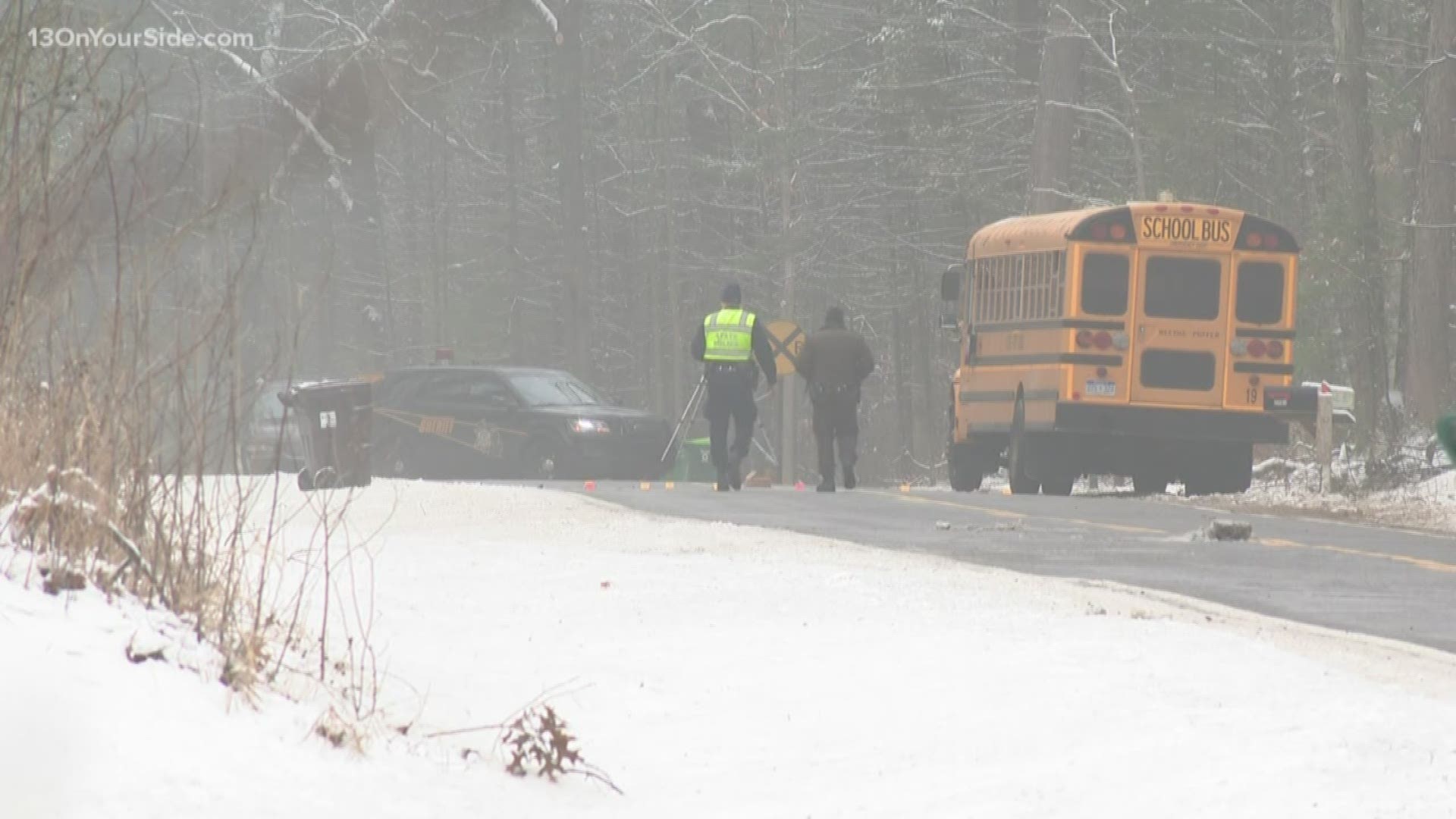