White out conditions and slick pavement were factors in a multi-vehicle, chain reaction crash on I-96 near Marne Tuesday afternoon. 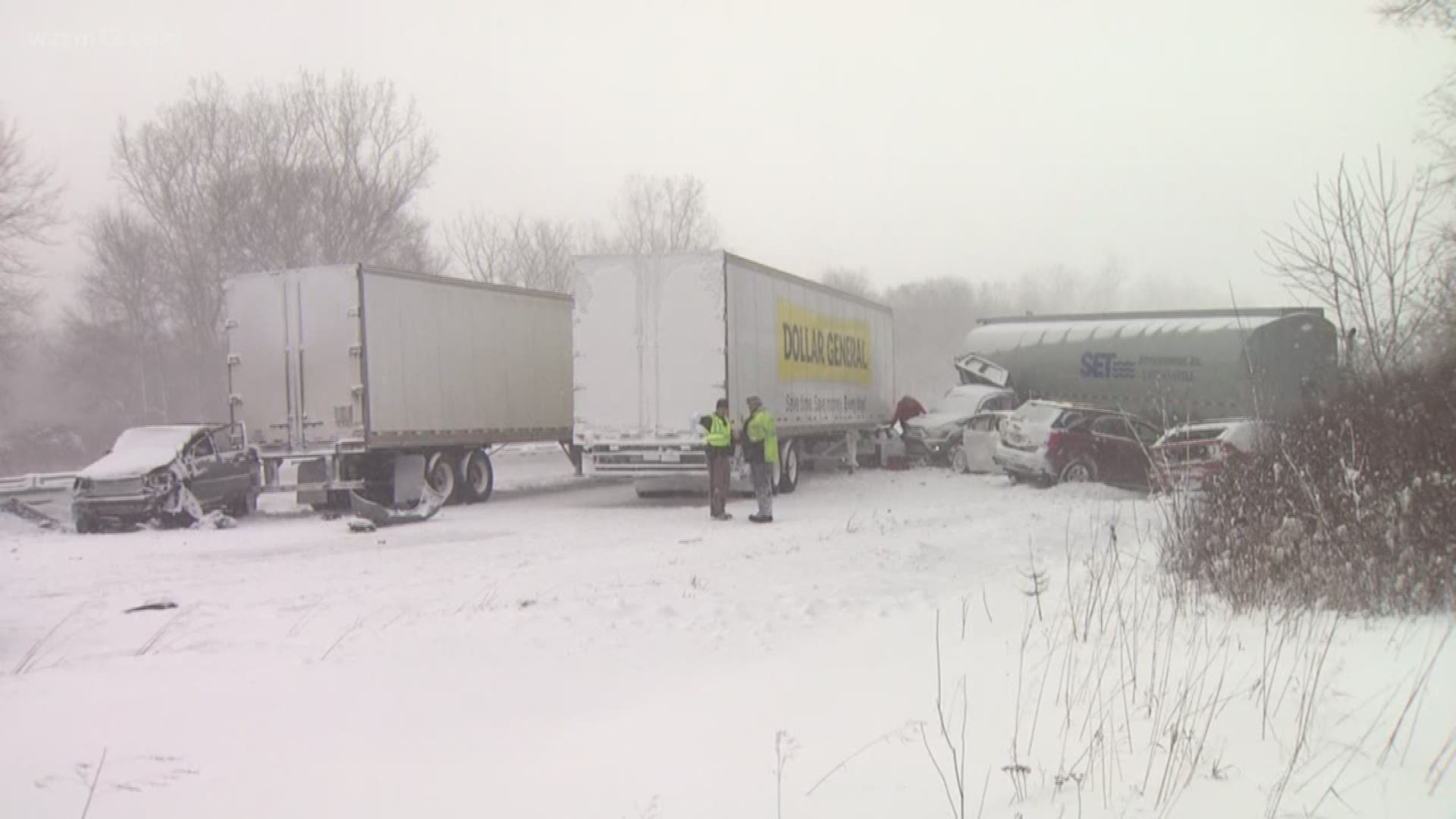 MARNE, Mich. — Some drivers involved in a multiple vehicle chain reaction crash on I-96 near Marne think they are lucky to be alive.

“For as bad as it looks, we got lucky,” said a semi-truck driver caught in the pile up. “It is bad out here.”

The crash Tuesday afternoon involved tractor trailers, SUVs and cars, but no one was killed or even badly hurt.

RELATED: Authorities shut down stretch of I-96 in Ottawa County due to numerous crashes

“My mother who is 82 was with me,” said driver Dora Jenkins. “We had two kids with me. We are all good.”

Police said visibility was poor because of white out conditions and the road was slick with ice and snow. When a truck jackknifed, drivers behind say they didn’t see it in time to stop.

“The roads were tremendously slick,” explained driver Mike Stolk. “There were two semis in front of us jackknifed and I was the fourth one behind them. I ran into the back of the one chipper truck.”

“My car started sliding and we ran into another car on my right,” said Dora Jenkins. “Then two more cars crashed into us.”

“They didn't see the crashes as they came up on them,” said Sgt. Eric Westveer of the Ottawa County Sheriff’s Department. “As did come up on the crash they weren't able to stop in time due to the slippery, snowy and icy conditions.”

The extreme cold is adding to the dangerous driving conditions. Road salt is not effective when it is this cold, and it does not melt snow and ice on the pavement.