What is the Veiled Prophet: Understanding the secret society behind Ellie Kemper controversy

The Veiled Prophet is one of the oldest organizations in the city, and Kemper was named its debutante queen in 1999. 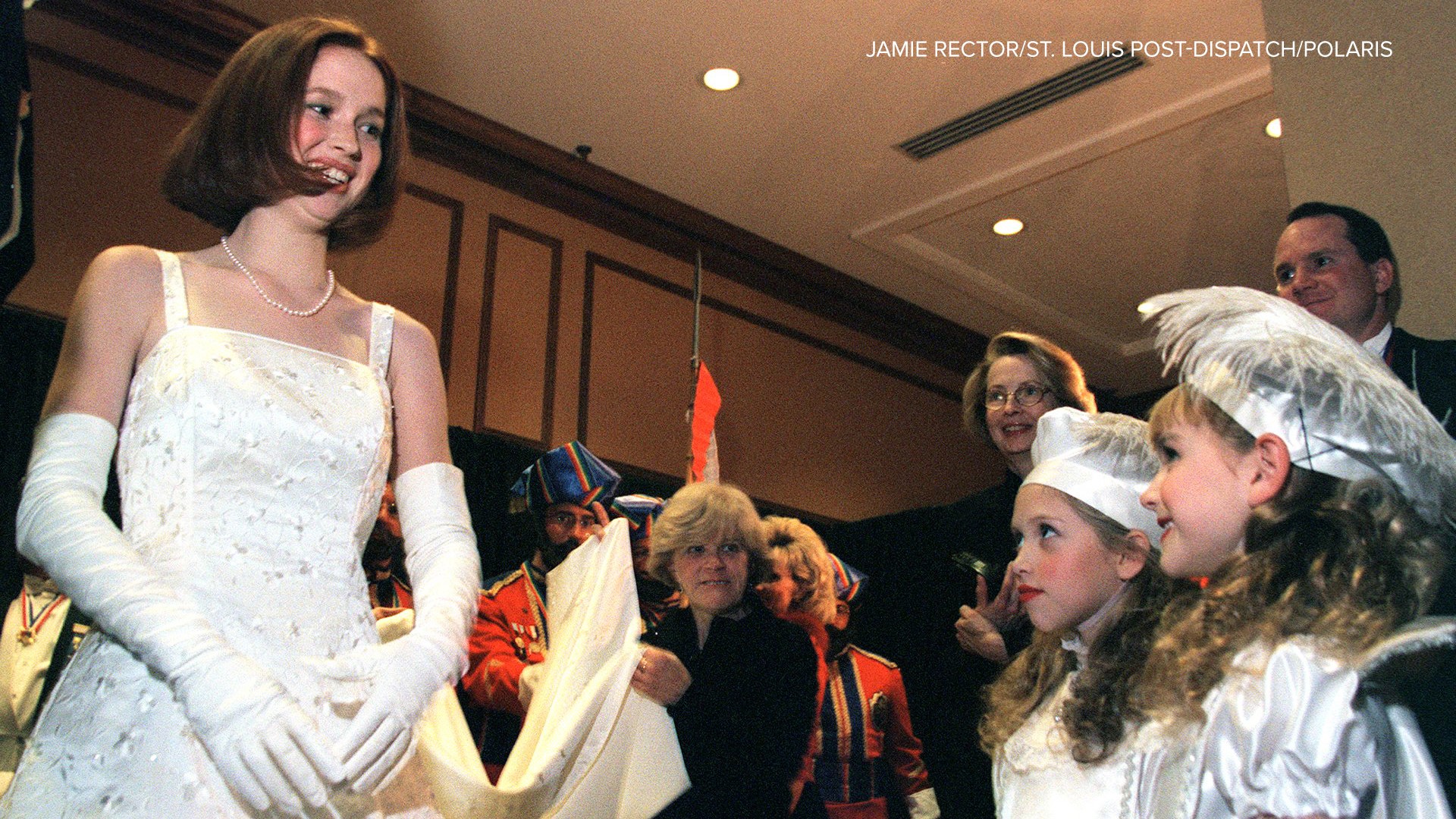 ST. LOUIS — Actress and St. Louis sweetheart Ellie Kemper is at the center of a new controversy over one of the city's oldest traditions.

The "Unbreakable Kimmy Schmidt" and "The Office" star was named the "queen of love and beauty" at the 1999 Veiled Prophet Ball. Twitter users discovering this over the weekend dubbed the actress a "KKK prom queen" for her participation. She was 19 at the time.

“You know, you get on Twitter and that's a great place to fire off a hot take. But it might not really dive into the complexity that an issue like this deserves,” said Adam Kloeppe.

He, however, has taken the plunge, as a public historian for the Missouri Historical Society.

Kemper is one of more than 130 other young women to wear the crown since the organization was founded more than as many years ago.

“They now try to form themselves more as a booster organization, try to do good public works and things like that," Kloppe said. "It is tied up with the history of class leaders and money in St. Louis and those issues. You can't extricate race from those issues."

Inspired by the Mardi Gras krewes of New Orleans and a character in a then-popular poem, the veiled prophet organization was established in response to major labor strikes that shut down the city — and the threat of Black and white workers uniting.

"In 1878, the city's elites wanted to sort of take the power of the city back. They wanted to show that they were still the people in control of the city," said Kloppe.

The organization maintains its founding purpose was to plan and host events that would attract visitors to St. Louis.

Back when these sorts of things set the social calendar, the VP's "queen of love and beauty" debutante reigned supreme; and the VP parade was the event of the summer, for some of St. Louis.

“We just grew up in the understanding that this was not for us,” said activist and rapper Tef Poe.

The VP has had its critics since the beginning; protestors famously infiltrated the ball in the 1970s to “unveil” the prophet figurehead as the CEO of Monsanto. For these critics, the tight-knit society of influential business and political leaders — and their traditions of secrecy, ritual and cultural appropriation — is a force for institutionalized racism in St. Louis.

“The past and the future are connected, and I think that in St. Louis, we have to do a better job of wrestling with that,” said Poe.

There’s no known historic tie to the KKK; Black members were banned until the 1970s.

“This is a mechanism that played a role in promoting an oppressive, elitist culture in a city that only a certain type of person got to be involved. And the remnants of that still exist today in the fact that it is a secret society,” he said. “I think where we're at now is that we need to completely unveil the prophet.”

The VP Fair has been officially rebranded as Fair St. Louis, the parade is now called America's Birthday Parade, but occasionally native St. Louisans will slip into old habits. Technically, the veiled prophet organization is still very involved with both events.

In an email, a spokesperson told 5 On Your Side: "The VP organization is dedicated to civic progress, economic contributions and charitable causes in St. Louis. Our organization believes in and promotes inclusion, diversity and equality for this region. We absolutely reject racism."

On the controversy surrounding Kemper?

“You know, I don't want to beat her up too too badly,” said Poe. “I think that is interesting that her being the part of it is what got this conversation back into the news cycle. I can remember vividly tweeting about this. We've hosted protests at the Veiled Prophet ball. And, you know, really, people just didn't care.”

“The Kemper family is big in St. Louis,” said Kloeppe. “Did she really even know the history of that organization? I can't say that for sure. But the history of the prophet is not something a lot of St. Louisans know. You might see the parade at the beginning of Fair St. Louis, and that might be most St. Louisans entire exposure to the Veiled Prophet. And in that case, these are the guys who put on this fun parade for everybody, right? And there's a much more complex history there that deserves to be sort of dug into.”

Upon reflection, the Veiled Prophet Organization acknowledges our past and recognizes the criticism levied our way. We sincerely apologize for the actions and images from our history. Additionally, our lack of cultural awareness was and is wrong. We are committed to change, allowing our actions to match the organization we are today.

The VP Organization of today categorically rejects racism, in any form. Today’s VP is committed to diversity and equity in our membership, community service initiatives and support for the region. Our hope is that moving forward, the community sees us for who we are today and together we can move this region forward for everyone.

We are, and always will be committed to the success of the region and making St Louis a better place to live for all.