'Everyone loved him': Family remembers 15-year-old who drowned in Grand River

15-year-old DeAndre Yarbrough of Mount Pleasant was in town for a powwow on Saturday when he slipped into the Grand River while walking his dog. 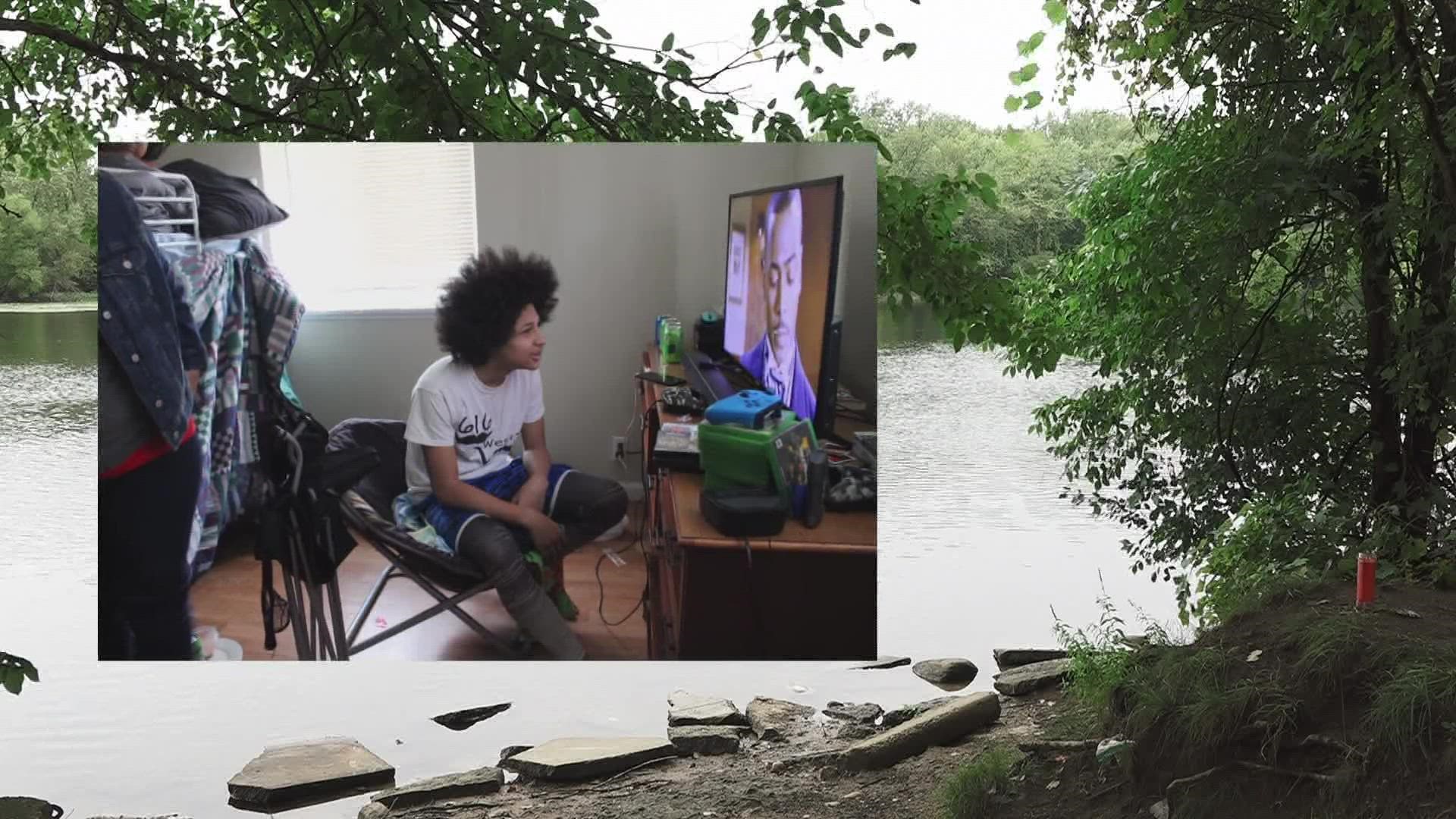 GRAND RAPIDS, Mich. — The 15-year-old who drowned in the Grand River on Saturday, Sept. 11 has been identified by family as DeAndre Yarbrough of Mount Pleasant. DeAndre was in town for a powwow at Riverside Park with his family when he slipped into the water around 5 p.m.

His aunt Jade Anderson says he was walking his dog with his cousin when it happened. DeAndre was just two months shy of his 16th birthday.

"He was overall just a great kid," she says. "He was really silly, goofy and overall a happy 15-year-old. Everyone loved him."

She was at the park with him and the family, and she says DeAndre was only out of sight for a few minutes.

"He went to bring his dog down by the river to get some water, then he slipped in and he drowned," Jade says.

Paramedics were unable to resuscitate him at the scene.

She says the city should look at where DeAndre fell in to make it safer.

"It is very rocky down there," Jade says. "There's broken concrete slabs and it's obviously very dangerous. It's open for anyone to go down there."

13 ON YOUR SIDE reached out for a comment from the City of Grand Rapids. Officials responded with the following:

“The thoughts of everyone at the City are with the family as they cope with this tragic loss. We must always be vigilant and mindful when interacting with our community’s natural waterways. Boulders, stones, concrete slabs, etc. are placed along unimproved portions of the river to mitigate and control erosion. They are not intended for public access. Individuals should only approach the waterway through those areas that have been improved and designed explicitly for that purpose.”

A GoFundMe has been made to help the family cover any costs associated with the loss.

"It was important (to create the fundraiser) because my sister is a single mother and she had two kids, now one, and she's also pregnant right now," Jade says.

Now her advice for parents is to keep their eyes on their kids no matter what.

"Even if they're older and know how to swim, the Grand River can be very dangerous," Jade says.

The family is hosting a sacred fire every night through Wednesday in Dorr, an indigenous tradition to help loved ones transition from this world to the spirit world. The family is part of the Grand Traverse Band of Ottawa and Chippewa Indians located in Traverse City.