Ferrysburg community comes together to save Smith's Bridge

“Had we been informed it was this urgent, we would have had a committee a year ago." 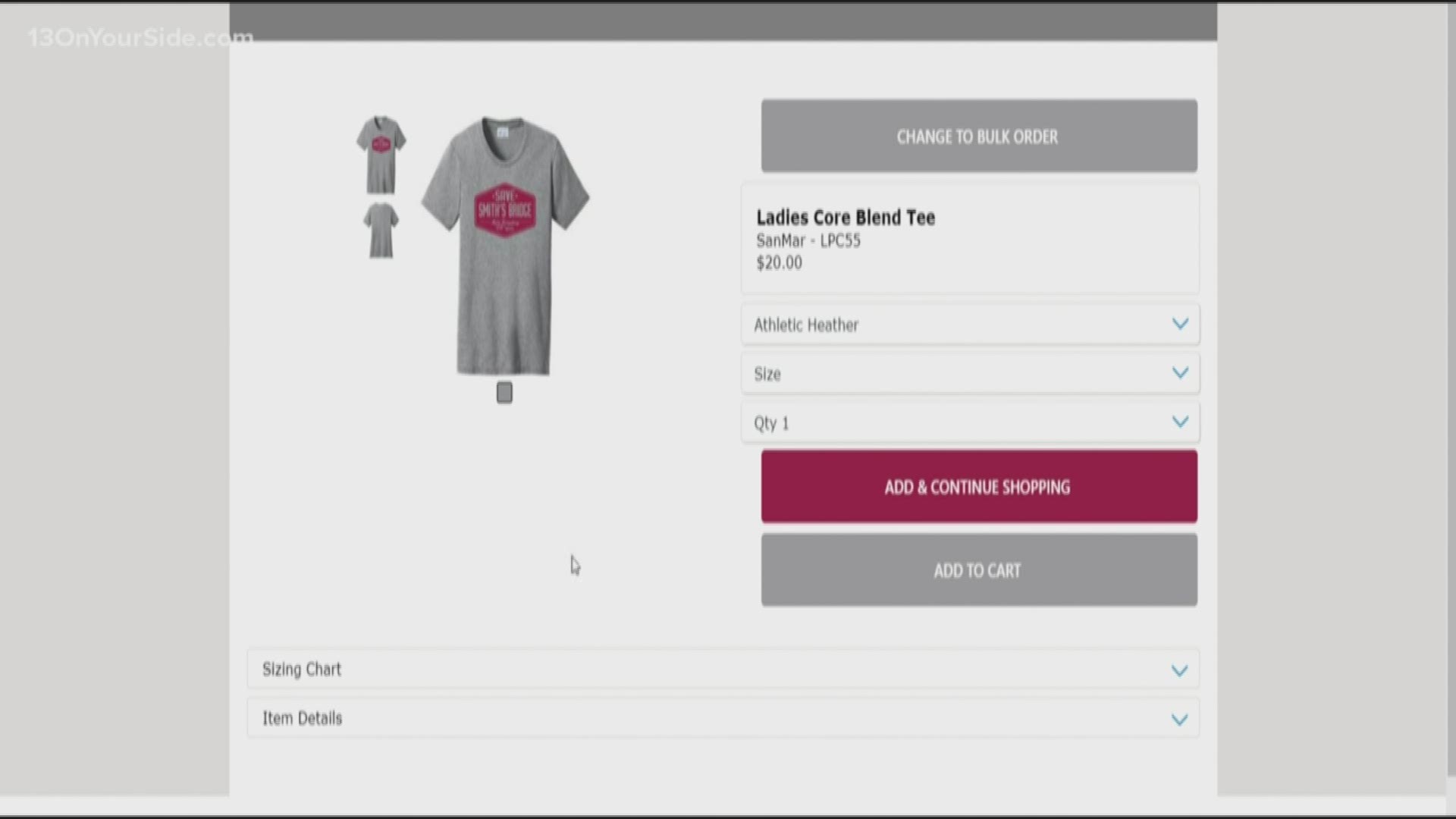 FERRYSBURG, Mich. (GRAND HAVEN TRIBUNE)- Julie Franczek said that she wished she knew, a long time ago, how critical the situation was for Smith’s Bridge.

The West Spring Lake Road bridge over Smith’s Bayou was closed to all but pedestrian and bicycle traffic on the first day of summer, effectively cutting the small city of Ferrysburg almost in half.

Ferrysburg City Council voted unanimously June 17 to close the structure for safety reasons after receiving an inspection report that the bridge was deteriorating at a much faster-than-expected rate. City officials previously said they were hoping to get 3-5 years out of the two-lane bridge before it had to be replaced.

Franczek said that she and neighbor Scott Windemuller were joking around when they came up with their idea for a T-shirt design.

“It was kind of tongue-in-cheek at first, and then we decided, why not,” she said.

The shirts and stickers say, "Save Smith's Bridge, Make Ferrysburg 'OK' again." The message is abbreviated on the stickers.

The neighbors funded the first run of the shirts themselves.

The shirts and stickers can be ordered from a crowd-funding website at thegeargroup.chipply.com/SmithsBridge. The deadline for the first online order is July 20.

The shirts can be shipped or picked up at The Reef Party Store, 17176 W. Spring Lake Road. The address for the store is Spring Lake, but the business is actually just around the curve from the bridge in Ferrysburg. A limited number of shirts are available at the store, as well.

Any money raised after the costs of the shirts are covered will be turned over to the city to help replace the aging bridge.

Franczek said an ulterior motive in having people pick up shirts at the store is just to get them into the store in the first place and help a local business.

Store owner Jon Sanders admits that business is down for the first time since he bought the store in April 2010. It had been closed for almost a year at that point.

“Business every year has steadily increased,” he said. “This year, the weather was not conducive to higher sales.”

Sanders said it was too early to tell how much the closed bridge is affecting his store, but he estimates business is down about 20 percent so far this year.

“It’s hard to say if the overall trend is due to the bridge,” he said.

Sanders admitted that he was a little surprised that the city closed the bridge.

“I thought they would do everything they could to keep it open,” he said.

In the meantime, there’s a donation box on the store's counter to help raise funds for the city to replace the bridge. It was store employee Joanne Neuberger’s idea, Sanders said.

“She wanted to do anything we could to get the bridge open again,” he said. “We aren’t going to raise $13 million. It’s an awareness thing. We want (the City Council) to know that people are concerned about the bridge.”

Neuberger said a lot of people laugh when they see the donation box, considering the amount of funds needed to build a new bridge, but the children that come in are passionate about it, she said.

The first donations came from three little girls. The oldest one was concerned about the store being able to stay open with traffic decreased because of the closure.

Sanders said any money donated would be given to the city with a designation for use only for the bridge.

“If the bridge will never be open, maybe they can use it for a park thing, maybe some benches on the bridge,” he said.

“It’s a positive thing,” Franczek said of the efforts to raise funds and awareness. “Our thoughts were — ‘Are we good? Are we great? No, we’re broken. We need to be OK again.’”

In the meantime, the city continues to work on obtaining funds to help rebuild the bridge.

City Manager Craig Bessinger said a grant request was sent in May to the state's Local Agency Build Program. Another request will go out next week to the federal Better Utilizing Investments to Leverage Development grant program. Responses to both of the requests are expected at the end of the year, he said.

On Monday, the City Council will be asked if they want to put a new millage request on the November election ballot. Bessinger said options that will be considered include 20 years for up to 4.5 mills, 25 years for up 4 mills and 30 years for up to 3.6 mills.

All of the requests are designed to raise the $13,219,000 needed to rebuild the bridge.

Any grant funds awarded to the city for the bridge would be used to offset that cost, meaning that the taxpayers' burden would be reduced.

City officials said they are listening to people’s concerns and have ordered more signs to alert drivers that the bridge is out on the heavily traveled road. An earlier report noted that 6,000 cars a day had traveled over Smith's Bridge.

Credit: Becky Vargo / Grand Haven Tribune
Smith's Bridge, which connects the west side of Spring Lake with Ferrysburg, will close indefinitely in the very near future due to safety concerns.

2016 – Bridge Inspection completed. Report recommends, “With the condition of the superstructure, it is prudent to begin planning for bridge replacement.”

2017 – Milling and repaving is not recommended, if box beams are in poor condition, milling would likely break the top of the concrete. If so, would need complete replacement of damaged beams.

October 2018 – Bridge inspection completed. Report states, “Without doing some rehabilitation work, it is likely that further reduction in load posting, a single or total bridge closure will be required in the future.”

2019 – Bridge inspection completed. Report states, “The overall condition of the superstructure is serious.” 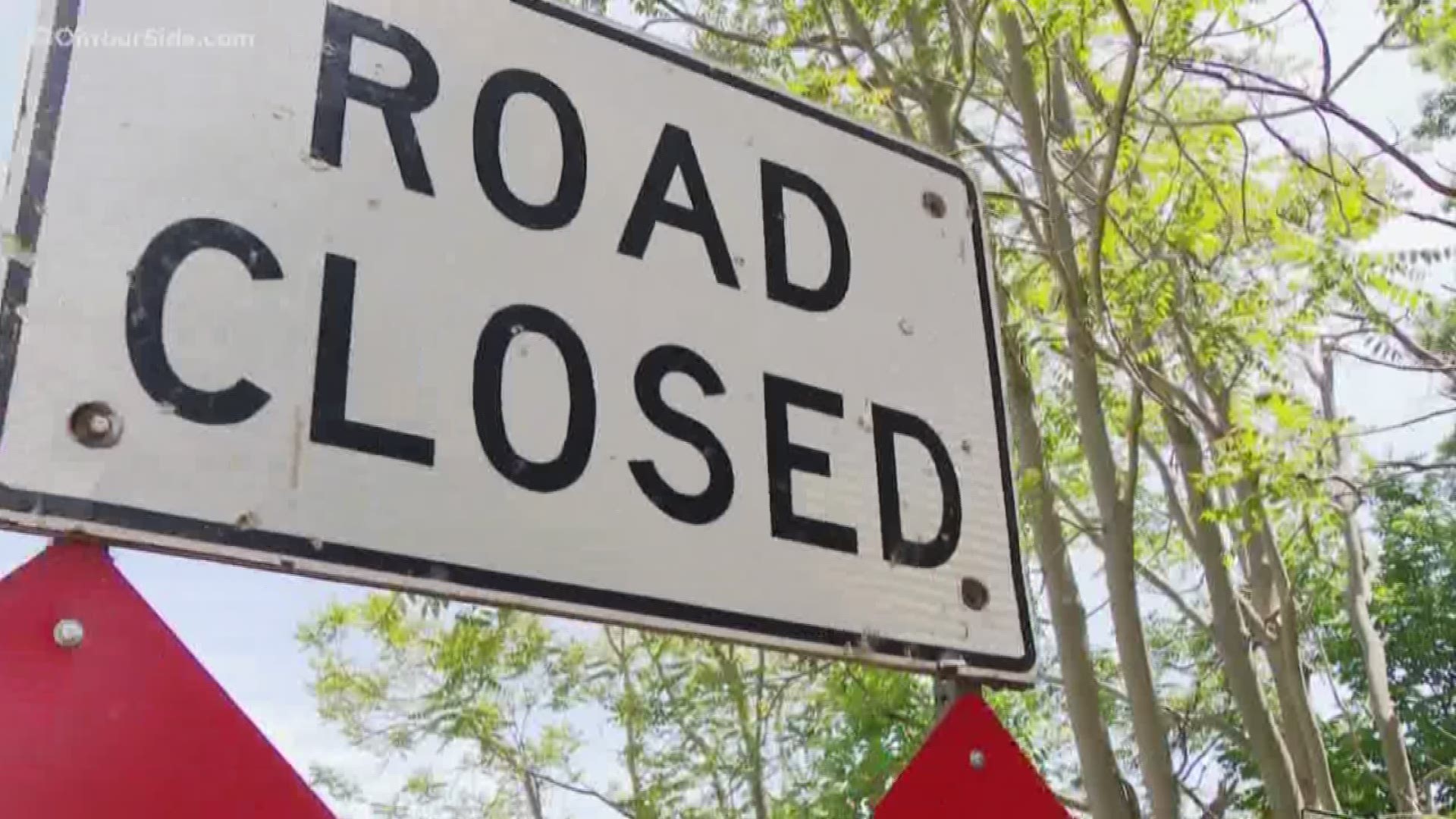