Fire breaks out at Kalamazoo encampment

The fire was caused because people of the homeless encampment were actively filling 1-pound propane tanks from a larger 20-pound tank near an open fire.

After a thorough investigation, Scott Brooks, Fire Marshal for the Kalamazoo Department of Public safety, determined the fire was caused because people of the homeless encampment were actively filling 1-pound propane tanks from a larger 20-pound tank near an open fire.

"There was a failure with the improvised adaptor on one of the propane tanks causing an explosion," said Brooks. "Due to the intense heat from the fire, 15 other 1-pound propane tanks exploded."

A fire broke out at a homeless encampment Sunday evening in Kalamazoo.

Authorities arrived at the encampment, located at 74 Mills Street, at around 6:32 p.m. on a report of a tent on fire and propane tanks exploding. Upon arrival, officers observed smoke coming from the encampment site.

According to the Kalamazoo Department of Public Safety, officers were able to control the fire within 10 minutes and remained on scene for over an hour. One person reported minor injuries and was treated and released by a local ambulance service.

Police say three people were taken to a local hotel for the night because their property sustained significant damage.

The cause of the fire is currently unknown and is under investigation by the Fire Marshal’s office. Anyone with information is asked to contact the department at 337-8120 or Silent Observer at 343-2100. 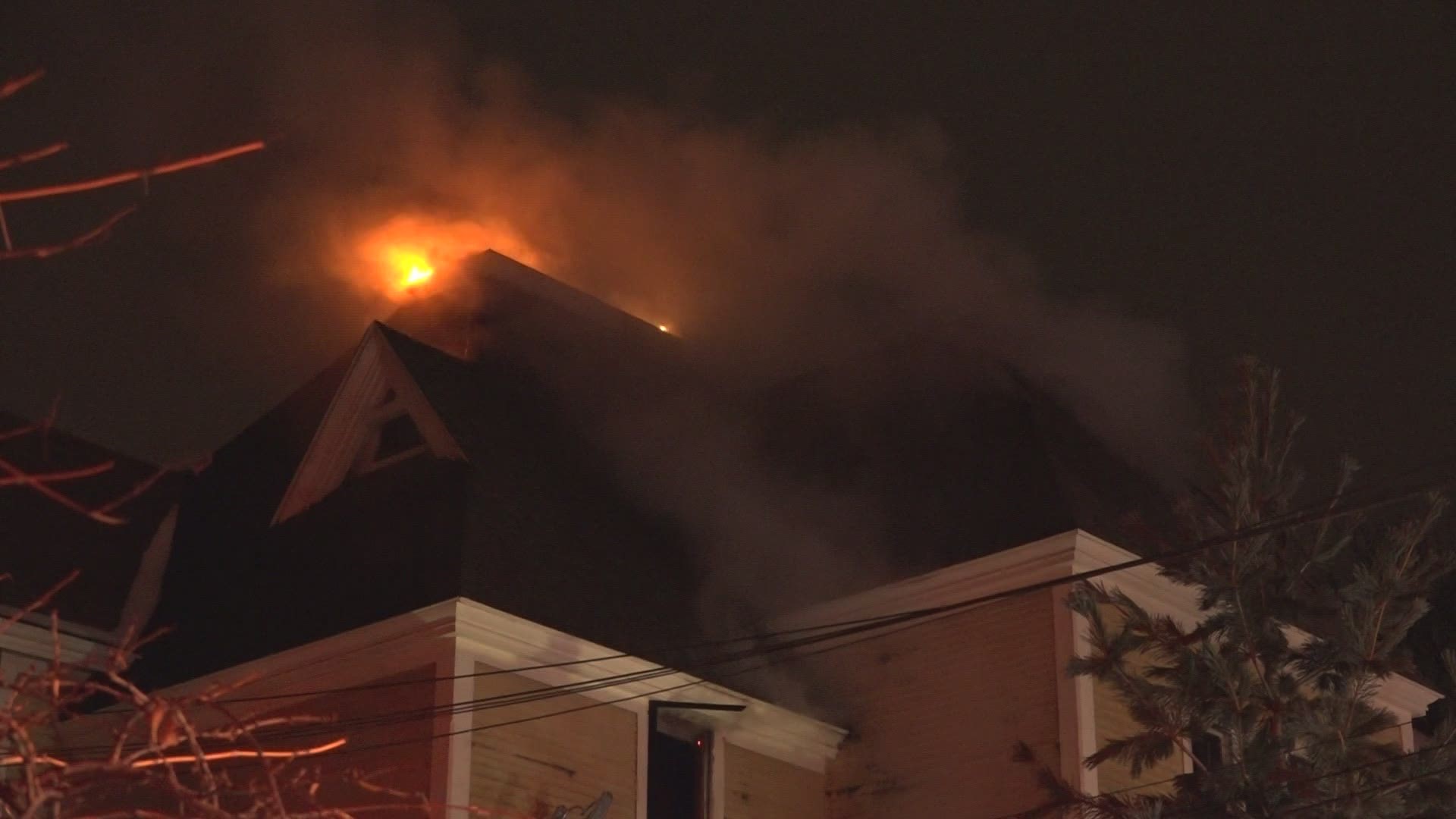