The Cascade Fire Department was able to save a doe who feel through ice on the Thornapple River and get ice rescue practice in the process. 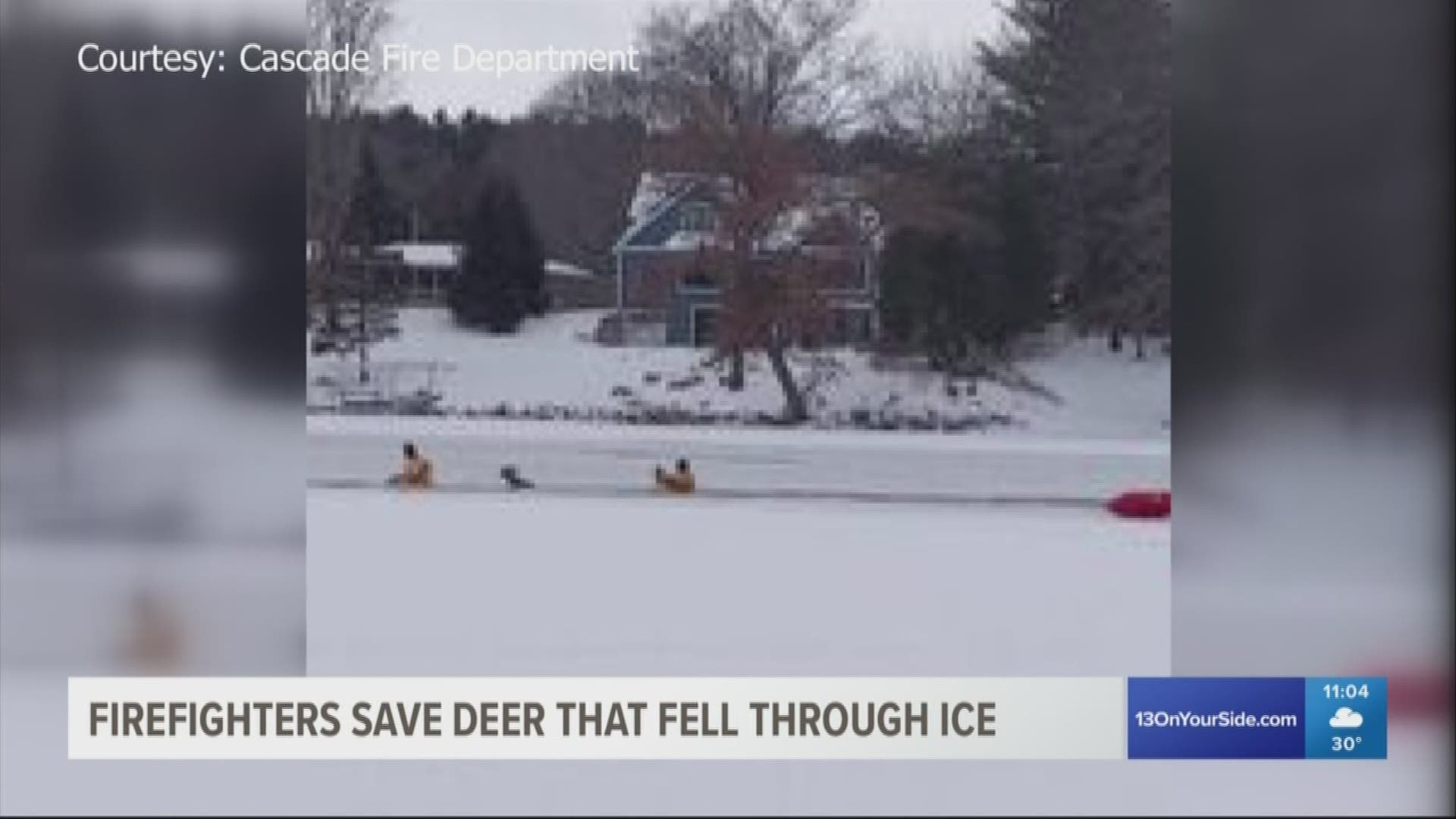 CASCADE, Mich. — Cascade Fire Chief Adam Magers says it is always nice to save a life.

This week the life they saved was a female deer that fell through the ice on the Thornapple River. The chief says the doe was unable to pull herself out and was sure to die in the freezing water. Cascade fire fighters were able to save her and get valuable ice rescue practice in the process.

“We were able to get her out of there and once she caught her breath and warmed up for a second she ran after her fawn,” he says. “It made everybody feel pretty good.”

Melissa Livingston was one of the neighbors who notified 911 about the trapped deer. She watched the rescue.

“They got to the deer and they got her out and she laid for just a moment,” she recalls.  Livingston. “A few minutes later she took off. I could hear the cheers from this side of the river. Everyone was shouting, including me.”

The doe and her fawn are evidently members of a deer herd that live around that neighborhood along the Thornapple River.

“It nice we got to save an animal and get some nice training, too,” says Chief Magers.  “The guys felt pretty good about it.”