The Pestka Family and Jewish Federation of Grand Rapids have donated the memorial sculpture to the Frederik Meijer Gardens & Sculpture Park. 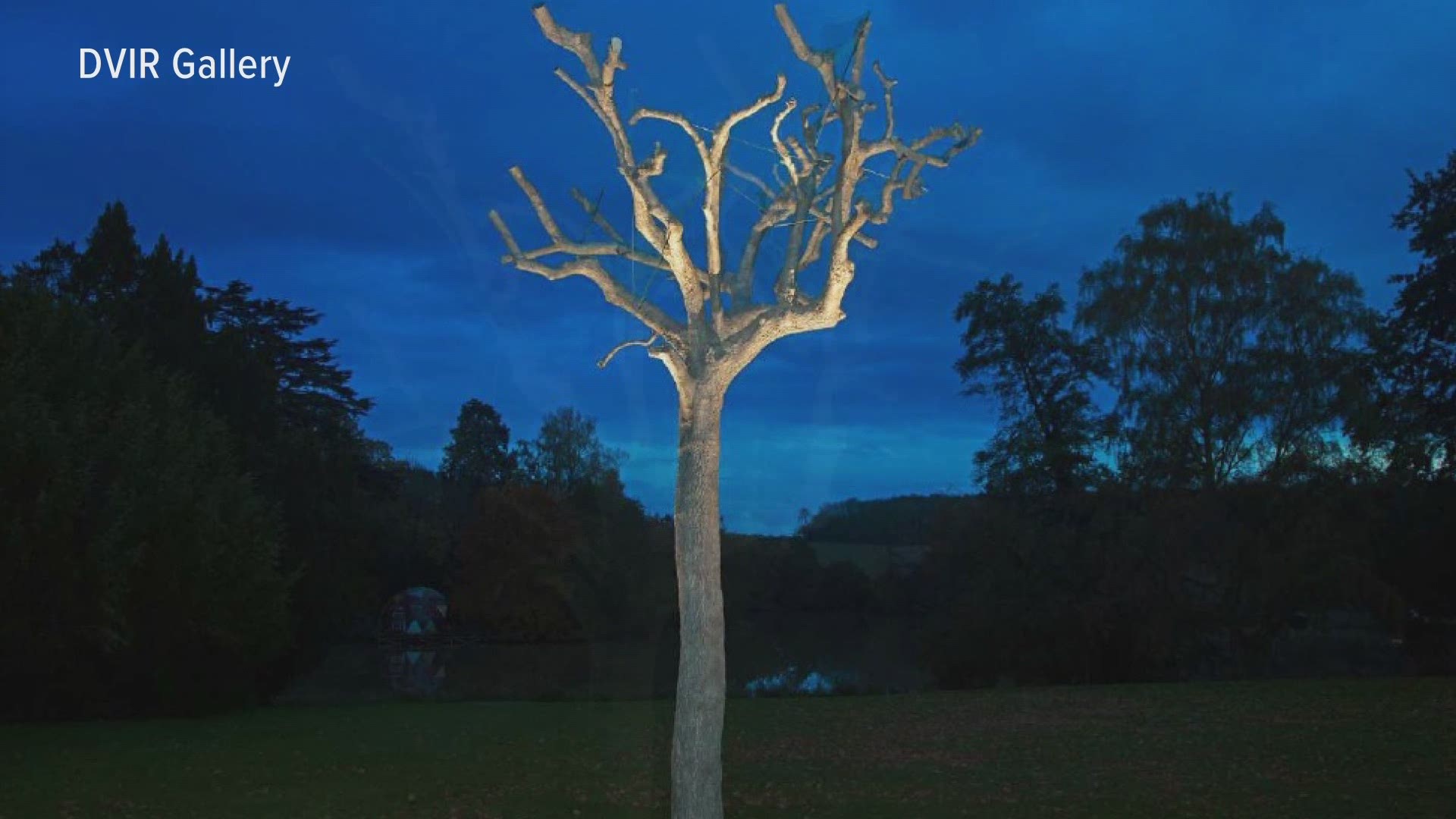 There's a new memorial headed to the Frederik Meijer Gardens & Sculpture Park. It will also be the first official Holocaust memorial in Grand Rapids and is being donated to the park as a gift.

It's all part of a partnership between the Frederik Meijer Gardens & Sculpture Park, the Jewish Federation of Grand Rapids and the Pestka Family, one of many Jewish families with at least one member who relocated to West Michigan after surviving the Holocaust.

Those with the sculpture park say they are highly honored to receive this monumental piece of art, called Ways to Say Goodbye, by artist Ariel Schlesinger. It's a 20-foot-tall aluminum cast of a tree, symbolizing profound loss and grief but also serving as a memorial to the millions of people who perished in the Holocaust and the Holocaust survivors of Western Michigan.

The park's curator of sculpture, Jochen Wierich, explains more about the meaning behind this extraordinary work of art, saying, "It's based on the idea of a tree, a fig tree, and then the artist actually inserted these glass shards into the branches, which remind us of Kristallnacht, the crystal night that set off the whole persecution of Jews in Germany in the 1930s."

Wierich adds that, “At the same time, it's also about the future and how trees represent growth and endurance,” referring to the many Jewish families who relocated here to West Michigan, determined to make a fresh start, possibly after losing several relatives in the Holocaust.

The sculpture will be installed in 2022 and the project is still in the beginning stages.

Wierich says he hopes that this new addition will become a place where the community can memorialize and educate to make sure something as horrific as the Holocaust never happens again.