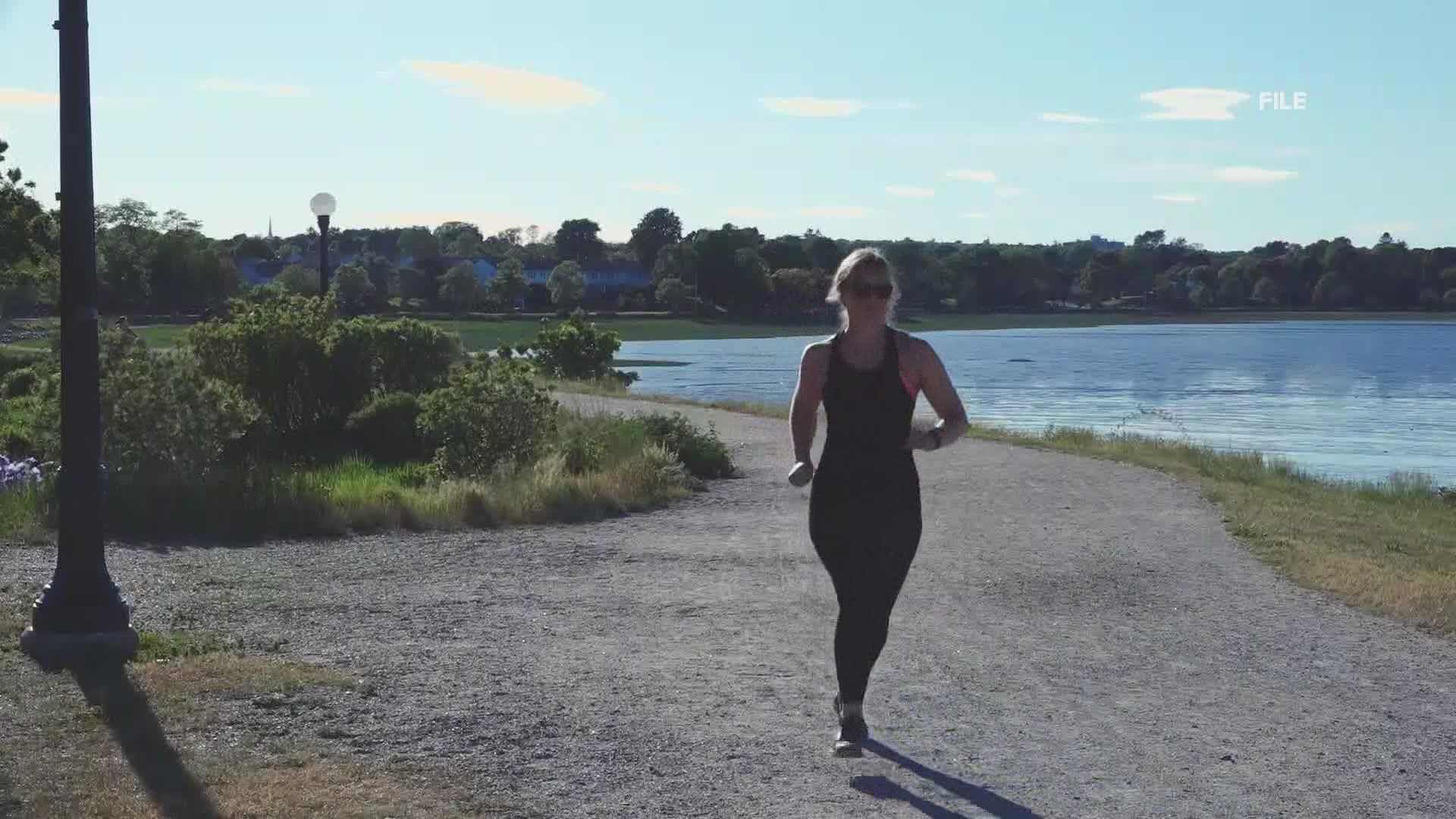 Katie Spotz of South Portland spent Labor Day Weekend doing just that with family, friends and supporters all coming out to celebrate her as she finished.

Spotz runs for a non-profit organization called Lifewater. It provides safe drinking water for more than 2.5 million people in 40 countries. She's raised $16,000 on her way to her goal of $20,000.

Both the fundraising support and support of everyone who came to cheer her on fueled her run.

"Even though it was a solo journey I definitely wasn't alone," Spotz said.

During the 33 hour journey, one of Spotz's friends followed her in a car with supplies. Arabelle Romeo kept track of everything Spotz ate or drank during the run.

"So that I would know at the next one how many calories she needed and whether or not she had enough," Romeo said.

"There were so many moments where I questioned whether I would have the strength to continue on," Spotz said.

"Then the sun came up and everything just turned all around," Romeo added.

It was also a rewarding experience.

"I just feel like my heart is overflowing with gratitude that so many people came out and supported this and supported me," Spotz said.

All those people, giving hugs, high fives and fist bumps and lending a hand when needed.

Next up for Spotz? Pizza.

Katie Spotz ran five marathons for a total of 137 miles. She raised $16,000 for Lifewater. An organization that provides clean drinking water to 40 counties. When she finished the race, here’s what she had to say about what’s next 🍕 #NEWSCENTERmaine pic.twitter.com/3PdM2Tq2Tc