Proposed legislation came from both democrat and republican representatives. 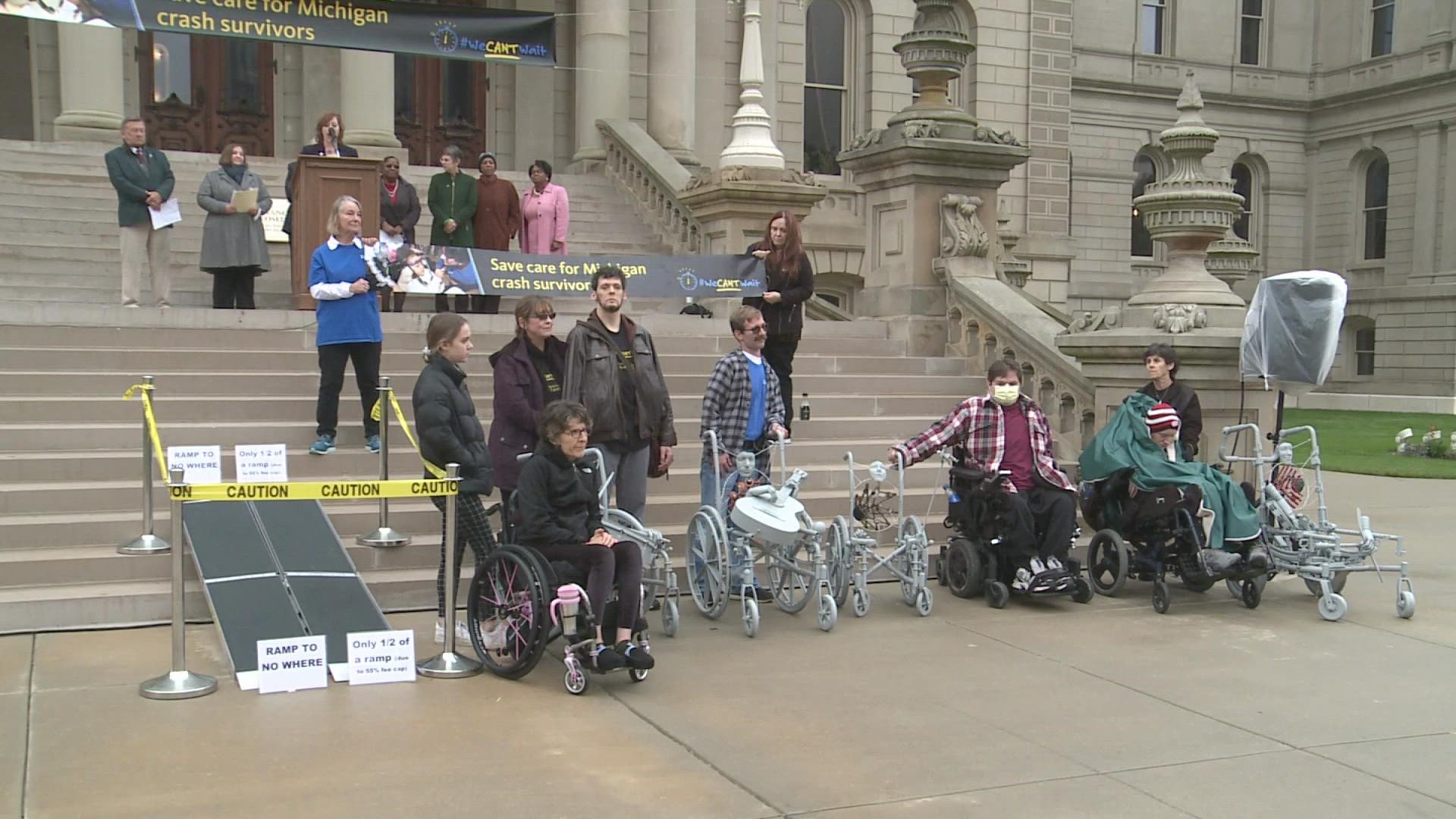 LANSING, Mich. — Lining the steps of the Capitol, lawmakers are flanked by survivors of auto accidents. Some are in wheelchairs, others face debilitating brain injuries, and others still are caregivers. All of them have the same message 'We can't wait'

It's been the rallying cry since even before no-fault insurance reform went into effect July 1. The changes were passed in 2019, aimed at saving consumers money. A fee schedule and cap on in home care hours had the unintended consequence of stripping resources or making needed items harder to afford for the victims of accidents.

“Many people are seeing their hours cut to 56 hours even though the patient needs 24 hours a day," Said Maureen Howell, who's son Sam was injured in an accident in 2005. "there’s no one to pick up the slack,” Sam added.

Five bills were proposed on the steps of the capitol Wednesday, coming from both sides of the aisle. The lawmakers say their new proposal wouldn't change the laws, but build on and amend the current reform.

A bill to update what does and does not qualify as medical treatment was proposed by Representative Robert Bezotte (R - Marion Township). Similar to the loophole Rogers mentioned, Bezotte says things like wheelchairs and ramps are being classified as medical treatments, which allows insurance companies to cover less of the cost, making them unaffordable.

A ramp stretched up the first few stairs of the building. Bezotte called it the 'ramp to nowhere' and said only paying for 45% of a ramp does no good.

A bill to clarify compensation for the home care providers of survivors was proposed by Representative Lori Stone (D - Warren).

According to the consumer advocacy group CPAN, these proposals shouldn't have an impact on the price of insurance premiums.