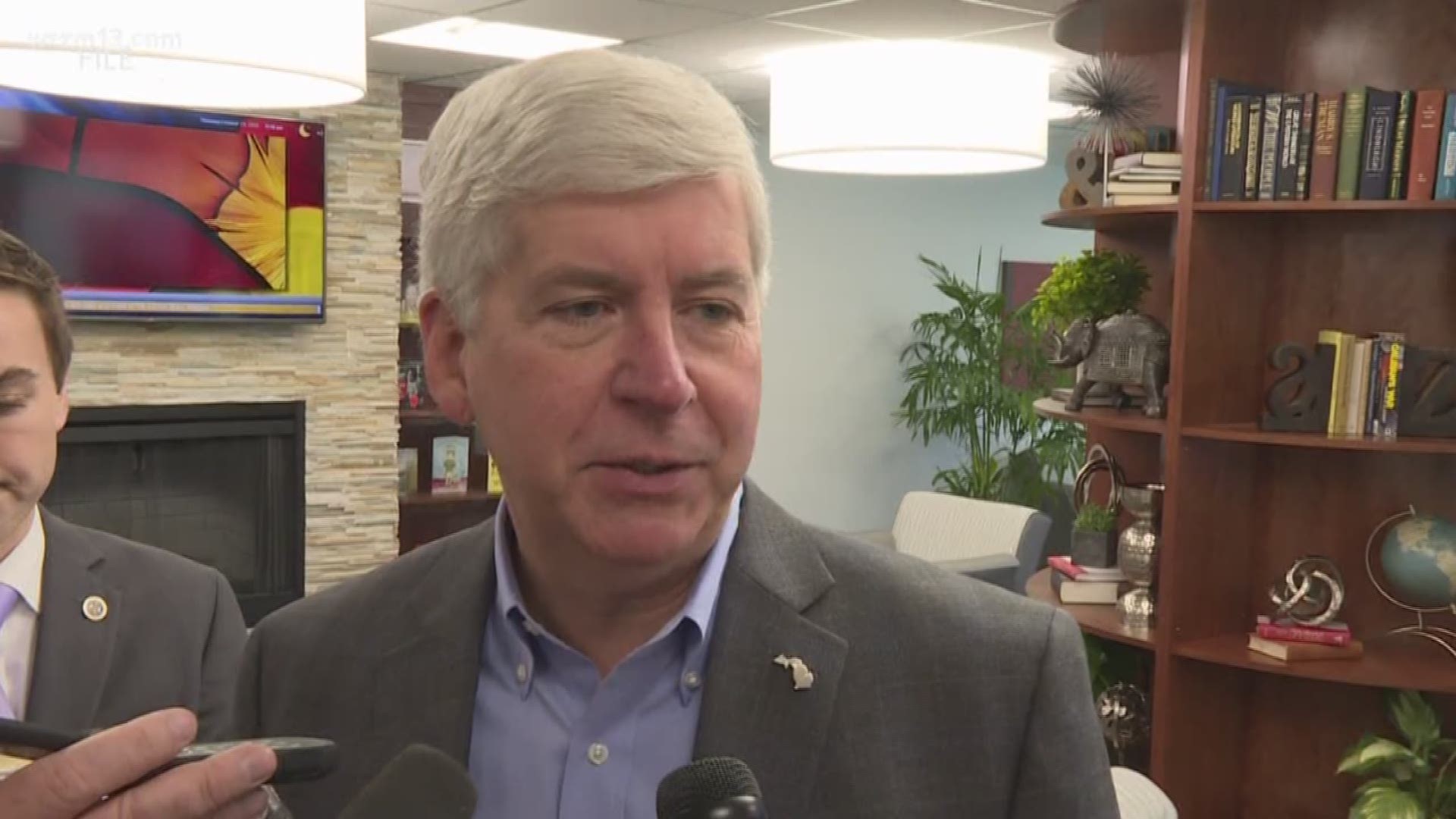 FLINT, Mich. — Former Gov. Rick Snyder was reinstated today as a defendant in the class action lawsuit brought by victims of the Flint Water Crisis.

Snyder, as well as other government defendants in the suit, face charges of violating Flint citizens' rights to bodily integrity as protected under the 14th amendment.

"We are grateful that the Court agrees former Governor Snyder should be held accountable for his role in the Flint water crisis,” said Theodore J. Leopold, Partner at Cohen Milstein Sellers & Toll and co-lead Plaintiffs’ attorney. “The citizens of Flint were both forgotten and mistreated by those involved in the Flint water disaster. To this day, residents continue to suffer because of the reckless decisions of senior state and local officials, as well as private contractors, and we hope to provide a measure of justice and some much-needed relief to those still struggling to recover."

The amended complaint including allegations questioning how Snyder and his administration responded to the unfolding crisis, stating that he and his staff were aware of the health risks associated with the city's transition to Flint River water, including the risk of Legionnaires' disease.

The victims say that officials from the state of Michigan, the city of Flint, Genesee County and two private engineering firms creates the public health crisis, having made calculated decisions that "deliberately exposed" residents of Flint to the harmful health effects of lead.

In addition to financial relief, plaintiffs are asking the court to require repairs to private property, the establishment of medical monitoring and appointment of a monitor who will assist in the development of other remedial plans including early education and intervention programs.