Many companies in the U.S. are finding that consumers want the brands they buy to reflect their personal values. 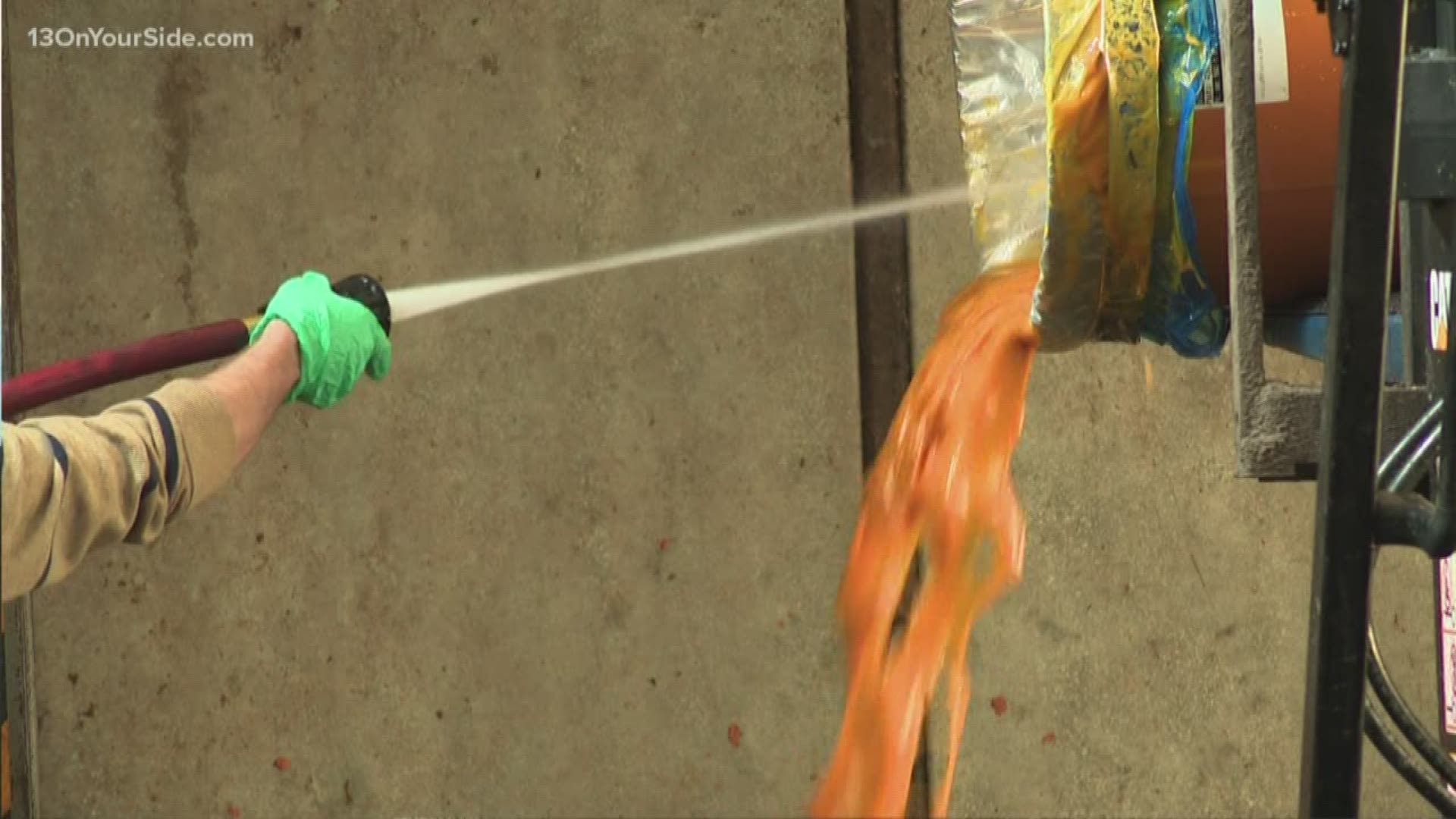 FREMONT, Mich. — One of the last old coal burning power plants in West Michigan has closed. The Sims coal plant in Grand Haven is being decommissioned.

But as production at that plant ends, another type of power plant is getting a new start.

Many companies in the U.S. are finding that consumers want the brands they buy to reflect their personal values, according to Patrick Serfass of the American Biogas Council. He explains that demand is leading companies to want to prove that they are invested in a sustainable future, and for food manufacturers, there is a place in Fremont that is helping them become greener.

The power plant in Fremont, Michigan doesn’t burn coal or trash to make electricity. It uses waste from food manufacturers to brew methane that is then captured and burned by two huge V-20 engines to produce enough energy to power 2,500 homes.

A large amount of the waste product the plant produces can be used as fertilizer. It can be spread on fields to grow plants. In fact, their numbers show that the “waste” is better at fertilizing the crops than the traditional manure that many farmers spread on their fields.

The Fremont Biodigester was originally built in 2013. But issues with the plant’s construction led to foul smells being reported by neighboring residents, and business issues led them to declare bankruptcy in 2017.

That’s when the biodigester was purchased by a new company. By 2018 Dynamic Systems Management had invested $3.5 million in upgrades, tracked down leaks in their air filtering building and instituted some industry best practices to contain the smells inside.

Efficiency is an important part of Scott’s work at the plant. The process starts with tankers, barrels and pallets of rejected food products that are brought in from manufacturers in Michigan and around the country.

Everything from baby formula to beer and even chocolate is separated from its packaging and dumped into a loading tank in a sealed building at the plant. The seal is to keep the ripe smell from escaping into the neighborhood.

The packaging is recycled, and the organic material is pumped over to huge tanks where the bacteria go to work breaking down the food into methane, carbon dioxide and the digestate that is used as fertilizer.

The methane is captured and used in the engines to create power. The digestate is pumped into a large holding tank before being transported to two 10 million gallon lagoons several miles away. There it waits until fall or spring, when it is spread on fields at local farms to produce the next year’s crops. It’s helping to reduce the demand for chemical fertilizers.

The Fremont biodigester is the first of the 147 biodigesters in Michigan to focus on commercial food waste. Others use animal manure, wastewater biosolids and other organic material to run.

Michigan produces over 3 million tons of organic food waste material each year according to Serfass. He says leaders in the state have set a goal of doubling the amount of recycling taking place by 2030, with biogas production being an avenue that could assist in that goal.

Serfass explained that biodigester plants like this could help reduce the amount of organic waste that is dumped into landfills. That waste can be a problem, since the methane it produces escapes into the atmosphere. Methane is one of the most potent greenhouse gases.

Leon Scott says workers at the plant want to make sure that they are good neighbors. A large orange button on the company’s website allows residents to report odors, and the reports are addressed immediately according to Scott.

They also perform two spot checks for foul odors a day near the plant and at the lagoons, with another third party checking the locations for them too.

There is currently straw covering the digestate at the lagoons, Scott said, but permanent lagoon covers will be installed as soon as the weather warms up.

The plant currently has 12 full time employees. With temporary workers and contractors, there are up to 20 people working at the site each day.