City commissioners voted unanimously to put a permanent parks millage on the ballot. 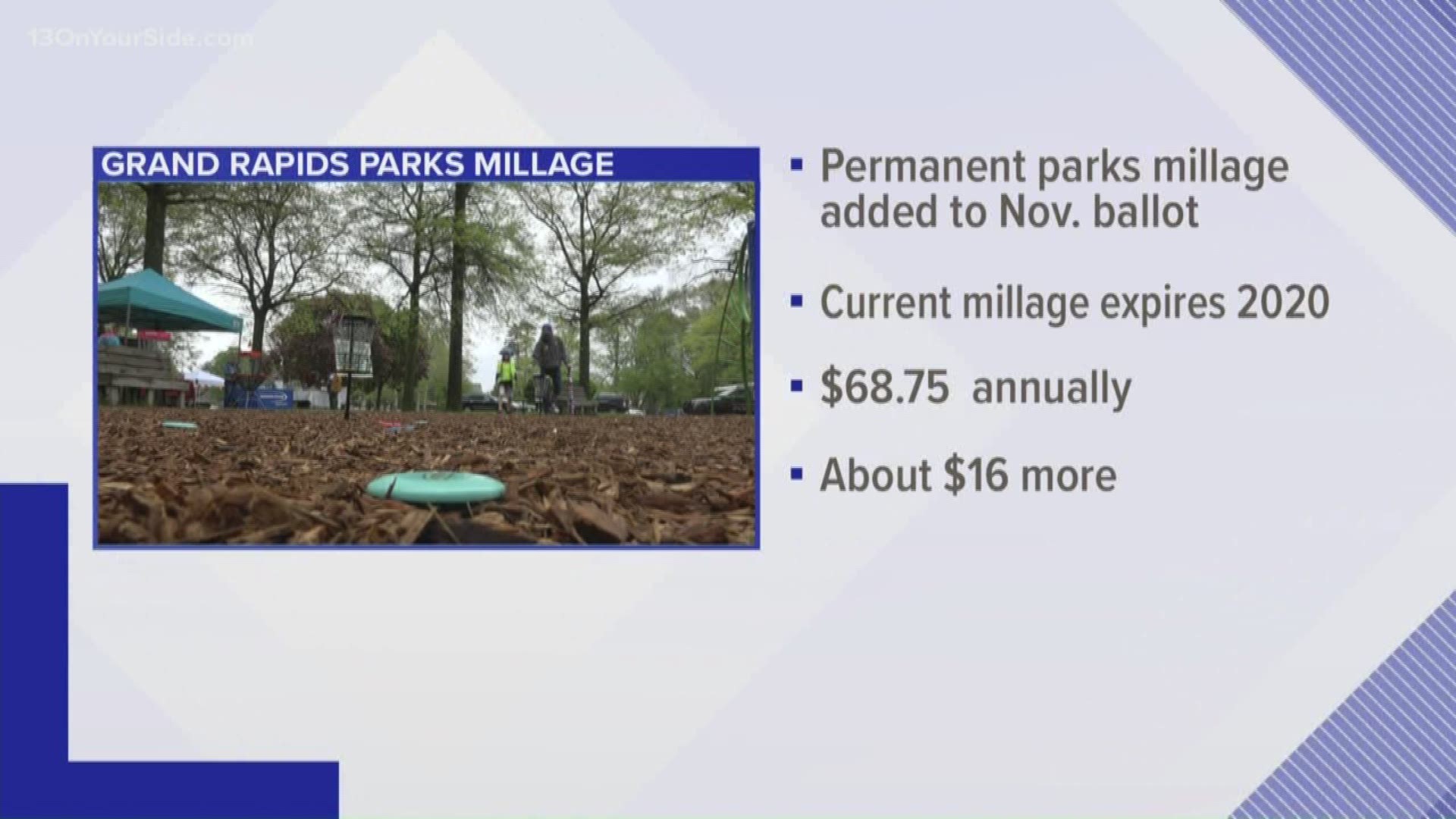 The current millage, which funds parks in the city of Grand Rapids, was enacted by voters in 2013 and it was set a .98 mills for seven years. It is set to expire in 2020.

The proposal would permanently create a 1.25 dedicated millage which would provide funding for parks, pools and playgrounds. This equates to $68.75  annually, which is about $16 more than the current millage rate for the average homeowner.

Grand Rapids Mayor Rosalyn Bliss said evergreen millages for parks are not unusual. Bliss said it's important for voters to have the option to make the decision on the millage.

Second Ward Commissioner Ruth Kelly voiced her support for the proposal. Kelly said that when the recession hit in 2008, she and other volunteers were responsible for the upkeep of the city parks because of a lack of funding.

"It makes sense for us not to have to come to the table over and over again but to have that basic level of service," said Kelly about the evergreen proposal. "To have some certainty around the parks is important because that's space where we come together as a community, which is really important."

The vote was unanimous among city commissioners to put the proposal on the ballot in the Nov. 5 election.

Joe Jones, another Second Ward commissioner, also said he was looking forward to supporting the millage.

"I actually think the parks in particular play a role, that in many ways, it transcends race and class," said Jones. "I think that we have an opportunity to be very unapologetic and rather aggressive in our efforts in getting people to take full advantage of it."

He said parks can have a positive effect on someone's health and well-being, but it can also be a gathering for diversity.

"I also think our parks serve as a great tool in our effort to make Grand Rapids more welcoming for all people—and employers in particular—because it adds to the quality of life."

If voters approve the millage, it will be put in place starting Jan. 1, 2021. There are 74 city parks and three city pools.