The new ordinance takes effect April 1, but an educational campaign around it will launch Thursday, March 5 to prepare the community.

GRAND RAPIDS, Mich. — City and community leaders in Grand Rapids came together Thursday morning to launch an educational campaign focused on the city's new weapons ordinance that will go into effect later this year.

The new ordinance takes effect April 1, but "Don't Fake It" is meant to prepare the community.

The campaign's launch -- held at the Boys and Girls Clubs of Grand Rapids Youth Commonwealth-Steil Center on the city’s West Side -- outlined the new ordinance and its importance in keeping community members and police officers safe.

The new rules stem from an incident in July 2019 where police responded to reports of a teen with a gun at a park. Officers discovered a 13-year-old with a BB gun. At the time, the city of Grand Rapids did not prohibit the "carrying" of BB guns.

Now, under the new ordinances -- which were approved by the City Commission back in December -- people won't be able to show off or shoot airsoft guns.

Children and teens under the age of 13 won't be able to have airsoft guns, replica firearms or other non-firearm projectile weapons and toys -- including bows and crossbows -- without parental supervision. Also, toy guns must be bright colored or have orange tips.

“This elevates our commitment to community and police working together for a safe community,” Washington said. “It also promotes mutual respect between youth and police.”

Payne said situations like in July 2019 create challenges for officers, who in a split second, have to determine whether they're dealing with a real or fake firearm.

“So much so that residents have called 911 believing they have seen real guns, with police officers responding to what they think are real firearm calls,” he said. “This ordinance is about the safety of our community and our officers. Real or not, these guns are on our streets.”

Training for police officers on the new ordinance will occur during patrol briefings ahead of the April 1 effective date and will be incorporated into the Grand Rapids Police Department’s digital training platform and scenario-based training, Payne said.

He added there had not been any injuries or deaths as a result of pneumatic guns and imitation firearms in Grand Rapids.

The Rev. Jerry Bishop, founder of Lifequest Ministries, underscored the importance of the ordinance and the city's commitment to making sure all people feel safe and are safe at all times throughout the community.

Violating the ordinance does have consequences, including possible fines. However, it is not intended to punish anyone but rather to protect everyone – youth, police and the community alike – according to the City Attorney’s office. 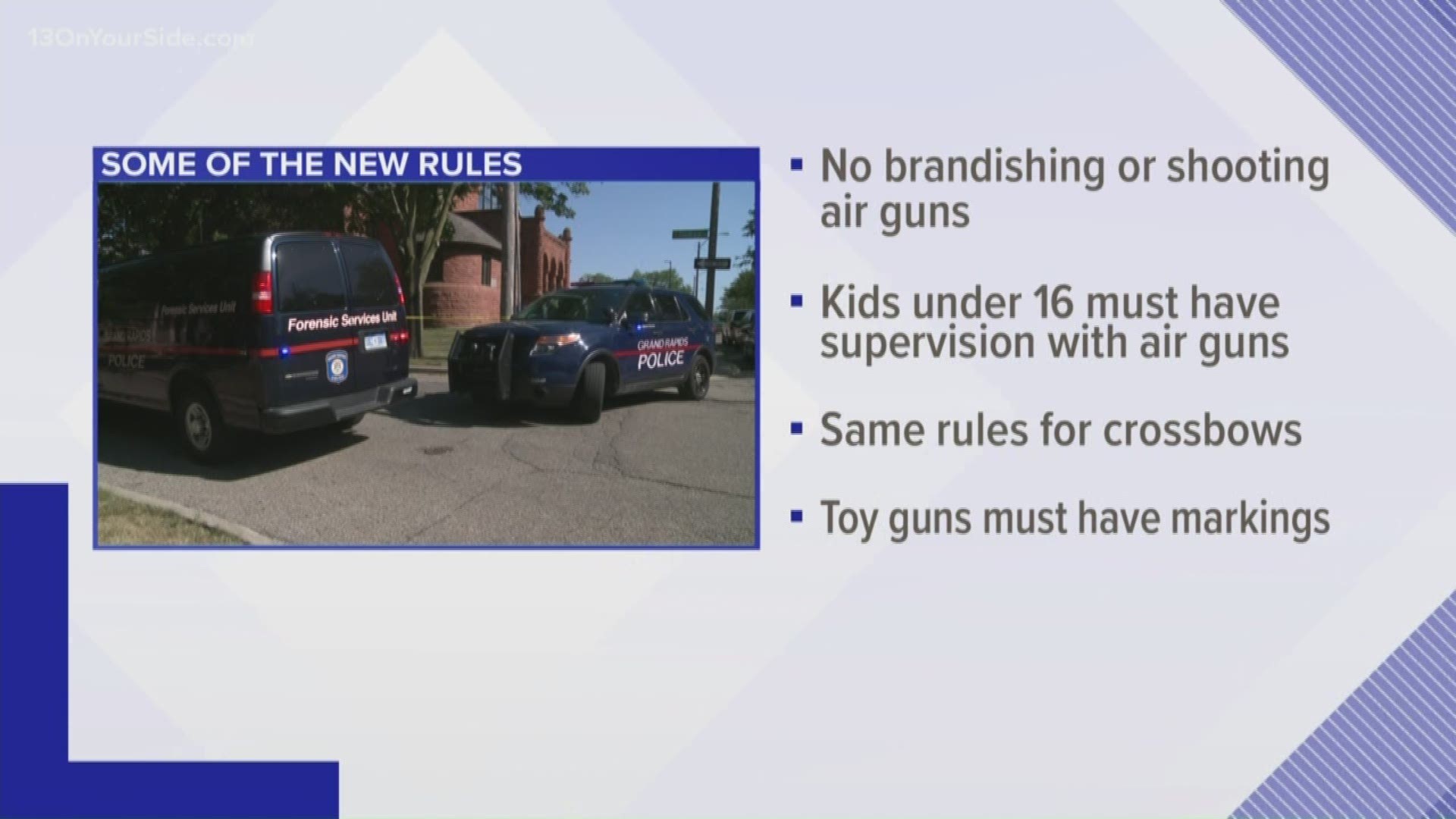 More Grand Rapids/Kent County News on 13 ON YOUR SIDE: