The signs can be seen from the water and land to aid rescuers. 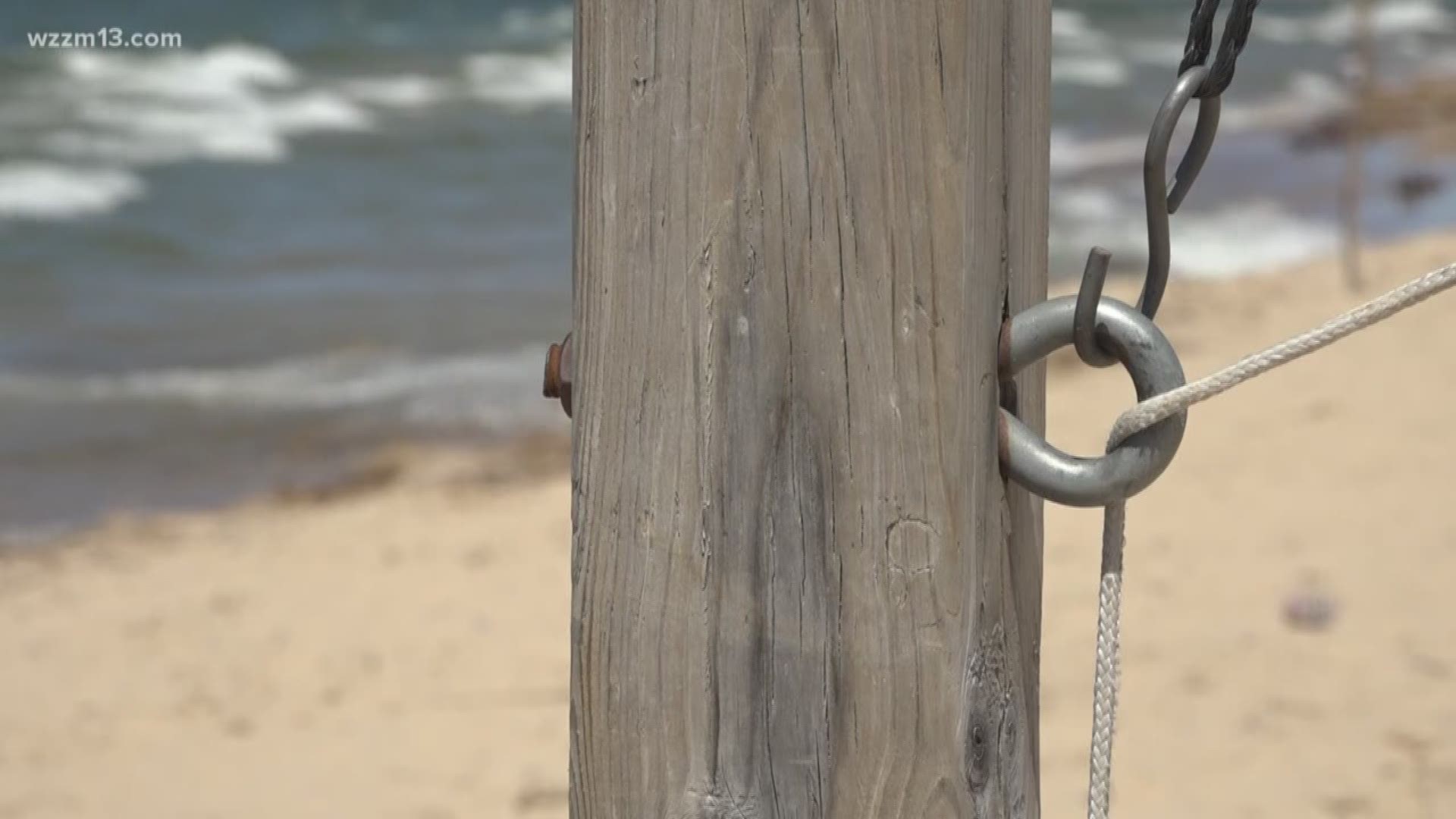 The signs separate the beach into zones at Grand Haven State Park and Grand Haven City Beach. Plans for the project started following an incident last August when two people drowned, and several people were rescued using a human chain.

"It's just a mile of white sand, and it all looks the same," McGinnis said. "There was no concerted, or intentional, effort to identify locations on the beach, and now we have 14 zones."

The signs, which are equipped with life preservers and extra rope, will allow people to give responders a more specific location if someone gets swept away. The Grand Haven Rotary Club donated $7,500 to the Department of Public Safety for the project.

"It was right in our wheelhouse," said Rotary Club Treasurer Bill Van Lopik. "When there was a safety issue, we felt it was something we should step up and help the city address."

The posts will have "last known location" flags to even further focus the searches. The state park will also have an AM radio transmitter, which will broadcast the flag system alerting swimmers to water conditions.

This will make every second count, McGinnis said.

"When those emergency crews are showing up at the beach, and they can save a minute...that's going to be the difference between life and death for somebody in the future," he said.