The erosion on Lake Michigan from recent storms has caused some beaches to close, but people still want to see the aftermath. 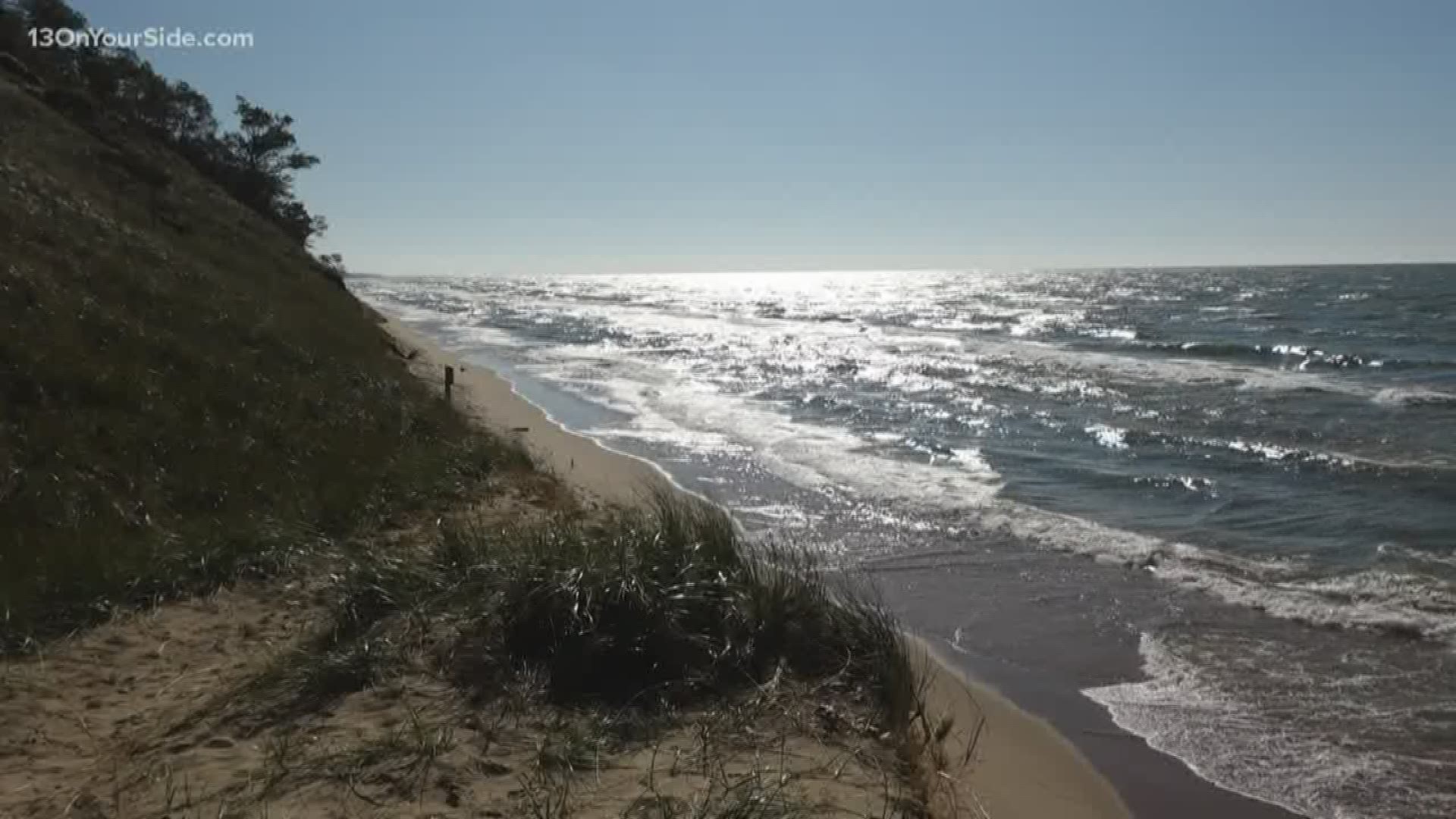 GRAND HAVEN, Mich. — Severe beach erosion due to strong winds, high water levels and rain continues to be a problem on the Lake Michigan shoreline.

Ottawa County Emergency Manager Nick Bonstell says this type of impact hasn't been seen since the mid-1980s. Some areas have lost more than 20 feet of dune due to last week's storms.

Wave heights were recorded at nearly 10 feet through the duration of the storm, and peak wind gusts were observed at over 50 mph for many locations along the lakeshore.

Because of the damage done, some beach access, like the off-leash dog beach portion of Kirk Park in Grand Haven, has been closed. However, it hasn't kept people away. Many people were at Kirk Park Sunday to witness the sight for themselves.

Susan Pete grew up in the area and said she has never seen the beach look quite like this.

"It's really crazy to see the change from this being so much beach to just complete erosion, and it makes it fun for the kids, but we also know that it's dangerous and really harmful to the houses," Pete said.

"So, we're concerned, but I guess we're enjoying it."

With each storm that passes, county leaders say they expect further erosion.