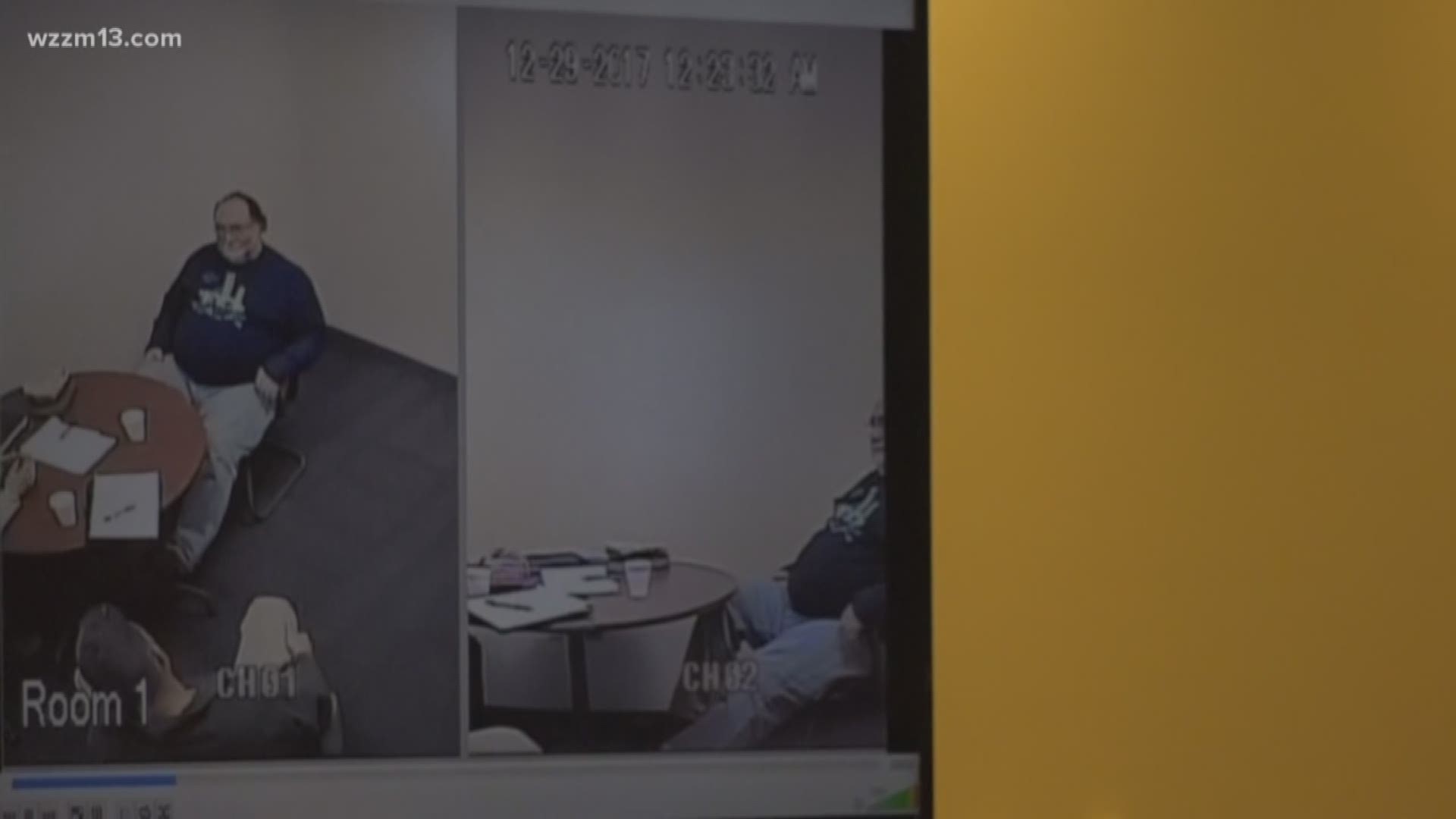 Wendell Popejoy is accused of murdering Sheila Bonge last December. Police say he shot her while she was out snow blowing their shared driveway in Crockery Township. His trial began Tuesday.

"Did you or Rhonda hurt Sheila or kill her?" Detective Michael Tamminga asked Popejoy in the recorded interview.

Jurors didn't get to the actual confession Thursday afternoon but did hear from Rhonda Clark, Popejoy's live-in girlfriend. Clark was believed to be inside the home when the shooting happened.

Police say when Popejoy confessed, he said he told Rhonda about the killing but during her testimony she denied that. Clark claimed Popejoy never admitted the crime to her. She also said she never heard a gunshot, she was asleep the whole time.

Still, jurors had questions for the long-time girlfriend. They submitted a number of them following her testimony. They wanted to know Clark's experience with guns and where the sled, Popejoy allegedly used to move the body, came from.

Clark was often brought up on the confession tape as well. Detectives asked Popejoy of a previous police report Sheila filed that claimed Rhonda fired a gun her way.

"How did Rhonda respond to that?" Detective Ann Koster asked Popejoy.

Jurors are expected to finish the rest of the confession tape Friday morning.