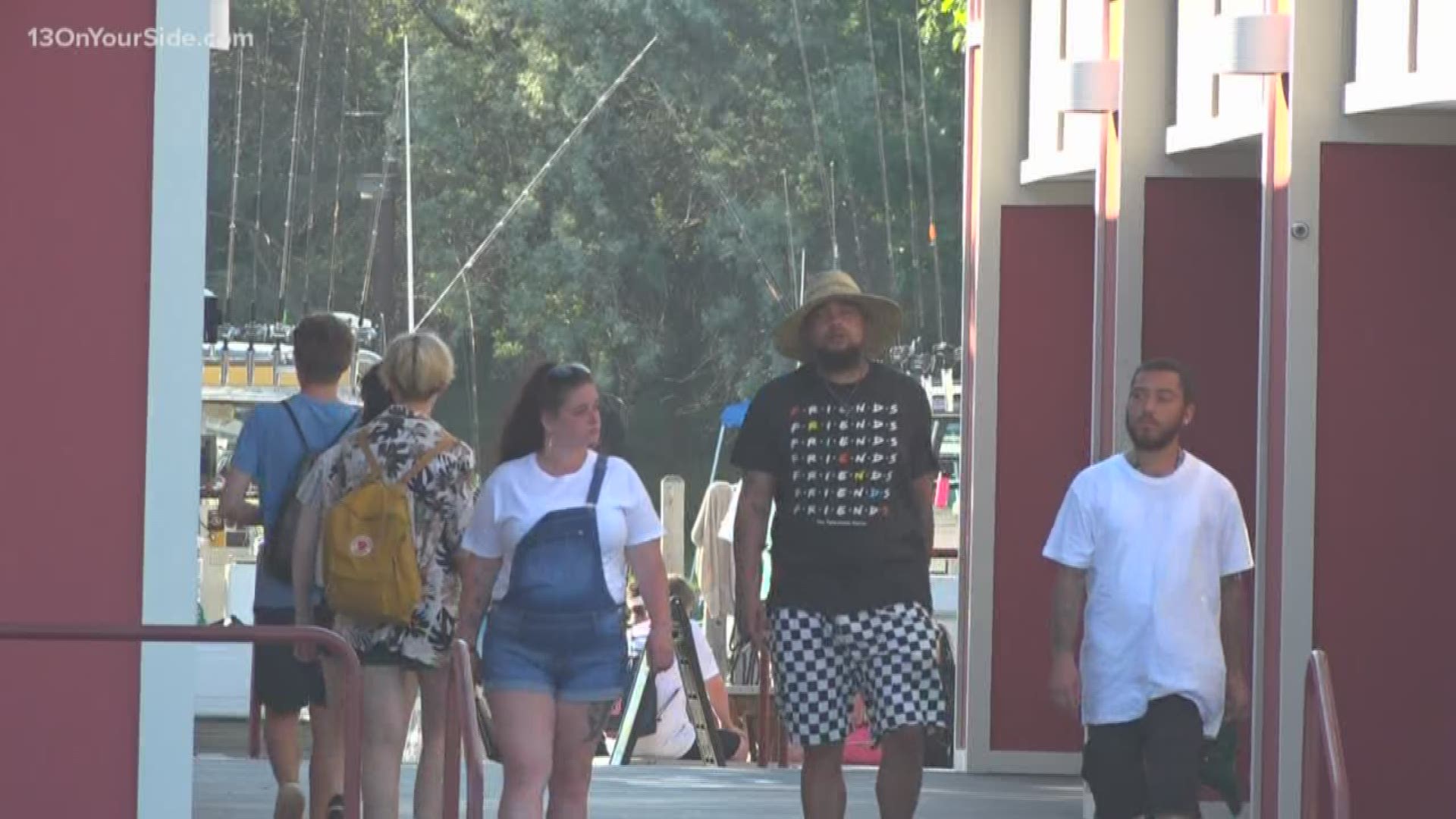 The fight involved approximately 20 women, according to a news release from the Grand Haven Department of Public Safety. The women who were fighting, were among a crowd of 150-200 young adults.

OC spray is short for Oleoresin Capsicum and is more commonly known as pepper spray.

As the officer was helping the woman in the water, others involved in the flight ran away and yelled profanities at the officer, according to the release.

More officers arrived to help and the pier was cleared and closed due to the possibility of the crowd re-forming.

The fight did not stop the fireworks in the city, those went ahead as planned.