There is an unexpected development in the future of Grand Haven's waterfront. 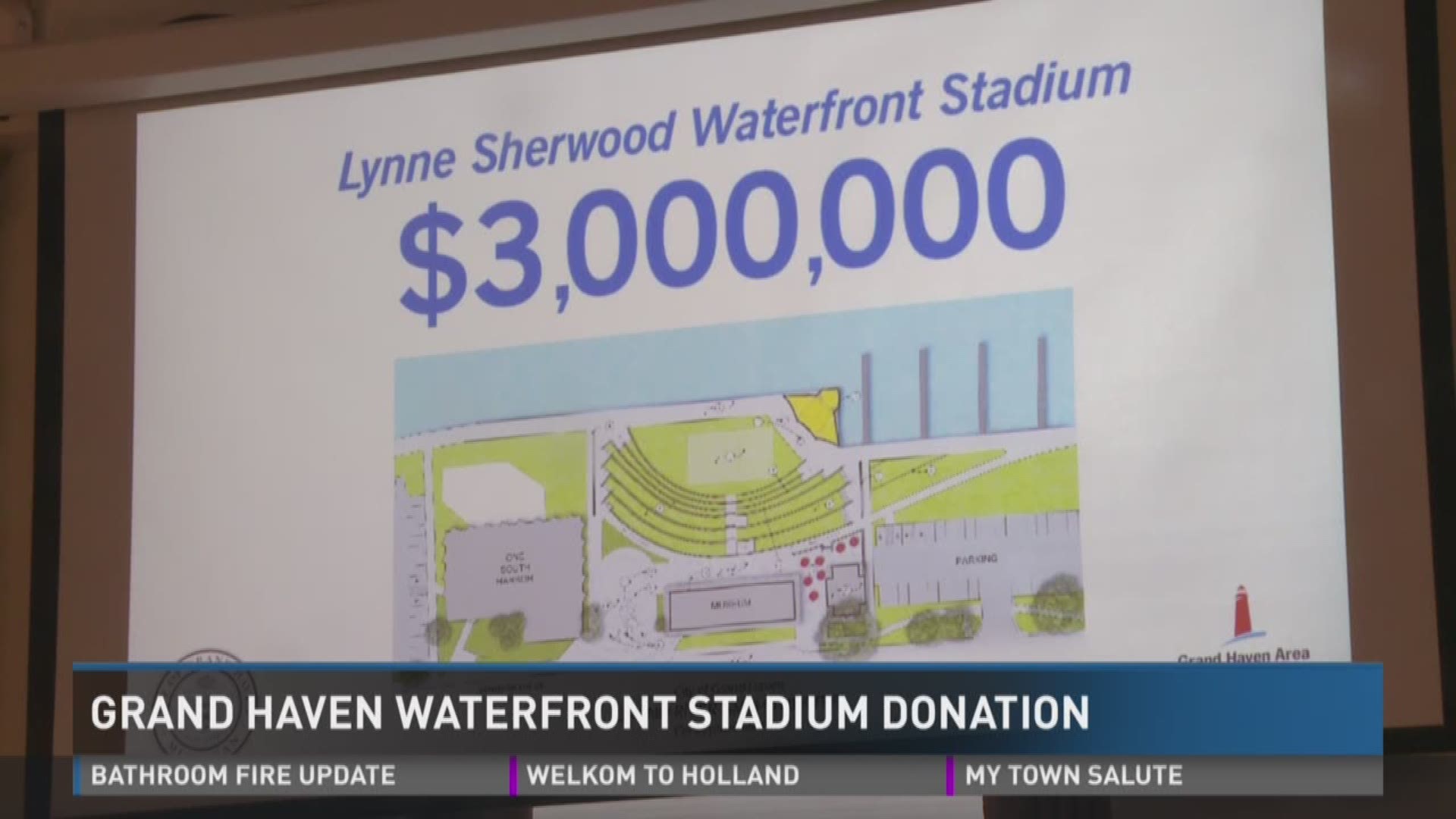 There is an unexpected development in the future of Grand Haven's waterfront.

On Thursday afternoon, community leaders announced a $3 million donation will go to the city's Waterfront Stadium project. It comes after the sudden death of a local philanthropist who left the money in her will.

There was loud applause during the bittersweet announcement at Grand Haven city hall; some people were also wiping away tears.

The $3 million donation to the city's Waterfront Stadium project comes from 74-year-old Lynne Sherwood, who died in January and left the money in her will.

"Her death came as a shock and deep sadness to everyone, but the legacy she is going to be able to leave with her generosity is something that we are very honored to be a part of," said Holly Johnson, president of the Grand Haven Area Community Foundation.

The plan is to remove bleachers dating from the 1960s and replace them with greenspace which will include an amphitheater.

"We're trying to create a four-season venue for our community here," said Steve Loftis, who is involved in the Waterfront Stadium project.

"When you have a hard bleacher on concrete, it's not a place where people want to hang out, and we wanted to make it more open, more people-friendly," said Grand Haven Mayor Geri McCaleb.

The city still needs to raise additional money for the project estimated to cost at least $4 million.

"This makes that goal of $4 million or $4.5 million a whole lot easier," said Mayor McCaleb.

The facility will also be named the Lynne Sherwood Waterfront Stadium.

City leaders say there is no specific timeline for when the project will begin. They're hoping for next year but say it may have to wait until 2018.