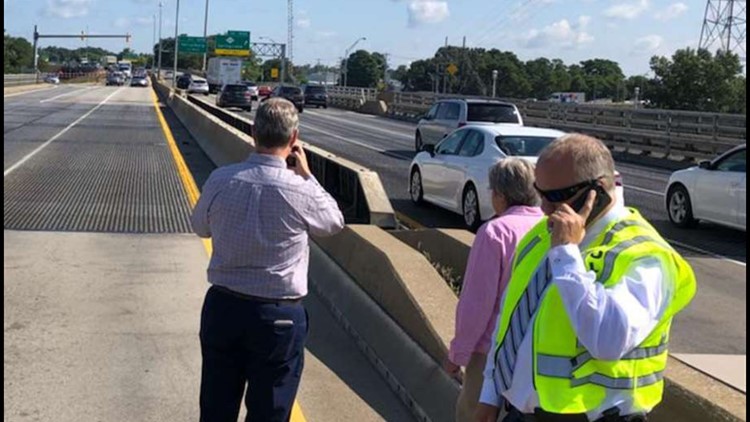 GRAND HAVEN, Mich. (Grand Haven Tribune) - Motorists can expect delays on northbound U.S. 31 starting Monday, Feb. 11, as major repairs are made to the drawbridge over the Grand River.

A single-lane closure will be in effect from 8 a.m. to 3 p.m. Monday through Friday through the end of the month, according to City of Grand Haven officials. The right lane will be closed for about two weeks to complete the bridge work.

The ramp to M-104 will remain open during the project.

Lane closures will not be permitted during periods of inclement weather.

John Richard, spokesman for the Michigan Department of Transportation’s Grand Region, said the work will entail the replacement of the drawbridge’s motor drive system, gear coupling replacement, cleaning and painting of the span lock and tail lock machinery, and other electrical replacements.

2018 saw several major traffic delays on U.S. 31 due to the drawbridge getting stuck open, prompting discussions among city leaders and law enforcement agencies about limiting bridge openings during periods of heavy vehicle traffic.

A fixed bridge to replace the drawbridge has been proposed over the years, according to city officials. The city owns land on both sides of the Grand River, but a project and funding plan has not yet been proposed.

A fixed bridge would be taller than the drawbridge, which sits about 23 feet above the river, and would likely begin before Jackson Street for northbound lanes and before the Ferrysburg/Spring Lake exits for southbound lanes.

A bridge 45 feet above the river would still require a drawbridge mechanism, per U.S. Coast Guard requirements. A fixed bridge would need to be at least 60 feet high.