The Musser family has owned the hotel since the 1930s. 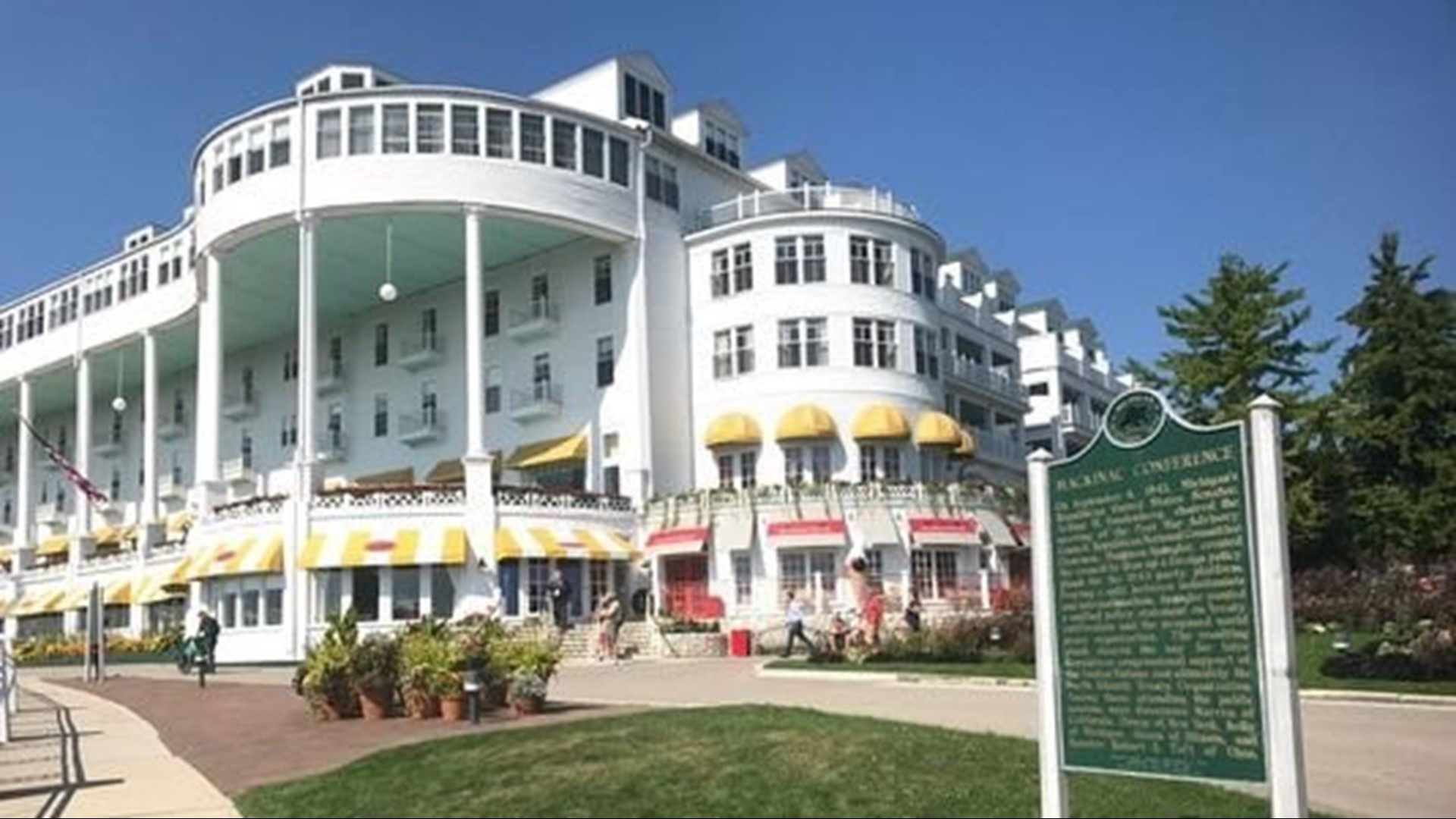 MACKINAC ISLAND, Mich. — The owners of the iconic Grand Hotel on Michigan's Mackinac Island said Tuesday that they've reached a tentative deal to sell the hotel to a private equity firm.

The Musser family and KSL Capital Partners are expected to close the deal within 30 days. Terms were not disclosed Tuesday.

The 397-room, 332,500-square-foot (30,890-square-meter) hotel was built in 1887 on the island in the Straits of Mackinac that separates Michigan's Upper and Lower peninsulas. It has hosted five U.S. presidents and has more than 150,000 overnight guest stays each season.

"This Time for Keeps," a 1947 movie musical starring Esther Williams, partly was shot on Mackinac Island. "Somewhere in Time," starring Christopher Reeve and Jane Seymour, was filmed at the hotel in 1979 and released the following year.

"It has truly been an honor and a privilege for my family to serve as steward of this incredible Michigan landmark for nearly nine decades," Dan Musser III said in a news release. "This is a role we have not taken lightly, nor was this decision to transfer ownership to KSL. KSL is a seasoned investor in travel and leisure businesses, with a depth of resources and capabilities to provide exceptional service."

Musser III will remain chairman to provide "leadership and guidance to the team, ensuring a seamless transition," according to the release.

Motor vehicles are prohibited on Mackinac Island and visitors get there by ferry or plane. The hotel is open from early May through late October and visitors are greeted by its 660-foot-long (201-meter-long) porch.

"KSL understands the importance of Grand Hotel to Mackinac Island, the State of Michigan and beyond, as well as its history, charm and traditions," said Michael Mohapp, a principal of KSL. "It is both a privilege and a great responsibility to take over ownership. We are grateful for the trust that the Musser family has placed upon us, and for Dan's continued guidance that will help ensure that Grand Hotel remains a driving force in drawing visitors to Mackinac Island as it has for generations."

For nearly 40 years, the hotel has hosted the Mackinac Policy Conference, an annual gathering of business and government leaders from the Detroit area and across the state.

"The Grand Hotel and its incredible, dedicated staff are our extended family," said Sandy Baruah, Detroit Regional Chamber president and chief executive. "Both the venue and the Grand's team are key factors in making the Mackinac Policy Conference unique and special. Our team is comforted to know the Grand's executive leadership team, including Dan Musser III, will remain in place."