Another person charged with riot from Saturday's destruction

Ten people are now facing charges related to the riot.

GRAND RAPIDS, Mich. — UPDATE: A third person is facing a riot charge as of Thursday, June 11.

Haile Wlekidan Abreeham, 22, faces one count of riot, a 10-year felony, one county of entry without breaking with intent to commit larceny, a 5-year felony. Abreeham is facing charges related to damage at Preusser Jewelers.

A total of ten people are now facing charges related to destruction that occurred on May 30 in downtown Grand Rapids.

Chase Spencer, 23, has been charged with riot and one count of malicious destruction. The Kent County Prosecutor's office said in a release the victim in this case is Urban Obsession Salon downtown.

Brian Jennings, 30, was charged with riot, breaking and entering of a building and malicious destruction of a building. A news release said this is related to the damage of the prosecutor's office building at 82 Ionia.

Jennings was already charged with malicious destruction of Curtis Cleaners earlier this week.

In addition to the damaged buildings during the violence Saturday night, police cars were burned -- five from Wyoming and two from Grand Rapids -- along with three structure fires and several dumpster fires.

The riots broke out following a peaceful protest against against police brutality on black people in America. The protest was originally planned for Saturday, May 29 in reaction to the death of George Floyd in Minneapolis.

Nine people have been charged with riot and malicious destruction. John Dupree, Matthew Hurth, Ronald Raymond, Oliva Hull, Alexandria Lyons and Adrian Bake, along with an unnamed minor were charged earlier this week.

Riot is a 10 year maximum penalty felony and  malicious destruction of a building could carry an additional five years. 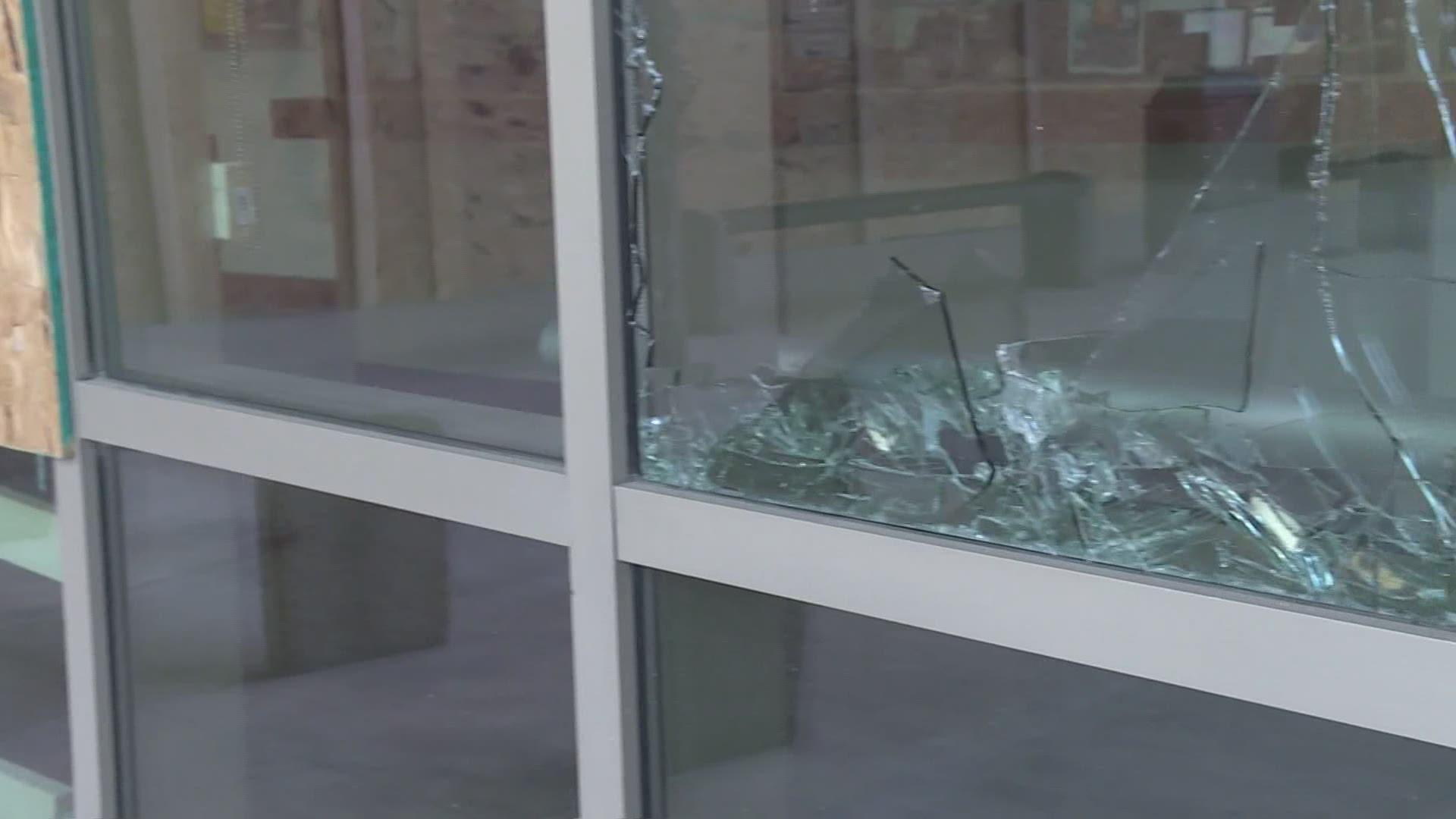