GRAND RAPIDS, Mich. — Five more people have been charged after the protest turned violent in downtown Grand Rapids over the weekend.

Another person was charged with riot and one count of breaking and entry. Oliva Hull, 23, faces charges related to damage at the Sundance Bar and Grill, according to the prosecutors office.

Also, a 15-year-old has been charged with one count of riot but he is a minor so the case will be handled in the juvenile system.

Becker's office did not provide information on when the people involved would be arraigned.

The charges come after violence erupted following a peaceful protest against police brutality on black people in downtown Grand Rapids. The protest was originally planned in reaction to the death of George Floyd in Minneapolis.

Saturday night and into Sunday morning Grand Rapids police arrested 7 people when the protest turned violent. City officials said there were no serious injuries to members of the community or law enforcement. However, 100 businesses were impacted by damage, 7 police cars were burned -- five from Wyoming and two from Grand Rapids -- along with three structure fires and several dumpster fires, police said.

Two others were charged earlier this week following the violence. Yesterday, Alexandria Nicole Lyons was charged with riot and malicious destruction of property for damage at a county-owned building at 82 Ionia Avenue NW.

The first person to be prosecuted, 18-year-old Adrian Keech Baker, faces several charges, including riot, a 10-year felony. The Van Buren County man is free after posting a $5,000 bond. 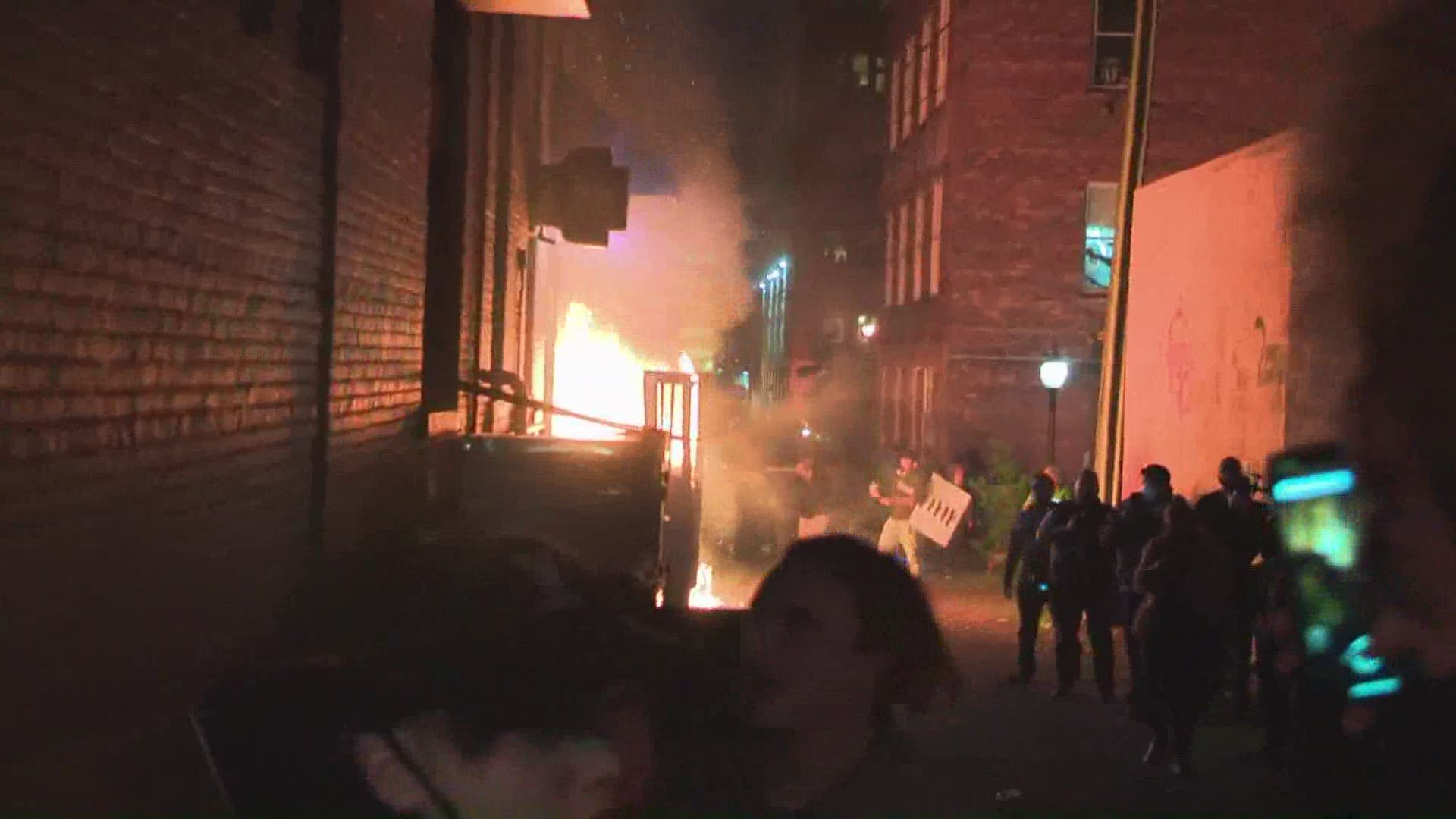