GRAND RAPIDS, Mich. - In celebration of the 50th anniversary of Alexander Calder’s La Grande Vitesse sculpture, the GR Economic Club hosted a luncheon and invited a special guest to give his remarks.

The Econ Club held the luncheon at the JW Marriott on Monday, May 6. The club celebrated La Grande Vitesse's 50th anniversary in downtown Grand Rapids, and who better to touch on the topic than Jed Perl. Perl is an art critic and author and wrote the first biography of Alexander Calder.

Monumental abstract art was still controversial in the late 1960’s, when Grand Rapids made the daring decision to commission Alexander Calder to create La Grande Vitesse, most popularly referred to as "the Calder."

The steel sculpture is 43 feet tall, 54 feel long and 30 feet wide -- weighing at 42 tons. It's painted Calder's signature bright red. The title is French for "the great swiftness," which can also be translated to "grand rapids." The sculpture is included in the City of Grand Rapids official logo.

The plaza itself went through some upgrades last summer. Downtown Grand Rapids Inc. added chairs, couches, umbrellas and oversized games to fill up the space in front of La Grand Vitesse. 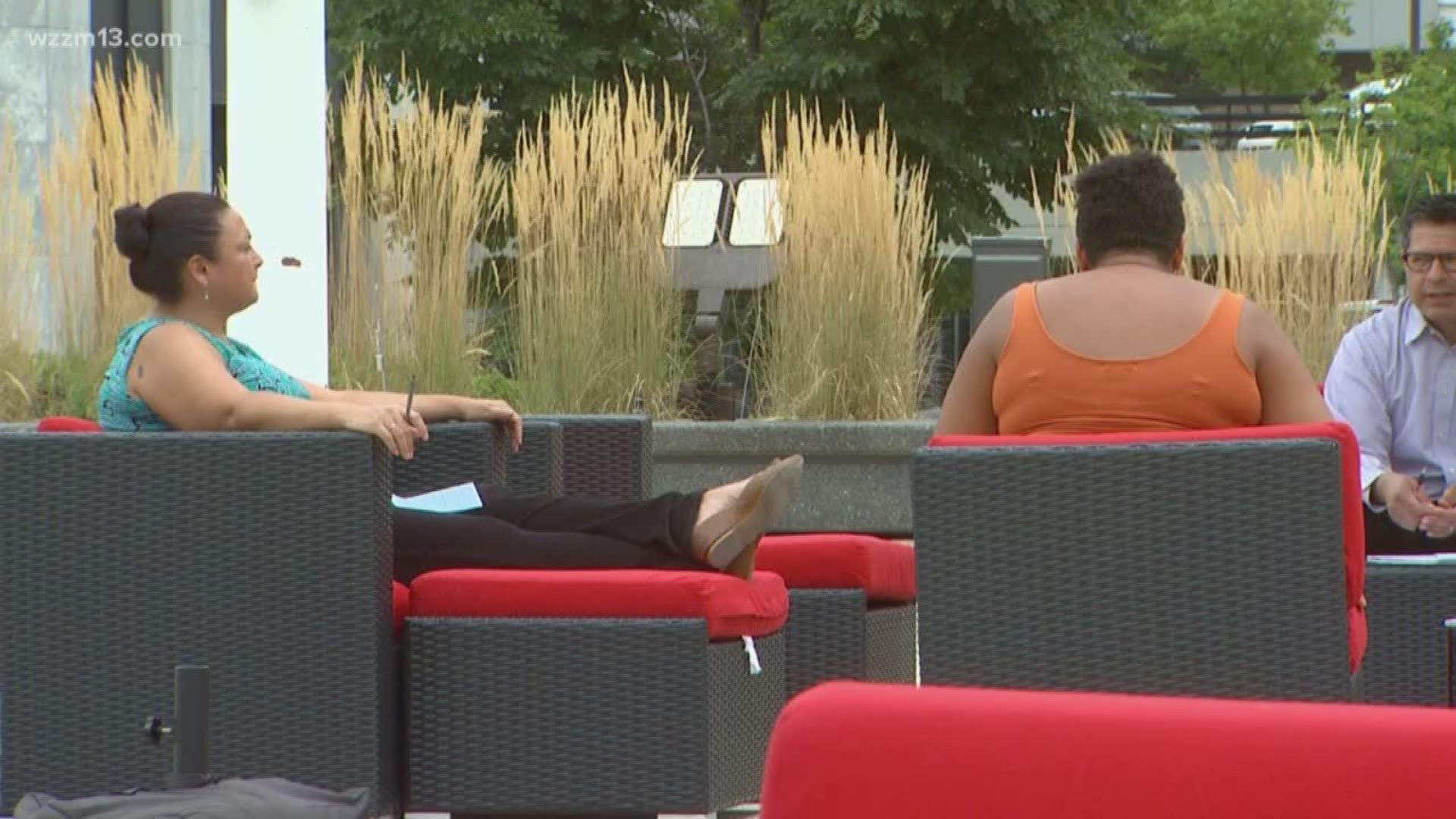