A Facebook post claims the letter was issued because of a complaint that the banners are racist. However, the city says it has nothing to do with their content. 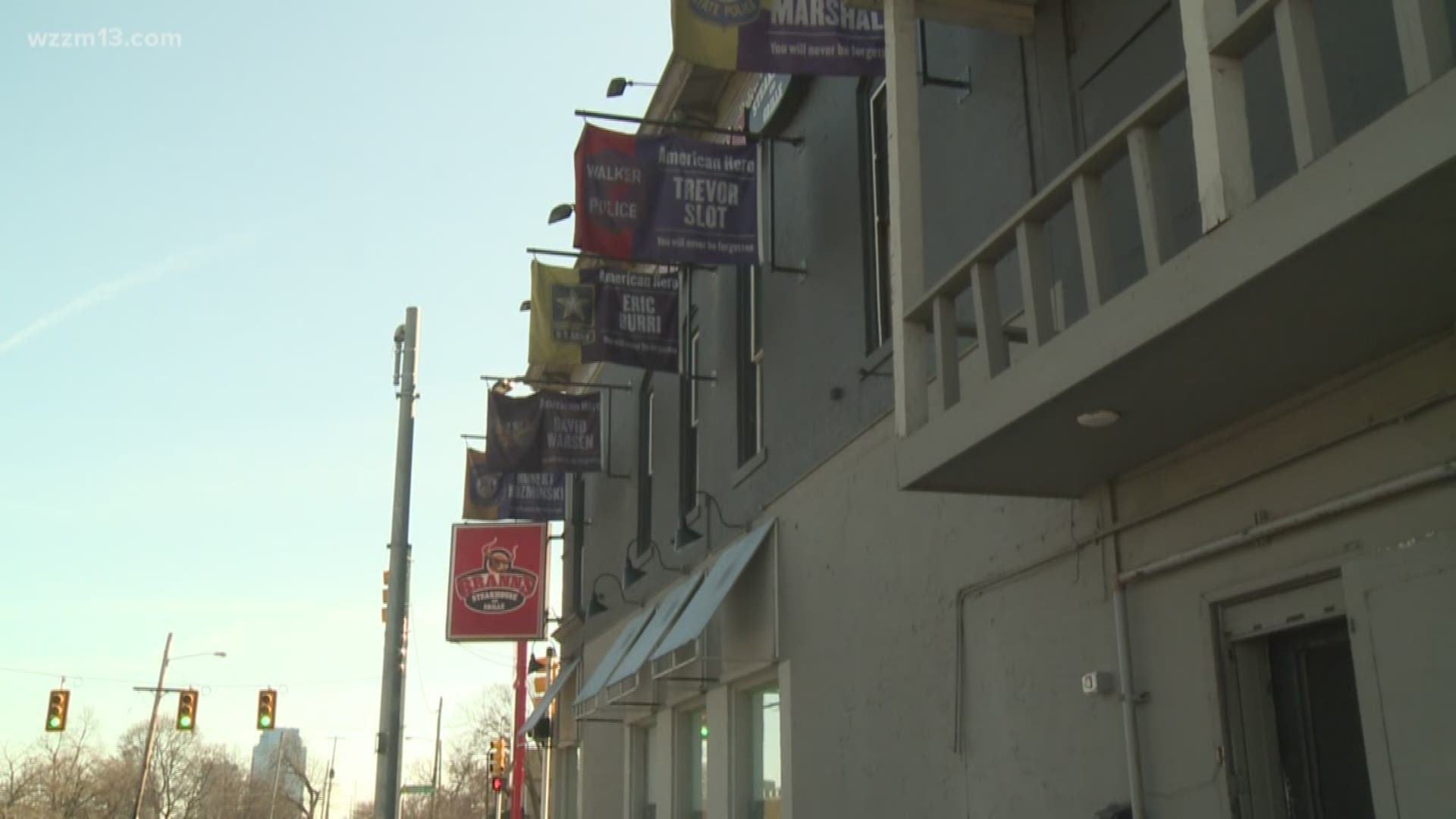 GRAND RAPIDS, Mich. - The city issued an enforcement letter to Brann's Steakhouse on Leonard Street NW in Grand Rapids for banners that were hung up on the building.

One of the banners read, "They're damned if they do, they could die if they don't: Our police officers." Another just says, "Thank you! Grand Rapids Police."

According to Steve Guitar, the spokesman for the city of Grand Rapids, the city received a complaint about the number of banners on the side of the building. The city issued Brann's an enforcement letter asking the company to apply for a variance from the zoning board of appeals or take the banners down.

Guitar also said that five flag banners were hung up, and based on the building size, city ordinance says that there can only be two or three.

The banners came into question after a Facebook post claimed that the city required the banners to be taken down because of complaints that they were racist.

Guitar said the letter was not issued for that reason: "It had nothing to do with the content of the signs."