Posters with anti-Semitic messages were discovered on a Grand Rapids temple Sunday morning. 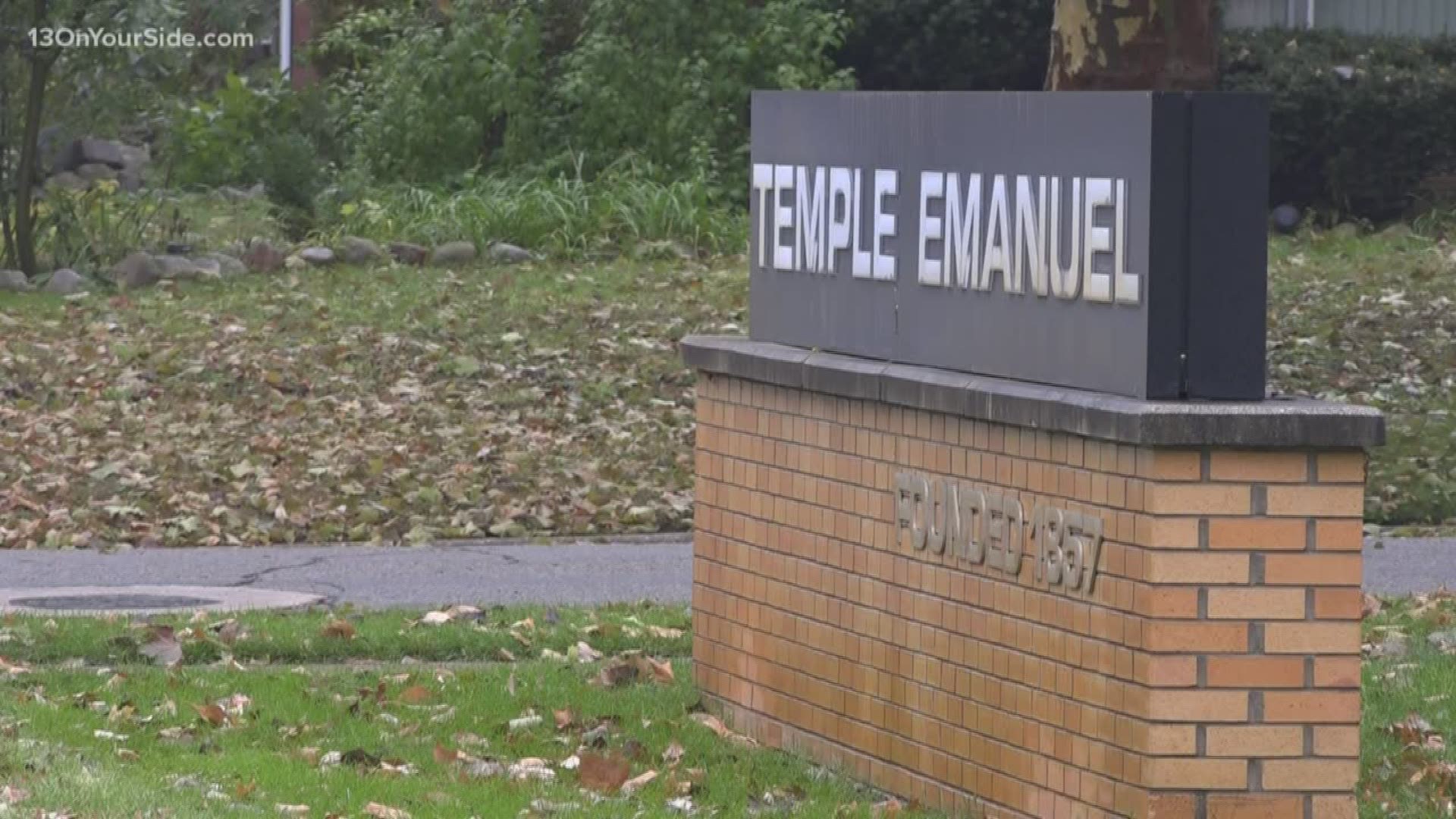 The spokesperson said that the posters had anti-Semitic comments on them and he removed them from the building.

A widely shared Facebook post claims the building was vandalized, but the spokesperson said no damage was done to the building. The Grand Rapids Police Department, however, did respond to the temple for a malicious destruction of property complaint.

The Jewish Federation of Grand Rapids issued a statement about the incident. They said the messages were posted on doors.

"This hate crime was reported to the Grand Rapids Police Department who is conducting a thorough investigation. Sunday school and Temple activities continued as planned," the Jewish Federation of Grand Rapids said.

GRPD said forensics personnel processed the scene and detectives will continue to investigate. In a release, the department said they find this crime "particularly disappointing" because they had attended a Stop the Violence Summit at the Lamb of Church God earlier in the day.

"Hate has no place in our community and it will not be tolerated," stated Chief of Police Eric Payne. "Our officers work hard everyday to ensure safety and security for everyone in this city."

"This act of hate has no place here or anywhere. The diversity of Grand Rapids is a blessing that makes our community stronger and more beautiful. We are united against any effort to harass or intimidate the congregation of Temple Emanuel or any of our Jewish brothers and sisters," he said.