Sunday is the first night of a temporary curfew in Grand Rapids. 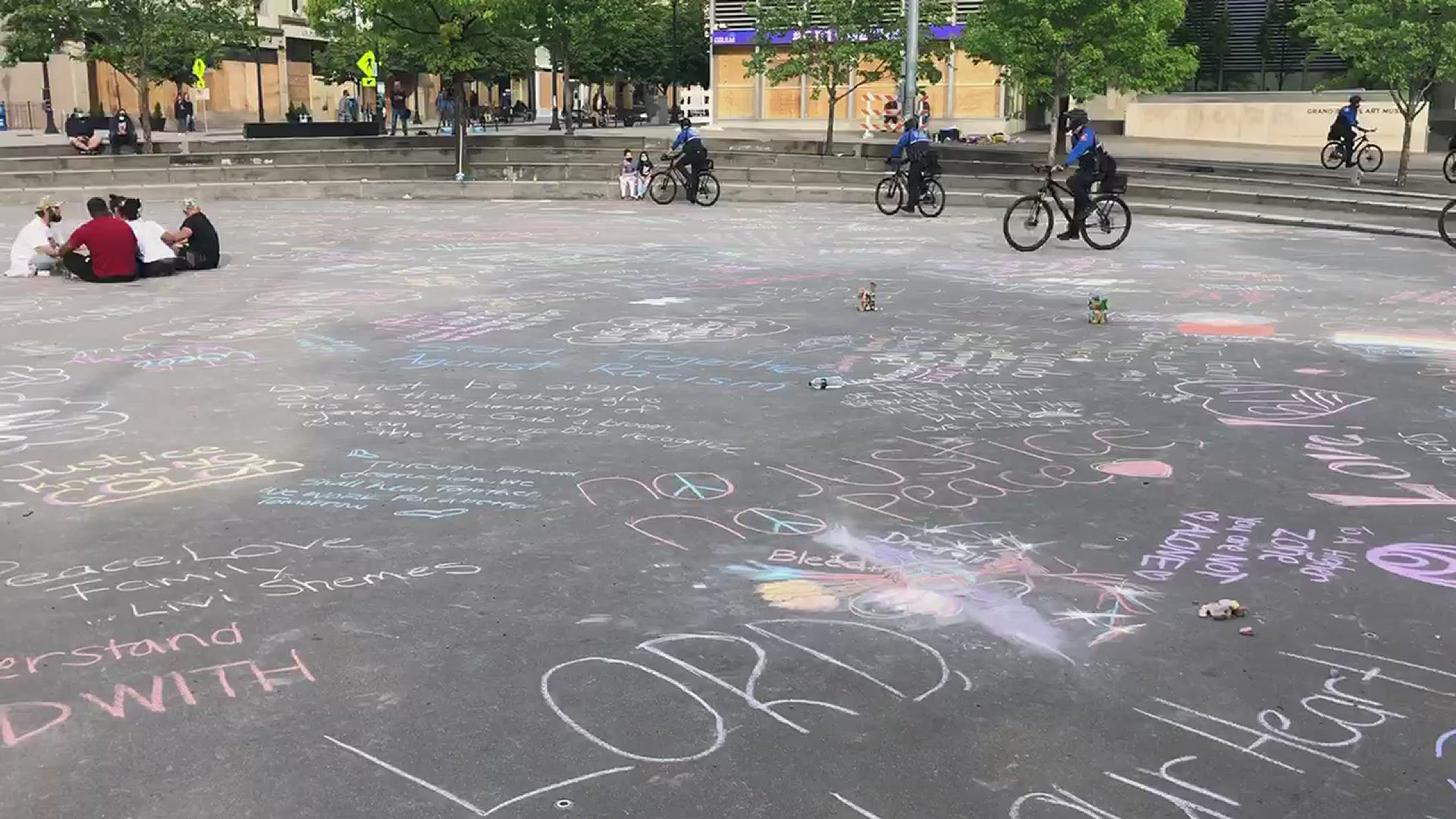 GRAND RAPIDS, Mich. — *This story will be updated throughout the night.*

Grand Rapids Mayor Rosalynn Bliss announced a proclamation of civil emergency, which includes a nighttime curfew from 7 p.m. to 5 a.m. for the next two nights.

Sunday at 7 p.m. the curfew went into effect. Here are live updates from Grand Rapids as the night progresses

9 p.m. - Grocery stores within city limits or close to the city also closed early. A Meijer on Alpine Avenue was closed because of the curfew.

8:40 p.m.- Mounted police officers are also out Sunday night to enforce the curfew.

8:30 p.m. - Police continue to patrol the quiet streets to enforce the citywide curfew.

8 p.m. - Members of the National Guard are outside the city's fleet management building.

7:50 p.m. - Downtown Grand Rapids is pretty quiet with mainly only law enforcement on the roads.

7:30 p.m. - A group of six peaceful protesters were arrested after they were told to go home and didn't. Officers returned 20 minutes later and took them into custody.

6:55 p.m. - Officers were driving around with loud speakers reminding people to get home within the next five minutes. There were still people standing around.

6:15 p.m. - Downtown Grand Rapids was still relatively busy with foot traffic with less than an hour before the curfew goes into effect.

2 p.m. - Bliss announced the curfew and the civil emergency. Grand Rapids will receive assistance from the Michigan National Guard.