A protest has been planned for downtown Grand Rapids Saturday. 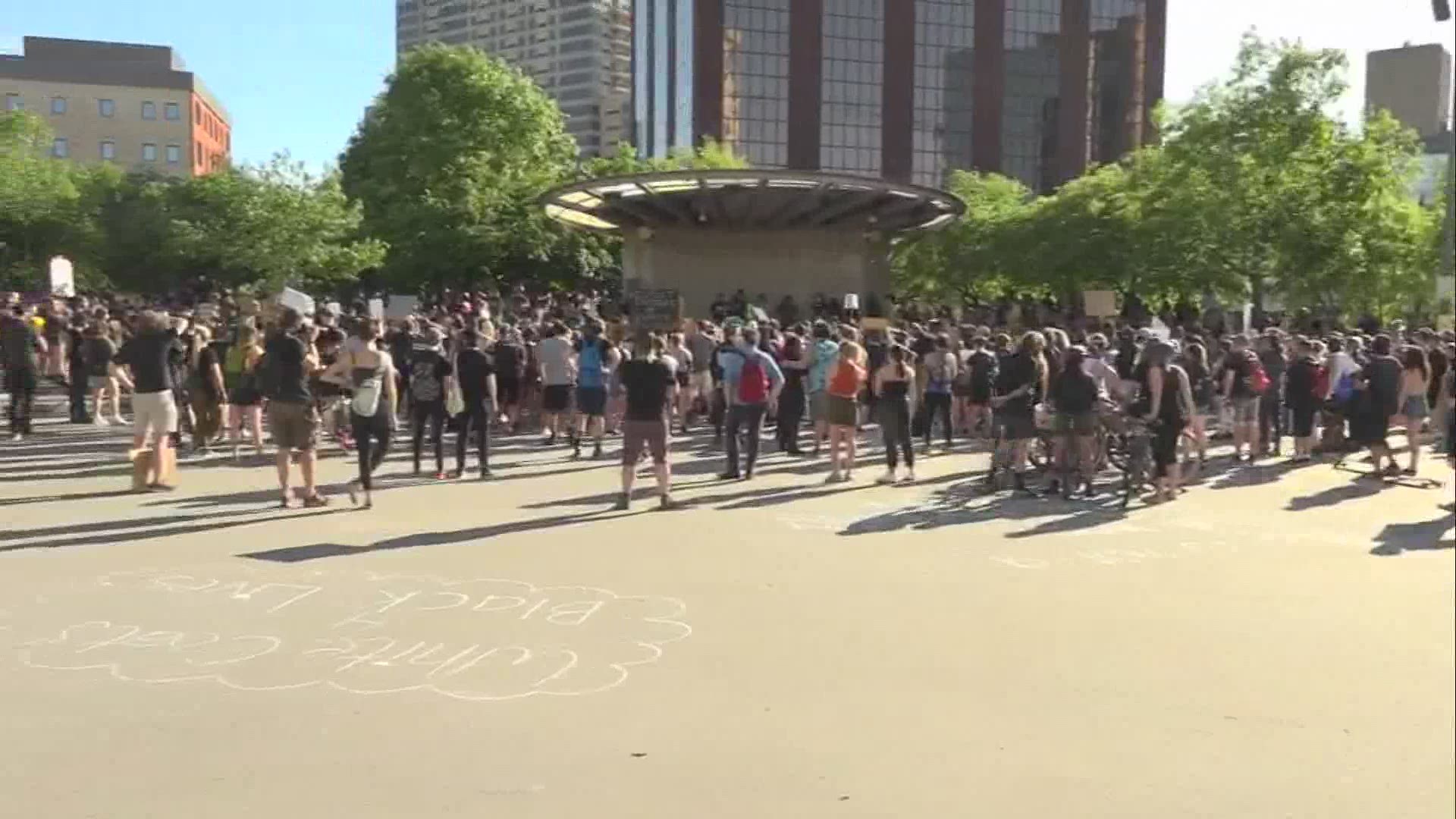 GRAND RAPIDS, Mich. — *This story will be updated throughout the afternoon/evening*

The fourth protest in a week is happening in downtown Grand Rapids Saturday afternoon. This one is called a unity protest, and it'll take place at Rosa Parks Circle. "We need to come together as a community to ensure the safety of our people, our black men and women," the event description reads.

It follows a string of other demonstrations, all planned or led by different people, that are protesting against racial injustice and police brutality.

WATCH  VIDEO OF THE PROTEST HERE:

Police are asking protesters on Monroe Center north of Ionia to leave the area or get arrested.

Protesters stayed downtown after it got dark outside. Some protesters told police to remove there riot gear.

Around 8:30 p.m. Saturday a group of protesters stayed downtown demanding to speak with the police. Grand Rapids Police Chief Eric Payne told them he was willing to meet with them.

Earlier in day, organizer of the event told us they want the City of Grand Rapids to realize that racism exists here and that Black Lives Matter.

“Overall, as a nation we’ve been going through a lot. I think a lot of the cities in the states within the nation have connections to these major stories for a reason. So we want to stay within our community,” said organizer Jeana Mason.

The group of organizers we talked to also said they wanted to send a clear message to the Grand Rapids Police Department.

"I think it’s important for them to come out to the communities they police and let them know that we are safe.” Mason added.

Leaders said they plan to meet with Chief Payne and they have already talked to the department about setting the meeting up.

At the protest there were people handing out water bottles, face masks and groups were getting people registered to vote.

The local chapter of the NAACP was also in attendance along with Grand Rapids Mayor Rosalynn Bliss.

The group left Rosa Parks Circle around 4:30 p.m. and starting marching. Members of the Grand Rapids Fire Department knelt in solidarity with the protest.

The city of Grand Rapids said roads in the downtown area would be closed during the demonstration.

The fourth protest in week is happening in downtown Grand Rapids Saturday afternoon.