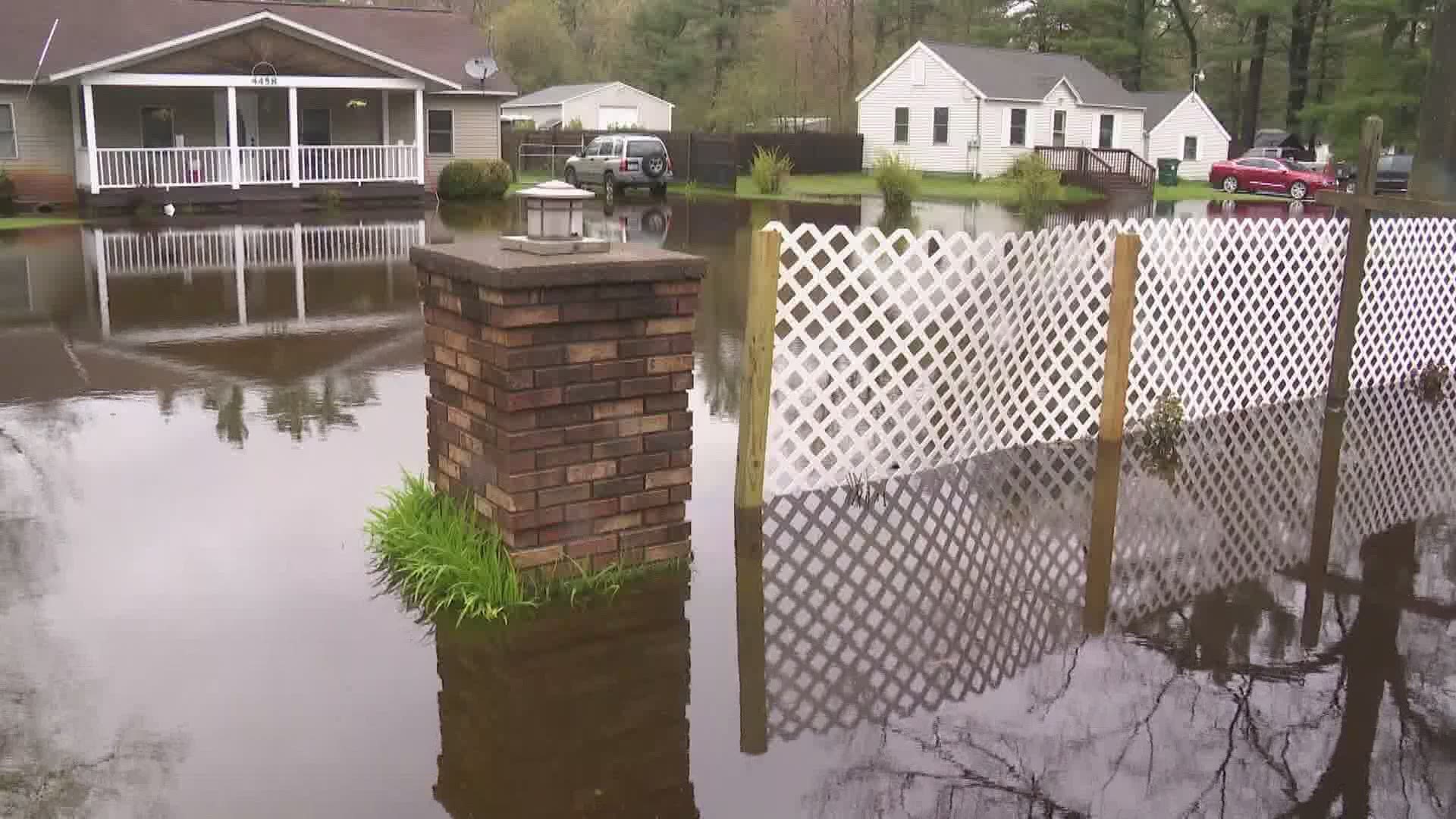 GRAND RAPIDS, Mich. — Water levels on the Grand River are cresting Friday after several days of heavy rain led to a surge on the river.

In Grand Rapids, the Grand River crested at 19.6 feet, which is the fourth highest crest of all time. The National Weather Service said it is similar to another high crest in May 2004.

The river also crested in Comstock Park Friday morning at similar levels to May 2004. Major flooding continues in this region.

The National Weather Service said it will crest in Robinson Township Friday night.

Outside of Kent County, flooding is an issue for Ottawa and Muskegon counties. The counties both declared local state of emergencies over the weekend. The declarations will assist in coordination of additional resource, according to the county office.