Mayor Bliss thanked the police officers and the other agencies that assisted in public safety. 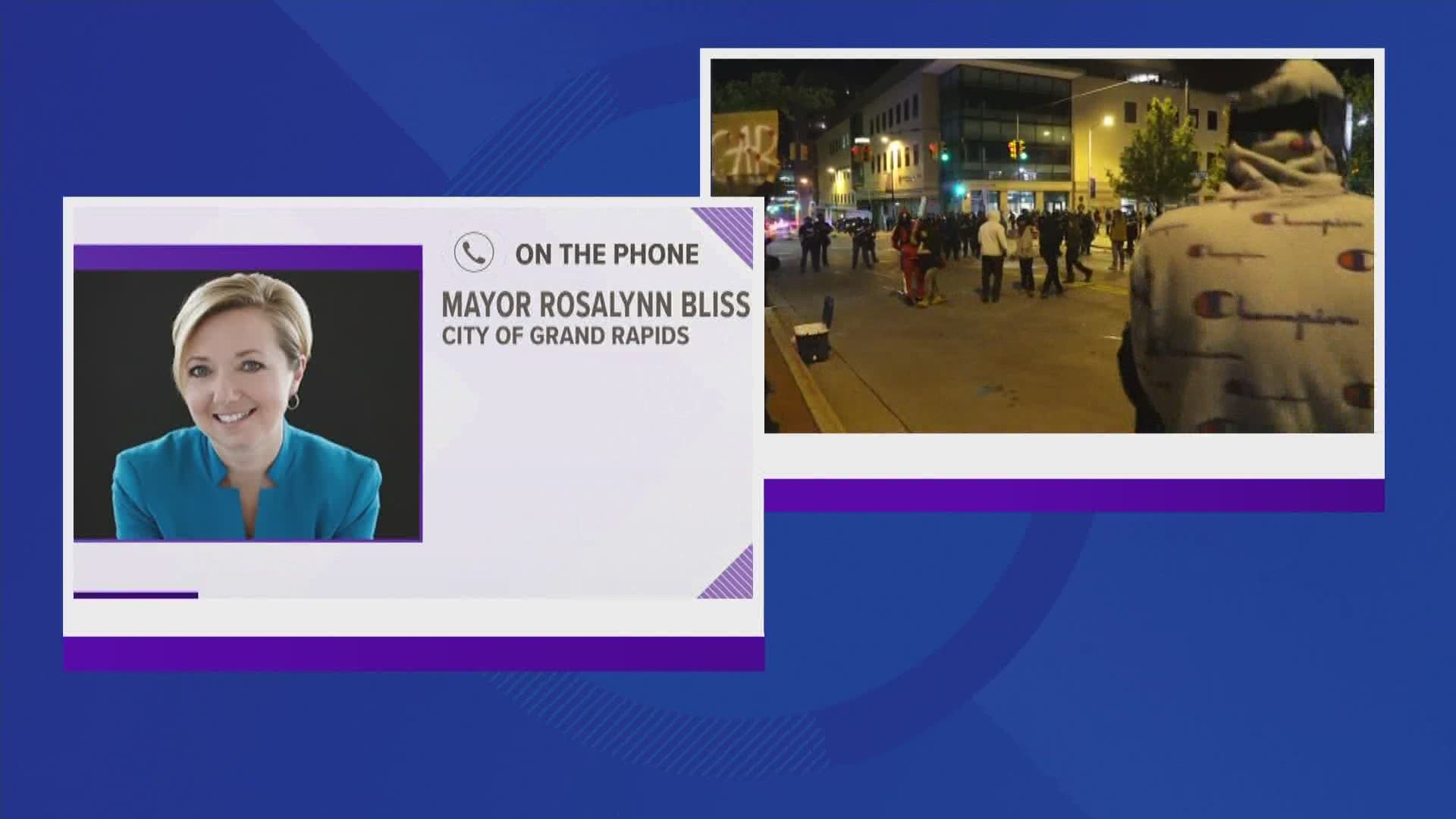 "The violence, chaos and destruction that replaced the peaceful protest are unacceptable," she said in a statement. "This does not represent who we are or Grand Rapids. We are a compassionate community that comes together to have hard conversations and solve tough issues."

The protest that preceded the evening's riots and looting was meant to be peaceful and allow people to stand in solidarity with Minneapolis after the death of George Floyd .

Mayor Bliss thanked the police officers and the other agencies that assisted in public safety.

"I pray for unity in our city and across our country. And recognize that we have a lot of work to do as we continue to work together to build trust and strengthen relationships between our Police Department and community members," the statement said.

1 / 22
Brad Ivey
A peaceful protest in Grand Rapids against police brutality turned violent Saturday, May 30. This is the damage.

"Our department is saddened by the events that have transpired downtown over the past 9 hours.  What started as a peaceful rally was distorted into senseless acts of vandalism and violence.  We know these pointless crimes do not represent who we are as a city," the statement reads.

GRPD said it will "work around the clock" to ensure everyone involved in criminal activity will be held accountable.

Other local lawmakers reacted to the violence on Twitter.  Rep. Justin Amash asked for people to "not conflate" the protesters with the rioters and  Rep. Bill Huizenga said the looting  only "serves to hurt more families." 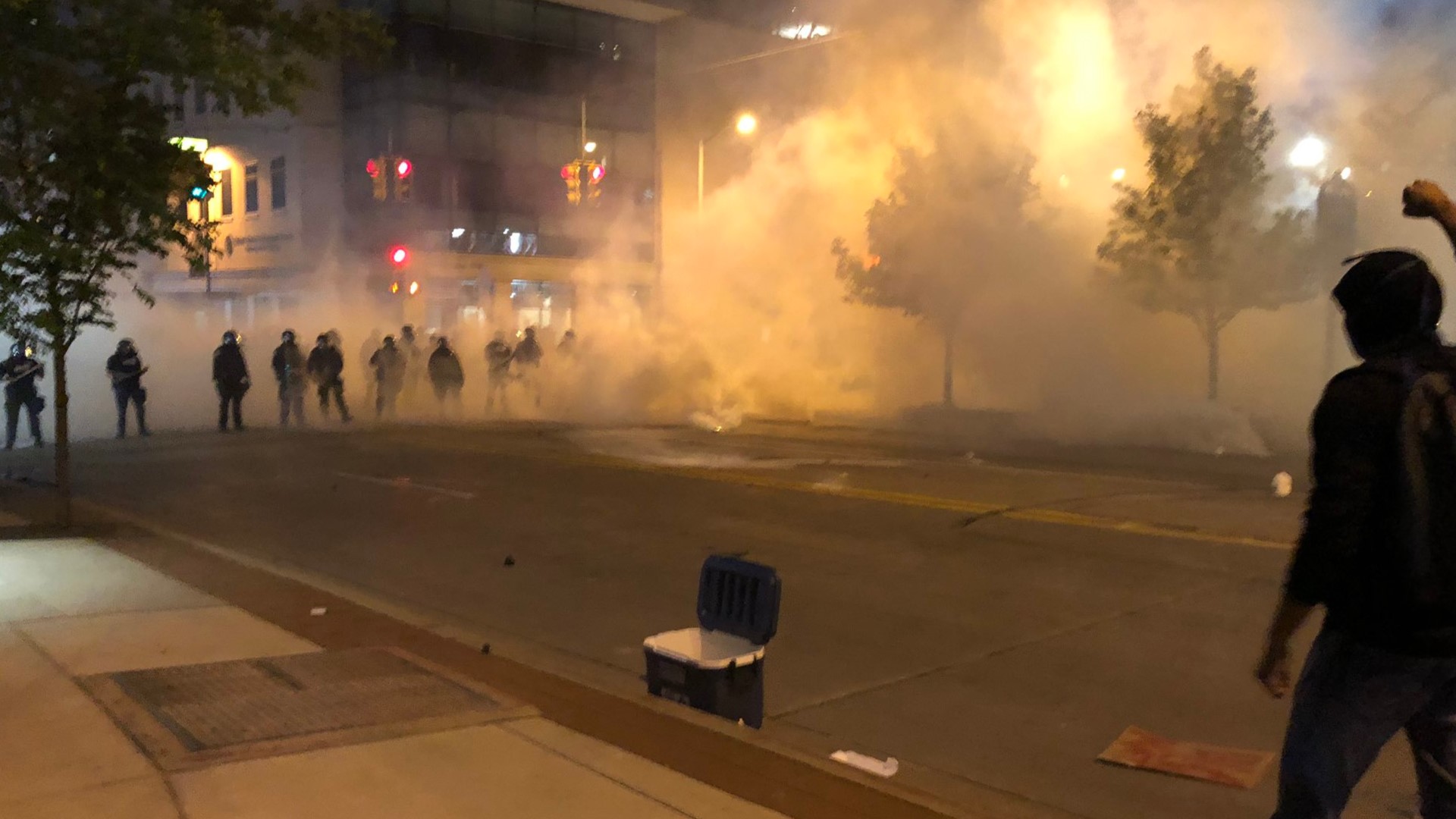