A union rally, at a union monument, on a union holiday. 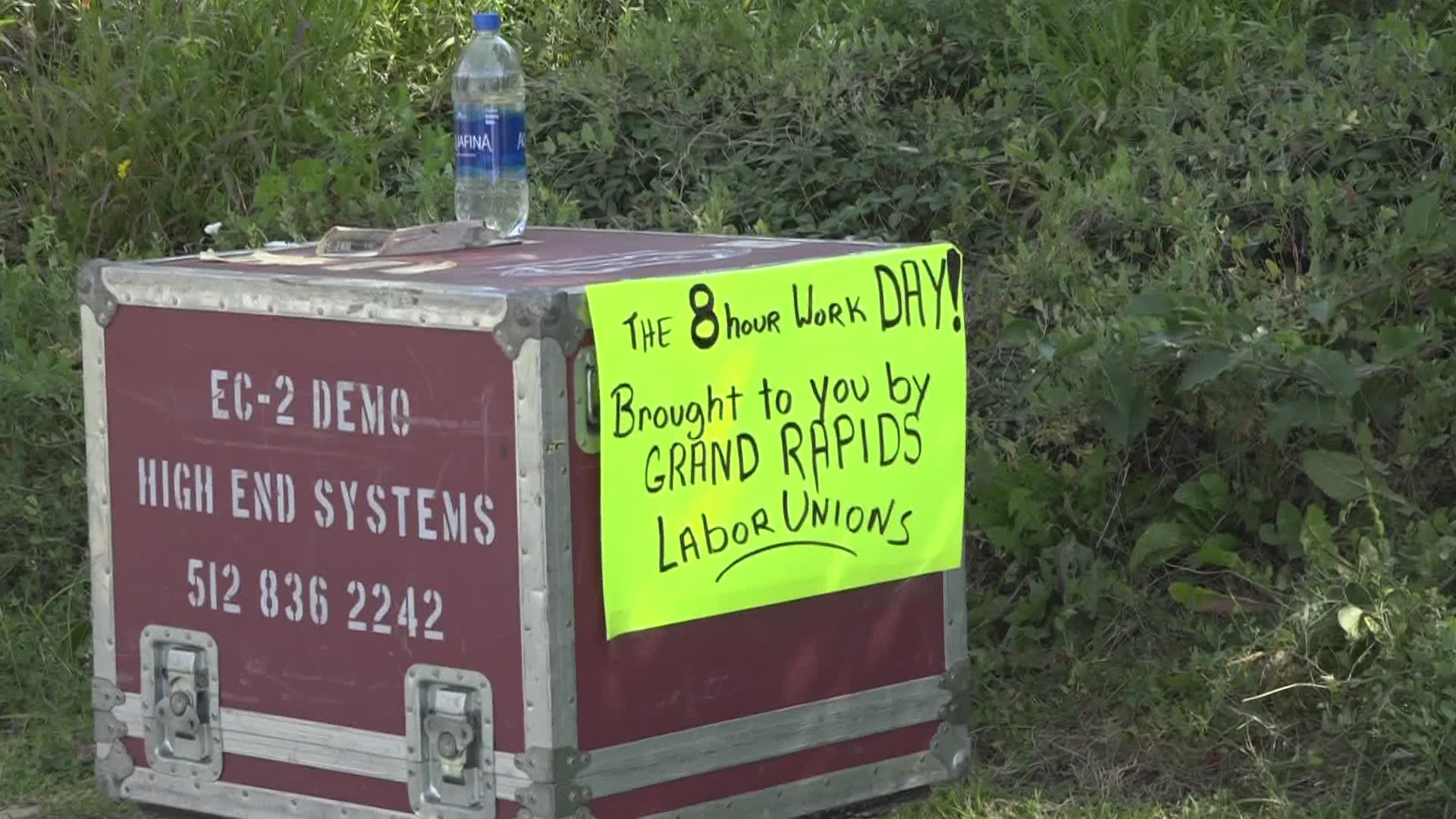 GRAND RAPIDS, Mich. — Near the downtown Grand Rapids Ford Museum, Road cases covered the sidewalks this labor day. The International Alliance of Theatrical Stage Employees (IATSE) Union stood in solidarity outside of the monument dedicated to the great furniture strike of 1911. They are one of many labor unions that have called marches and rallies the last few months as the coronavirus pandemic decimated many contact-based jobs.

Stagehands put together sets and work backstage at concerts and plays. Those events have been canceled due the threat of COVID-19 from drawing large crowds in close proximity in mostly indoor spaces.

Joshua Roskamp, the business agent for the local IATSE union moderated the event.

Roskamp put out in an initial press release that said, "There are no concerts, theater performances, in-person meetings or conventions for stagehands to work at and we need the $600 to pay our bills. Economists and industry owners are saying we cannot start work again until spring 2021 or later."

RELATED: The history and origin of Labor Day

The Rally was called 'A Push for 600' asking that congress continues the added $600 unemployment benefit for people that need a liveable wage while out of work due to the pandemic.

Congress returns Tuesday after not being able to agree on a second coronavirus relief package for American citizens before their August recess. Now they are coming back as employers attempt to re-hire while the virus has began to increase in 22 states.

Stagehand Lindsey Katerberg told the crowd that their job doesn't end at the negotiating table.

"Activism is something that you can do on so many levels. One very small way that every registered voter can help us is to understand that everything that we gained at the bargaining table can be lost in the polls. So it's very important for us to gather behind candidates that have our best interest at heart," Katerberg said.

After local candidates and union members finished their remarks, the pushing began.

Stagehands and other theater crew members walked around Ah-Nab-Awen Park to show that they aren't tired of working, they just love the job they already had.

"We are pushing road cases around the block in solidarity that we miss the work that we usually do and we look forward to doing it again," Roskamp said.