Vice President Mike Pence also stopped at the event to pay his respects to the DeVos family privately. 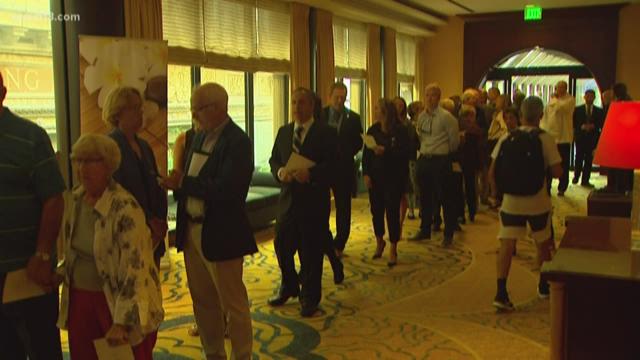 "Seeing him approach an employee in the hotel and remember their name, he would thank them for what they do, give them encouragement to do better, I think I'll remember those moments the most," said Winn.

DeVos was buried on Tuesday, Sept. 11, at a private ceremony. On Wednesday, the public got a chance to say thank you at a celebration of life ceremony.

Vice President Mike Pence also stopped at the event to pay his respects to the DeVos family privately.

Ron Carter saw the generosity of Rich DeVos firsthand during a trip to Orlando. "He made it possible for each of the kids to receive a gift card of $100 for them to be able to buy something and take it home," said Carter.

On Thursday, Sept. 13, a private, invitation-only service will be held at LaGrave Church in Grand Rapids. It is scheduled to take place at 2 p.m.

There will also be a simulcast of the funeral playing at DeVos Performance Hall from 2 to 3:30 pm. The public is invited to attend that simulcast.