The Kent County Prosecutor issued his findings on Friday. 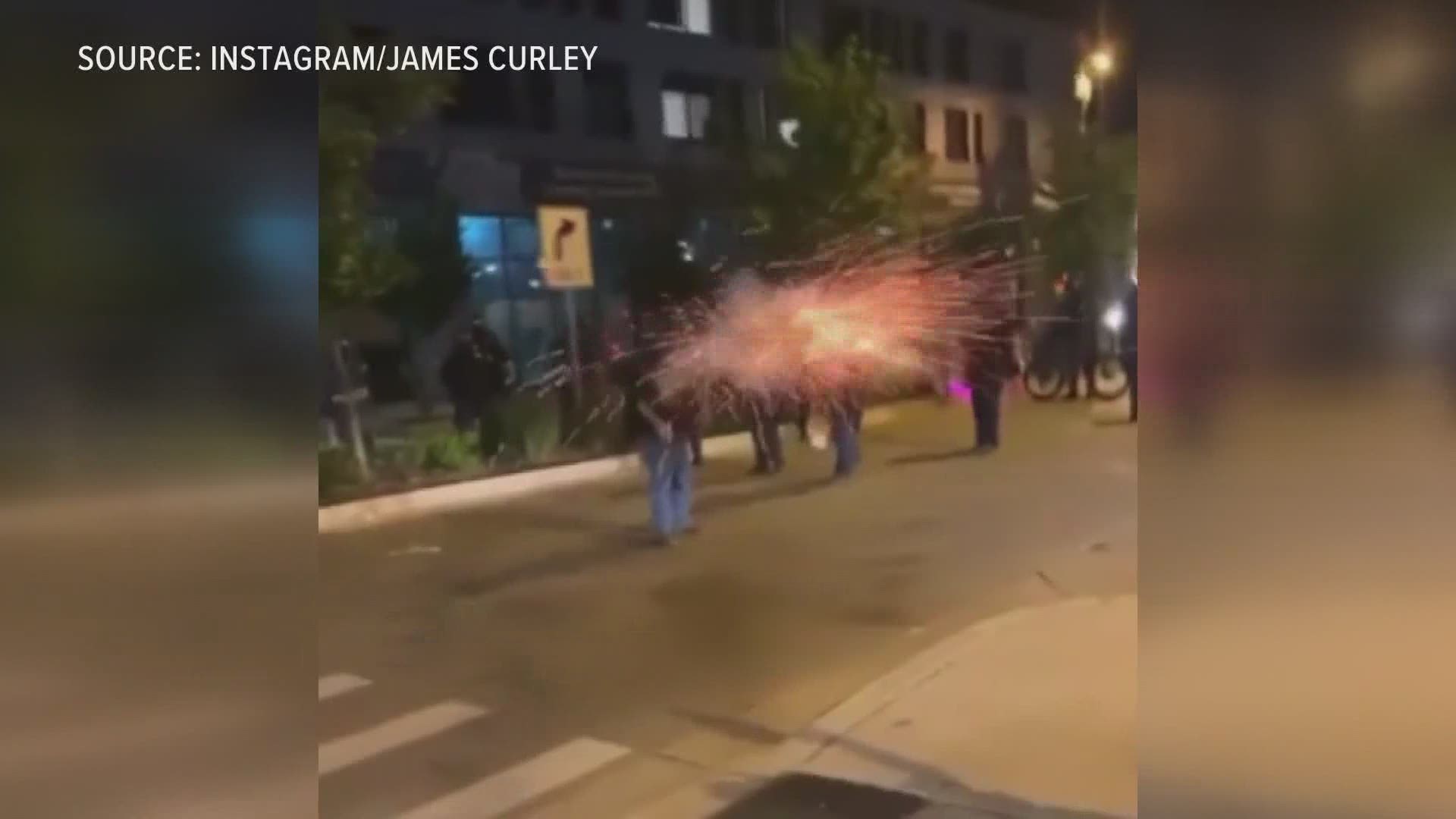 GRAND RAPIDS, Michigan — A Grand Rapids Police officer who was seen in a widely shared video shooting tear gas at a man in close range will not face charges for the incident.

Kent County Prosecutor Chris Becker wrote in an opinion released Friday afternoon that the case was reviewed both for use of force charges for Officer Phillip Reinink and riot charges for Sean Hart, the man hit by chemical spray at close range. Neither will face charges.

Becker said that it is virtually impossible to bring charges against an officer who is working to disperse a riot or unlawful assembly, per Michigan law.

Becker says Hart had gotten stuck at a police barricade near Sheldon Avenue SE and Fulton Street East. According to Becker, Hart had started playing "F*** the police" from his radio and others crowded around.

Becker says officers approached Hart's vehicle out of concern for him blocking traffic and released tear gas to disperse the crowd. Hart said he became infuriated after police pointed a "flashbang gun" at him and ordered him to leave. Hart did leave the area briefly, but then he returned and walked toward the line of officers, which can be seen in the video shared on social media.

Hart was about 10-feet away from the police barricade when Becker says officers said they recognized him as the man who they had asked to leave.

"Based on his previous actions and his advance toward the line, some feared he might assault the officers," reads Becker's report.

While standing and pointing at officers, Hart was then sprayed with pepper spray by one officer followed by Officer Reinink discharging a chemical round at the man. Becker says Reinink thought he had a "muzzle blast round" canister at the time of the discharge and that the two canisters look exactly alike. The "muzzle blast round" is intended for close range, unlike the canister that was actually discharged at Hart.

Becker said Reinink's actions did not elevate to the level of an assault charge due to the law of self-defense. The prosecutor also noted that proceeding with any charge against the officer would be "virtually impossible" due to MCLA 750.527, which grants immunity to those involved in breaking up an unlawful assembly or riot.

The statute titled "death ensuing from efforts to disperse riots and unlawful assemblies," says that officers are to be guiltless and fully justified in disperse efforts where death or injury occur.

The prosecutor also said that Hart would not be facing riot charges. While his actions could be "described as provoking," Becker said, they were not violent.

In response to the opinion, Grand Rapids Police Chief Eric Payne issued a statement, saying the Internal Affairs Unit is still investigating Reinink's actions. Reinink was placed on leave amid the investigation.