The Friday press conference was planned on Thursday afternoon, and in the elapsed time, there were at least three other non-fatal shootings. 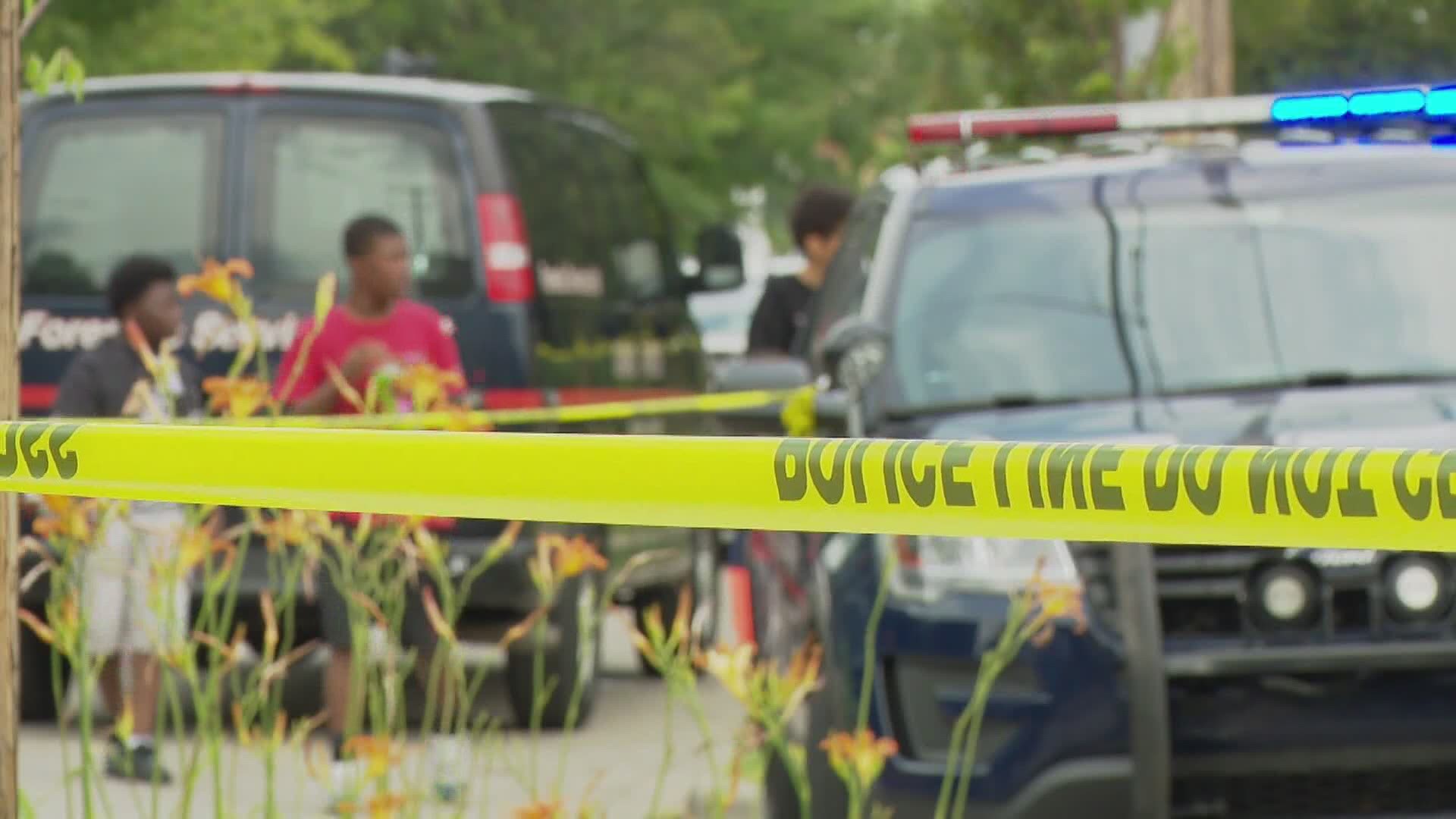 The shooting death of a 23-year-old Grand Rapids man on Wednesday marked the 12th shooting death this year. City leaders on Friday pleaded for the violence to end.

When Martell Phillips was shot and killed near Wealthy Market, Grand Rapids Police Chief Eric Payne said he was on his way to a community basketball event.

“Instead I went to our nineteenth homicide of the year; that is senseless. It’s ridiculous that this is occurring. We need to work together,” Payne said during a Friday morning press conference, where he was joined by other community leaders.

“I mean a 2-year-old is our future. And for that baby to have to experience gunfire, senseless gunfire, that's not acceptable. It has to stop,” Payne said.

The pleas for an end to gun violence on Friday mirror calls that came around this time last summer. In February of this year, Kent County Prosecutor Chris Becker and Payne announced that over a dozen people had been arrested in connection to gun violence that occurred in the summer of 2019. The plan at that time was to partner with the community to curb a repeat this summer.

“We had talked about trying to reach out, trying to prevent it this summer,” Becker said. “Unfortunately, we had COVID and COVID put a big monkey wrench in some of those plans. But, that doesn't ignore the fact that there's a call to action now, and we need it.”

And like last summer, law enforcement says that witness cooperation is lacking, which they attribute to a lack of trust between the community and the department.

That lack of witness cooperation is why Becker said investigative subpoenas and one-man grand juries were the only way to bring charges to those accused in last summer’s gun violence. This summer is following in a similar direction.

“Your silence is as wicked of violence, as the violence that's the end product of a bullet leaving the chamber and leaving a dead body,” said Rev. Jerry Bishop of Lifequest Ministries. “This year I have buried a number of murder victims.”

Of the city’s 19 homicides, which includes four deaths that resulted from a house fire on Dawes Avenue, a suspect has been arrested in at least seven. The alleged shooter in Phillips’ death, 23-year-old Jalen Travis Hoblet-Arnold, called police and was arrested without incident. And Payne said witnesses also came forward to provide their testimony.

Among those trying to end the code of silence is Marian Barrera-Young, who has been doing crime prevention for decades and also serves as executive director of the Baxter Neighborhood Association.

“I tell kids when you shoot someone, you’re shattering the families, too. It’s not just the person that you’re shooting. You shatter the whole family, and then your family. Because you are going to go to jail for the rest of your life,” she said following the press conference.

Barrera-Young said her efforts are on the ground talking to young people, and resolving issues without police when possible. She said she’s worried about the remainder of the summer.

“I don’t know what we’re going to be able to do, but we all have to come together,” she said. “That’s the key, if residents are involved it makes things completely different.”

This comes on the heels of continued calls by the community for police reform and the re-allocation of funding from the department’s budget. Payne said on Friday that he intends to release a plan for reforms at an Aug. 11 city commission meeting.

WATCH LIVE: Grand Rapids Police are addressing recent shootings in the city. This week, one person has been killed and two children were injured.