The department posted on Twitter that these two people were involved in the incident near a downtown bar. 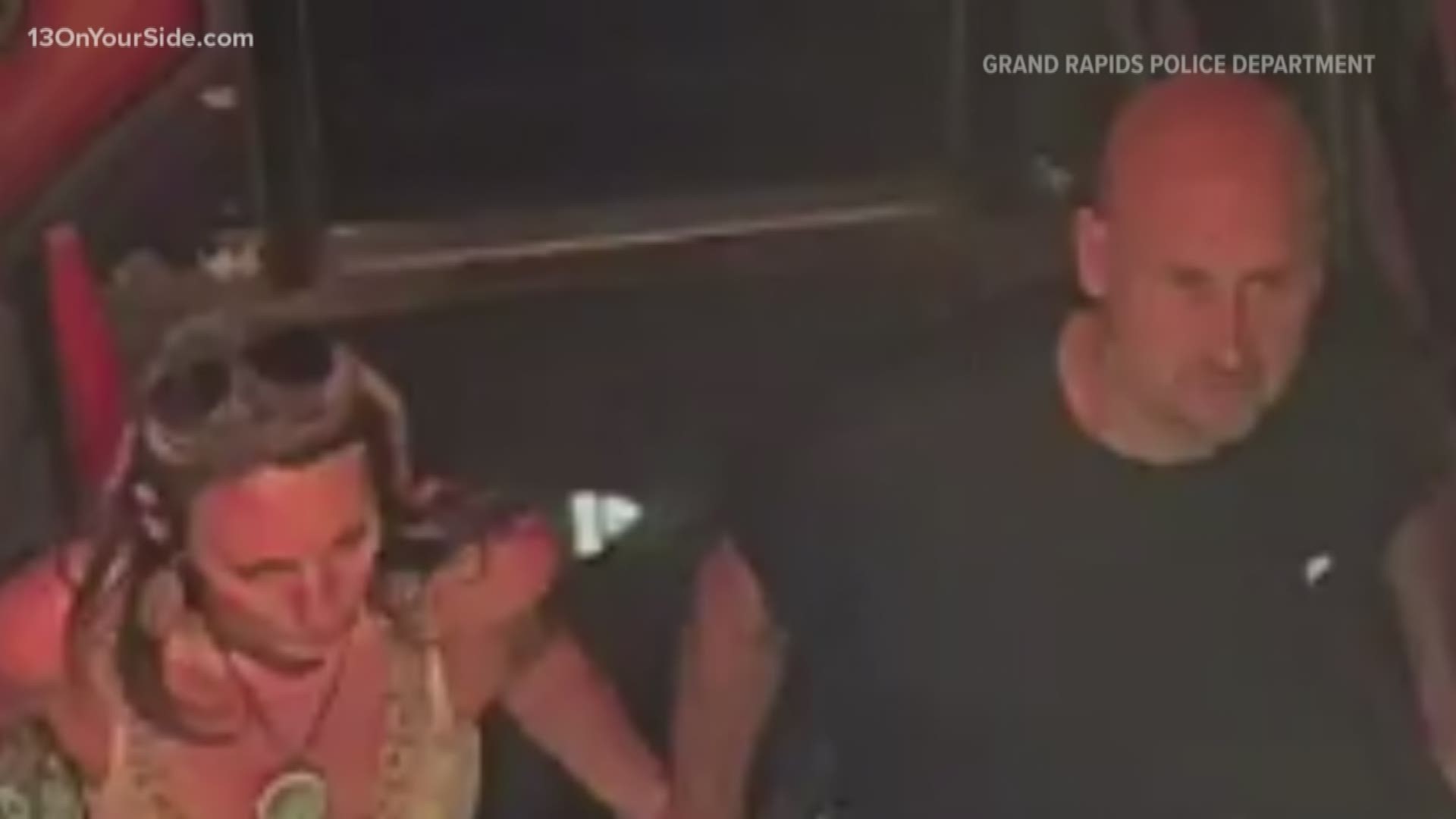 UPDATE: Grand Rapids Police provided an update on this case Tuesday, August 20 saying the couple had been identified. The case will be sent on to the Kent County Prosecutor's Office for possible charges. No other information about the incident was provided.

GRAND RAPIDS, Mich. - Grand Rapids Police are asking for the public's help to identify two people who officers say were involved in an aggravated assault.

The department posted on Twitter that they were involved in an incident that occurred near a downtown bar a few weeks ago. Police did not say which bar it was near nor when the assault exactly happened.

Anyone with information can call Grand Rapids Police at 616-456-3824 or contact Silent Observer.