Over the last week, the corner at Pearl Street NW and Monroe Avenue NW has become a place of community, discussion and protest. 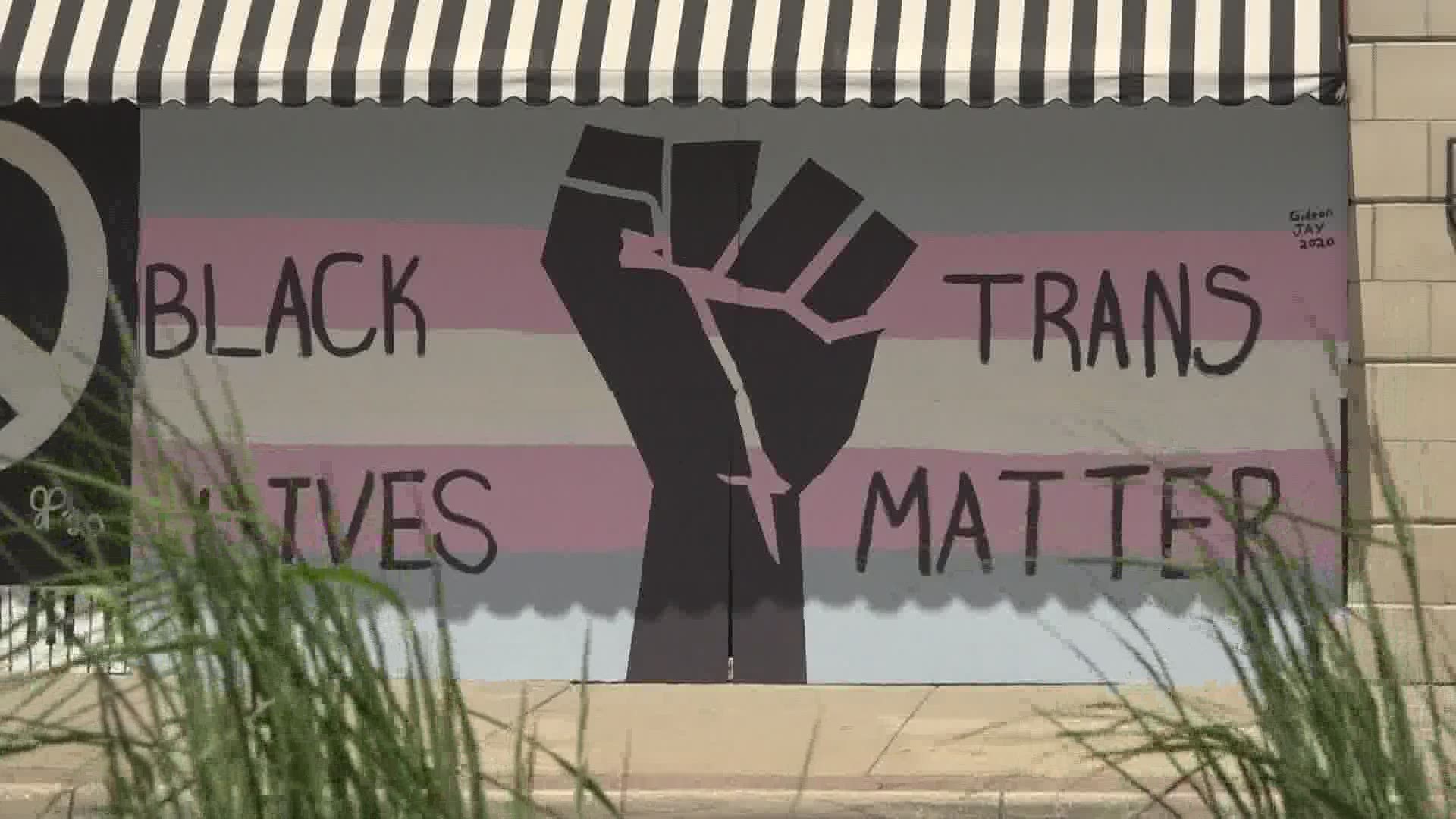 GRAND RAPIDS, Michigan — The organizers of two anti-black racism groups have started a movement in the city that's consisted of daily protests.

Justice for Black Lives, the group who organized a silent sit in last week, and Family Over Everything have created a space for anyone to take part in their protests. The movement was spurred by the first of the protests in the city in the wake of the deaths like those of George Floyd and Breonna Taylor.

At Pearl Street NW and Monroe Avenue NW, members of the groups have set up each day from noon until night everyday for over a week now.

Depending on the time and day the street corners near Rosa Parks Circle can be packed with dozens of people or just a few. People typically trickle in as the day goes on, some of them new and some of them regulars.

Protests at this corner run the gamete from dancing, chanting to having discussions with people who walk by. People are welcomed to protest in whatever capacity they feel comfortable. DeeDee Chaunte, an organizer with Family Over Everything, says protesting in itself is not something they want to have to be doing.

"However, it is a celebration, because if we didn't think we are changing anything, I don't think we'd be here," Chaunte said on Tuesday, June 9. "So, because we know that the change we are fighting for is on its way, that's what is keeping us going and making this movement even stronger."

The energy of the movement has garnered the support of area businesses like Uccello's, Biggby Coffee, Rumors Nightclub, Flanagan's and Amway Grand Plaza, which have all made donations in the form of drinks or food. It's also gotten the attention of city leaders. Chaunte says Mayor Rosalynn Bliss stops by in some form almost everyday and reassures the group that their message is being heard.

On Tuesday, following an event with clergy members, Chaunte said both Bliss and City Manager Mark Washington walked over to tell the group to keep up their efforts and that change was coming.

"Hopefully we will see the evidence soon," Chaunte said.

The city of Grand Rapids has seen a number of large scale anti-racism and police brutality protests and marches over the last week, but this protest has remained a constant, which was the intent from its inception.

"We said is one day of protest good enough? Is two days? No. So, let's stay and let's be a presence and let's offer this space to just more than our friends, but to the community, " Chaunte said.

As Chaunte spoke, a fire department vehicle sounded its alarm in a show of solidarity. Honks from passing drivers are also frequent.

The groups provide food, water, signs and anything else anyone may need, even if they aren't necessarily there to protest. Chaunte offered a water to anyone who passed by Tuesday as the temperature hit over 90 degrees.

"We can't be here occupying space without wanting to give to our community," he said.

On Wednesday, leaders from JFBL and FOE will meet with local law enforcement leaders. Each person will bring with them different perspective with the overall goal being to ensure black lives are not endangered by police.

For Chaunte specifically, he said he plans to bring up how police treat members of the black LGBTQ community.

The plan is to stay at Monroe and Pearl until they see change, and in the meantime, Chaunte encourages the community to keep showing up as they have been.

"It just warms my heart to know that in the midst of all the turmoil that we're going through on a national scale, on a world scale, there are still our local community members that have our backs and that want to join in on the good, and I really appreciate that," Chaunte said.

There will be a live music protest at Monroe and Pearl from 7 to 10 p.m. on Wednesday, June 10.

More stories 13 ON YOUR SIDE: 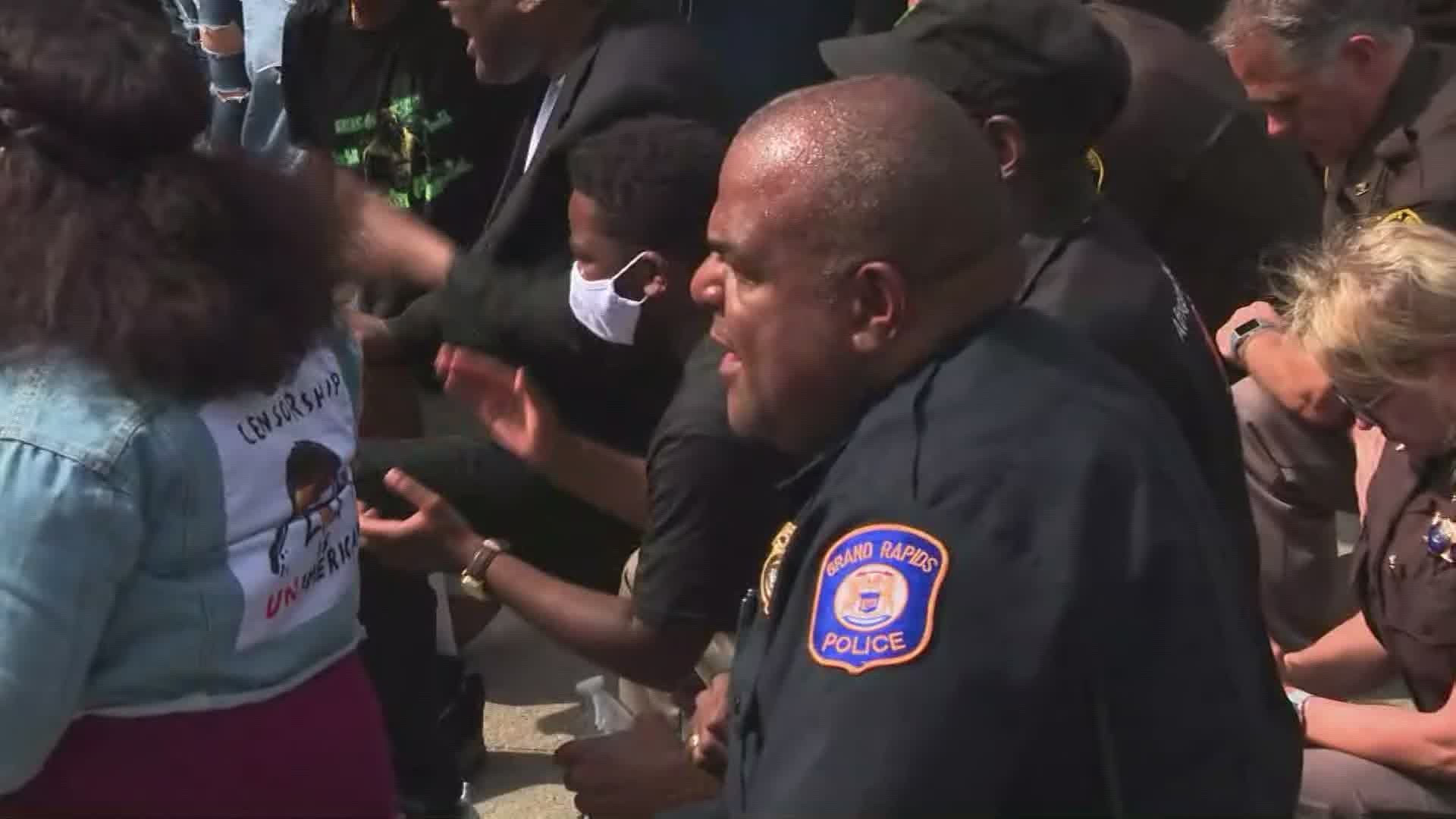