The "Grand Rapids Unity Event" said it does not support defunding police in any way. 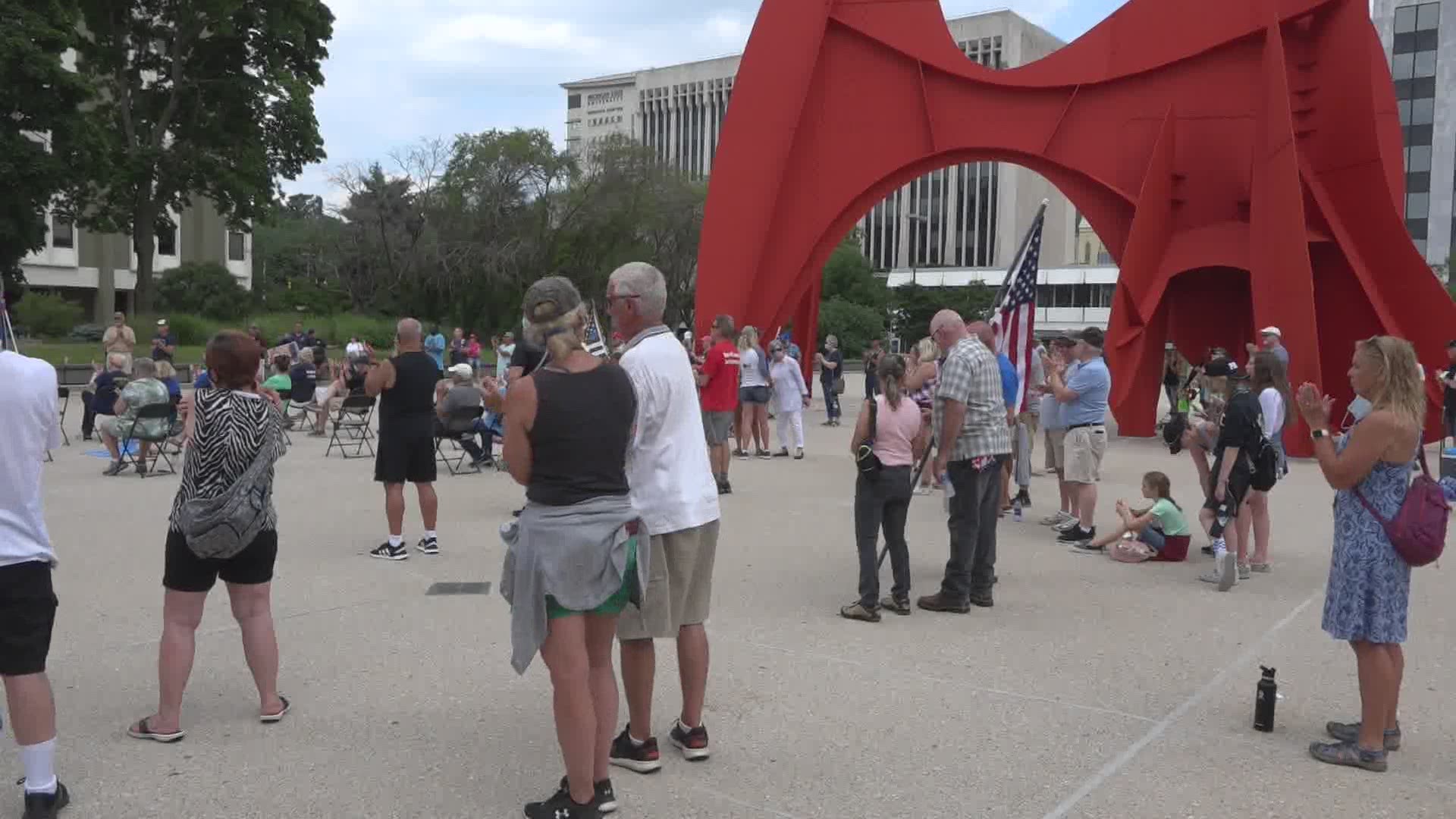 GRAND RAPIDS, Mich. — About 100 people showed up to a rally at Calder Plaza on Monday afternoon to show support for the Grand Rapids Police Department.

The event was organized by Voice for the Badge, an organization run by Johnny Brann Sr. the owner of Brann's Steakhouse, and it was co-hosted by 3rd District Congressional candidate Tom Norton.

"We want out heroic police officers to know that the citizens of greater Grand Rapids believe in and trust them. Please bring your family and friends to our rally to show our dedicated cops how deeply we appreciate them," the event description read.

Demonstrators showed up with signs saying things like: "We stand behind the thin blue line," "Thank you GRPD" and "Michigan supports police."

This rally is somewhat of a counter-demonstration to the continual protests that have taken place in downtown Grand Rapids in the wake of George Floyd's death. Those marches have made calls for police reform, with some suggesting defunding the police to allocate resources to other services.

The organizers of this event do not support defunding police in any way. The event also served as a call for unity.

"When it comes to Grand Rapids as a whole, if we don’t form relationships with each other, if we don’t come outside ourselves and get to know each other then there’s going to be a great fallout," said anti-violence activist Elijah Libbett.

Voice for the Badge said the rally was also held to collaborate with communities and police to build trust. Some of the speakers at the event were the parents of Grand Rapids Police Officer Robert Kozminski who was shot and killed in the line of duty.

"It was not only a loss, for our family," said Kozminski's mother, "it was a loss for the whole Grand Rapids community."

Kozminski was killed responding to a domestic violence call in 2007.

The event ended early because of intense heat, but one man who couldn't get off of work still carried his sign downtown after everyone had gone home because he was so passionate about the cause.

"Even if one person or one police officer sees this sign, that makes it worth it," said Michael Boerman.

"I would like to think most people are law-abiding citizens. We respect authority. We obey the law and we’re glad the police are here doing their jobs to keep our streets safe."