The Grand Rapids Fire Department said it was called just after 9 a.m. by a neighbor. 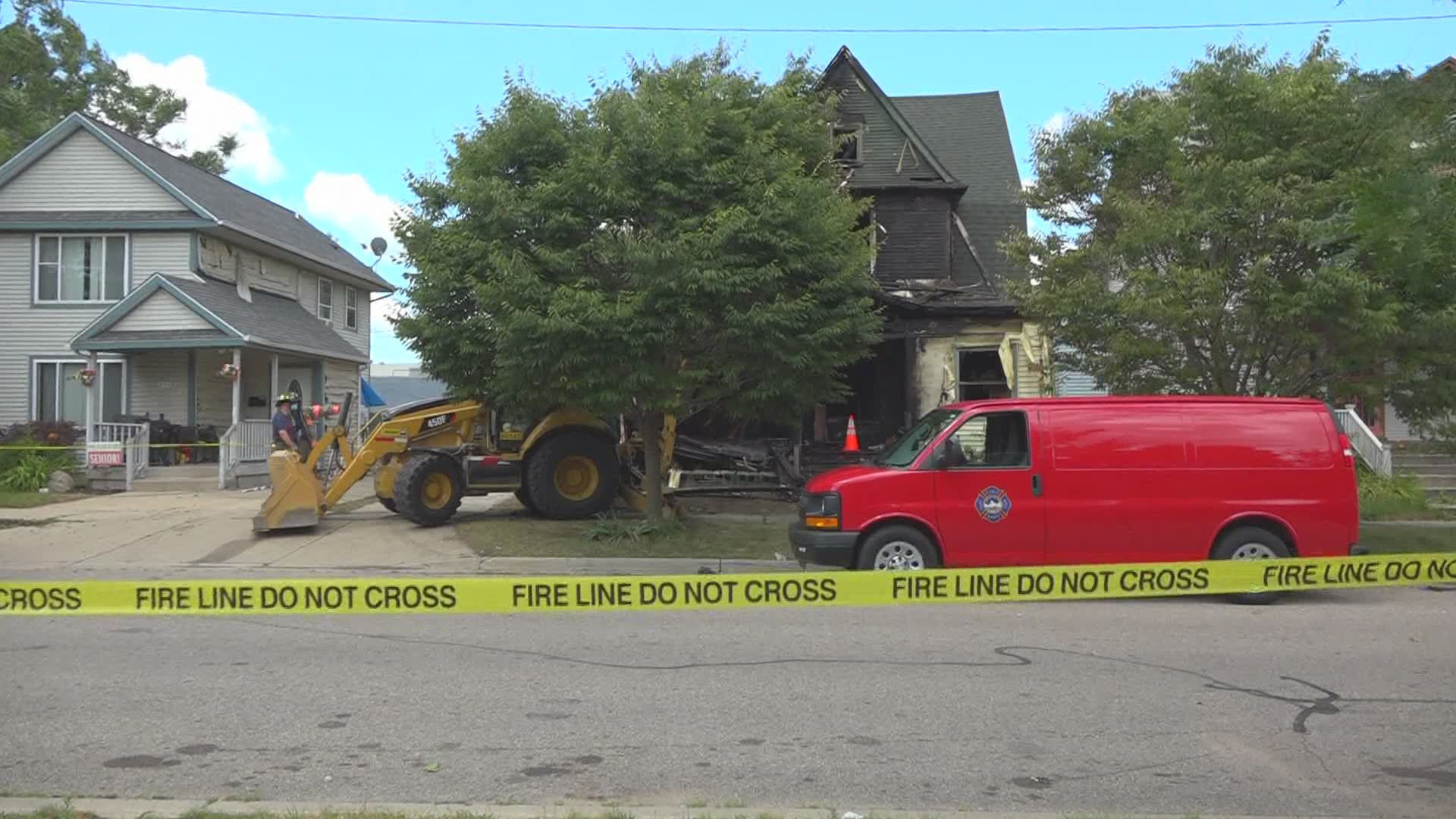 GRAND RAPIDS, Mich. — A woman and a child died in a fire early Saturday on the southeast side of Grand Rapids.

The Grand Rapids Fire Department responded to a home in the 500 block of Sheldon Ave. SE after a neighbor called to report the fire around 9:02 a.m.

Upon arrival, a spokesperson for the fire department said firefighters found the front of the home to be heavily involved and began a rescue mission.

The woman was pronounced dead on scene and the child was transported to the Helen DeVos Children's Hospital for treatment, where he later passed away.

A woman and boy have died after a fire at a home in the 500 block of Sheldon Ave. SE. Fire crews were called around 9 a.m. by a neighbor. GRFD says crews tried to rescue the two victims, but the woman died on scene & child died at Helen Devos Children’s Hospital. @wzzm13 pic.twitter.com/INFMPVkLUN

The identities and ages of the two victims have not yet been released. The family's dog was also killed in the fire.

The Grand Rapids Fire Department received aid from Wyoming, Kentwood and Plainfield Fire Departments. At one point, a total of 50 firefighters were on scene fighting the flames.

The cause of the fire is still under investigation.

Two firefighters suffered from heat exhaustion as a result of the fire, and one of the two was transported to the hospital for treatment, but has since been released.

At this same home, two women were killed in March of 2019. Charletta Baber-Bey, 47 and Keyona Griffin, 25, were found dead by gunshot wounds. The suspect in that case has not yet been arrested. Grand Rapids Police are investigating the fire, but a spokesperson for the department said they could not confirm any sort of correlation between the fire and the murders as of Saturday afternoon.