"The streets produced more money so that's what I was fascinated with," says Elijah Libbett. 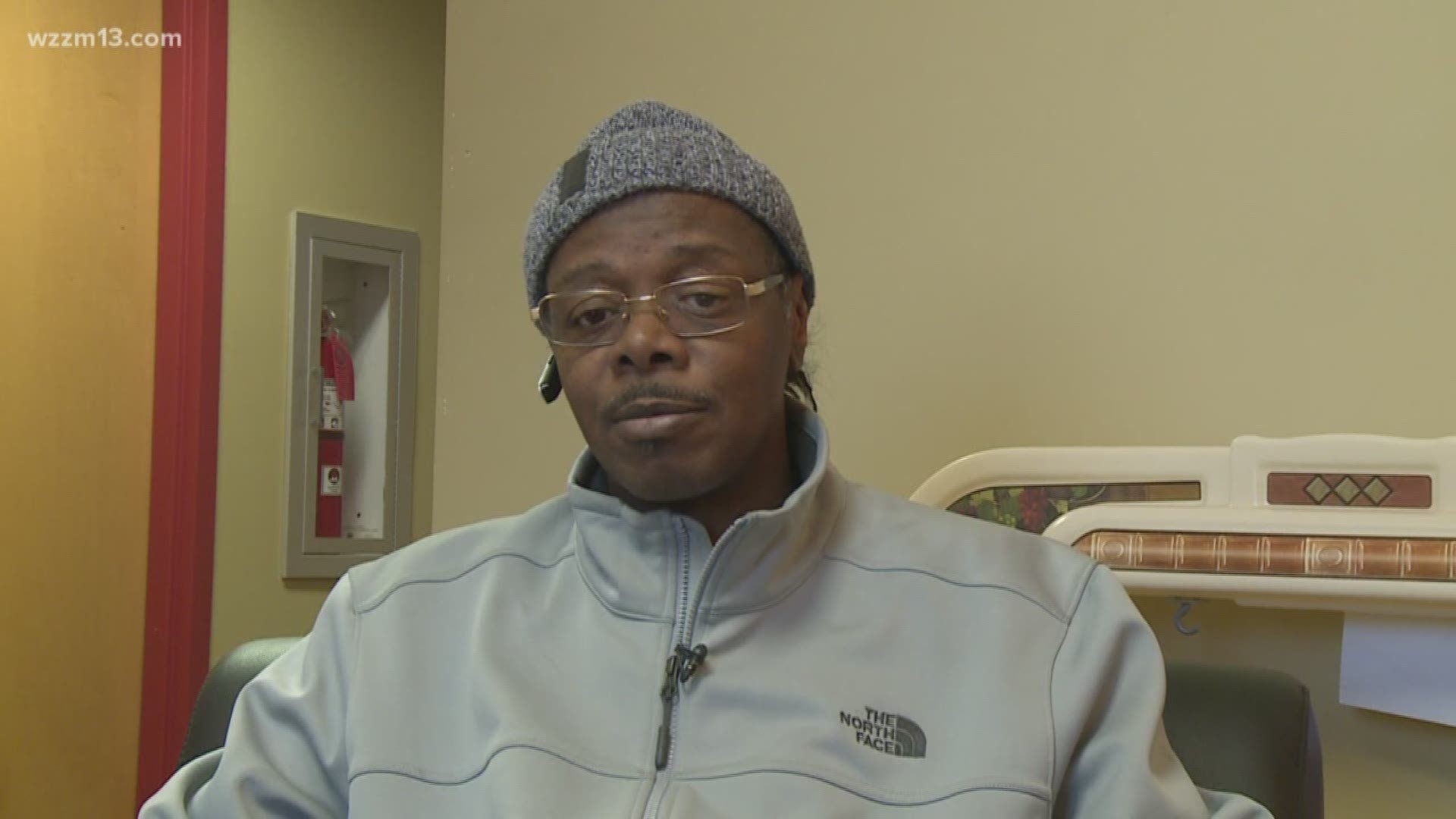 GRAND RAPIDS, Mich. — Cocaine, marijuana and heroin Elijah Libbett used to deal in it all.

"The streets produced more money so that's what I was fascinated with," says Elijah Libbett. "Drugs, the street life, pimping, drugs, stealing; just everything."

"You do drugs, you sell drugs or whatever, you get locked up and do your time...it took a minute for me to realize that I'm going to be here for a minute," says Libbett.

He spent 15 years in prison and initially kept dealing drugs while locked up but one day Libbett got a call from his daughter.

"She was crying and she was telling me that she was tired of me being in prison and that I was going to be nothing, I would always be in prison," says Libbett.

His daughter's voice cut through.

"That touched me, that was more or less the beginning of my change," says Libbett.

Libbett also got more spiritual but when he first got out of prison things were rough.

"I was on parole for two years and in that two years I got pulled over 106 times," says Libbett.

But with a strong support system, Libbet persevered. He now owns a restaurant in Southeast Grand Rapids and is part of the executive leadership team at Urban Family Ministries. This past December he helped organize a toy drive that provided 600 gifts for children and more than 1500 free meals for the community.

"I sit here today after 15 years because I decided I wanted to change my life," says Libbett.

Urban Family Ministries will hold a Freedom Day Celebration on Friday because Libbett has now been out of prison for 15 years.