The night before the election, the Michigan Democratic Jewish Caucus said pro-Trump messages were painted on graves at a Grand Rapids cemetery. 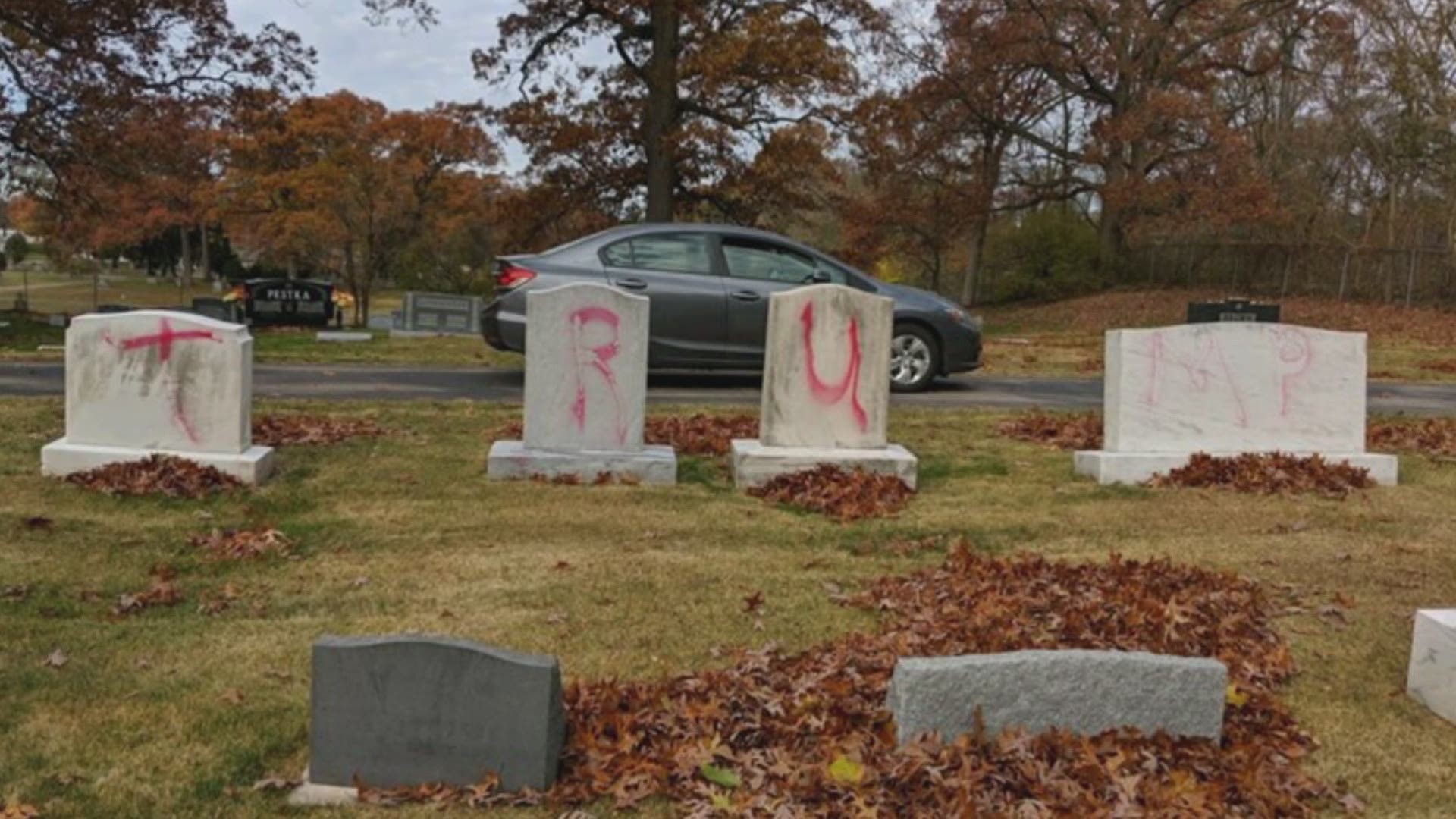 The caucus said the vandalism occurred at Ahavas Israel Cemetery, and photos show the words "TRUMP" and "MAGA" painted onto the graves. These statements were painted on the night before the election, the same day President Donald Trump is holding a rally in Grand Rapids.

"We are appalled and outraged by the desecration of Ahavas Israel cemetery in Grand Rapids, a year after the city’s reform synagogue was vandalized with antisemitic imagery, and on the day Donald Trump is slated to close his campaign with a rally in Grand Rapids," the Michigan Democratic Jewish Caucus said.

In October of 2019, a Grand Rapids temple removed anti-Semitic posters from their building.

The Grand Rapids Police Department said that officers were dispatched to Ahavas Israel at 1801 Garfield Ave. NW. They said that six headstones were spray-painted, and it "appeared the damage was relatively new."

Police confirmed that four headstones were spray-painted with "TRUMP" and two others had "MAGA." There are no suspects at this time.

"Make no mistake, this heinous act was committed on the eve of the 2020 election to send an intimidating message to the president’s opponents, and particularly, Jewish voters. But it has failed," the caucus said.

The Ahavas Israel Cemetery is located in the northwest part of the city off Richmond Street and Bristol Avenue.

The caucus said this does not intimidate Jews in Grand Rapids from voting, rather they will "head to the polls tomorrow to vote against this president and the hatred, violence, and antisemitism he so callously incites."

U.S. Rep. Justin Amash (L-Cascade Township) tweeted about the incident, saying, "We stand united with our Jewish friends and neighbors against this disgusting act of vandalism, desecration, and hate toward our fellow human beings. Anti-Semitism must find no home in our community."

Trump is holding a rally near the Gerald R. Ford Airport Monday evening around 10:30 p.m.

“This attack on our Jewish community in Grand Rapids speaks volumes about the choice confronting our country in tomorrow’s election. It is long past time to elect leaders who care about the communities they serve, who will defend the rule of law and stand up to hatred and violent extremism - not stoke its flames," said Cary Fleischer, Grand Rapids regional chair of the Michigan Democratic Jewish Caucus.

13 ON YOUR SIDE reached out to the Trump campaign for a response.